A deeper shade of blue to be ‘true blue’ 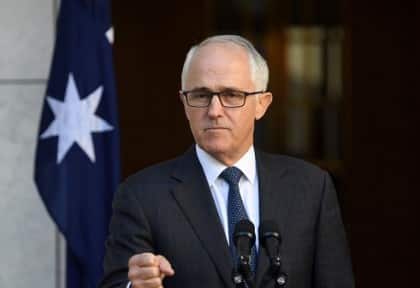 In his song ‘True Blue’, folk singer and writer John Williamson sang about being “authentically Australian”. Prime Minister Malcolm Turnbull’s recent changes to 457 visas and the citizenship process will further define who is and who is not ‘true blue’.

It was but a matter of time before the government clamped down on how the 457 visa was being implemented. While the majority of 457 visa holders and sponsors are following due process, there have been reports of exploitation in occupations such as the food industry and hairdressing. National newspapers have had headline stories on this and yes, the Indian Australian community has figured prominently among those exploiting the system.

Neville Roach, who chaired the 1995 report recommending 457 visas, has stated that over the years the programme moved away from what it was meant to do – that is, focus on helping grow the sectors of finance, resources and IT – and that now is a good time to look at reforms.
There are going to be those who will be effected by the changes to the 457 visa regime, but on the whole, the new system seems to be fairer and more practical than the old one which had spiralled out of control. There are some practical issues, such as work experience for university researchers, but it seems that the government is willing to show some flexibility in this area.

What is more confronting, however, is the placing of speed bumps on the road to gaining citizenship. Now migrants will need to be a permanent resident for four years (up from 12 months), undertake a stand-alone English test and also commit to embracing Australian values.

That last one has come in for a fair bit of debate: what exactly are Australian values? One will wait for these to be better defined, but values currently mentioned, such as a sense of being involved in the local community, respect for women, acknowledging equal opportunities for all, and the ethics of contributing to society through the paying of taxes, are values which make one not only a good Australian but a good person, and so must be welcomed.
However, the issues of time delay on becoming a citizen, or stricter English language testing, need to be debated further.

Becoming a citizen does give one a sense of belonging and also allows one to participate in one of the most important activities of a democracy – voting to elect leaders. In Australia, we have a vibrant democracy with compulsory voting. Governments change if citizens are not happy with them. For those who are residents of Australia, the inability to elect their political representatives for at least four years leaves them disenfranchised.

It is also unfair to equate the ability of being a good citizen to being able to write, speak and understand English. It appears that in 2014-15, Vietnamese applicants failed 17 times more than Indians when taking their English language test. This does not make people of Vietnamese heritage bad candidates for Australian citizenship. At the same time, migrants from the UK, Canada and New Zealand will not have to take an English language test to become citizens; this does not make them better candidates for citizenship.
The government needs to be careful that their proposed changes do not give rise to two classes in Australia – those with strong English skills who can gain Australian citizenship more easily, and those with great values but lower language efficiency who languish outside the system. One great Australian value is to give everyone a Fair Go – perhaps those who are designing the system need to have their own Australian values tested.