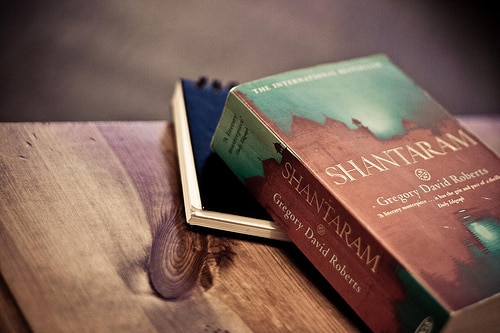 Having looked at books on Delhi and Chennai in previous columns, we thought we should keep to the theme and cast our eyes to books that have been written about, or set in, Mumbai. We have reviewed some of these books previously, but mention them here again as they form part of the corpus of books on Mumbai. None of the books – except perhaps Suketu Mehta’s Maximum City – set out to capture the spirit, the zeitgeist, the elan, of the city as a whole.

On the non-fiction front, editors Jerry Pinto and Naresh Fernandes’s book Bombay Meri Jaan (2003) is a wonderfully eclectic collection of essays on all things Mumbai. One short essay captures part of what makes Mumbai what it is: “If you…reach the station just as the train is leaving the platform, you can run up to the packed compartments and you will find many hands stretching out to grab you on board. As you run alongside, you will be picked up, and some tiny space will be made for your feet on the edge of the open doorway. The rest is up to you…”

Zero Point Bombay: In and Around the Horniman Circle by Kamala Ganesh, Usha Thakkar and Gita Chadha (2008), is a book that takes the magnifying glass to one particular Mumbai locale. Horniman Circle is both the birthplace of the city and a centre of business life, and is celebrated in the 21 essays in the book.

Jeet Thayil’s book Narcopolis (2009) is a book of opium dens and drug addiction in Mumbai. He traces the rise of modern Bombay in the early years to the part played by the opium trade during the Raj, and that of the city and its merchants.

Greg Roberts’ Shantaram, (2003) is an autobiographic account of the time he spent in a Mumbai slum. More than 10 years after it was first published, the book has remained, strangely, on the best-seller list in India. Even now I see the book being displayed in book shop windows in India and remains popular; in an ABC Radio poll done a few years ago, this book showed up in the ‘100 best-loved books of all time’ in Australia. 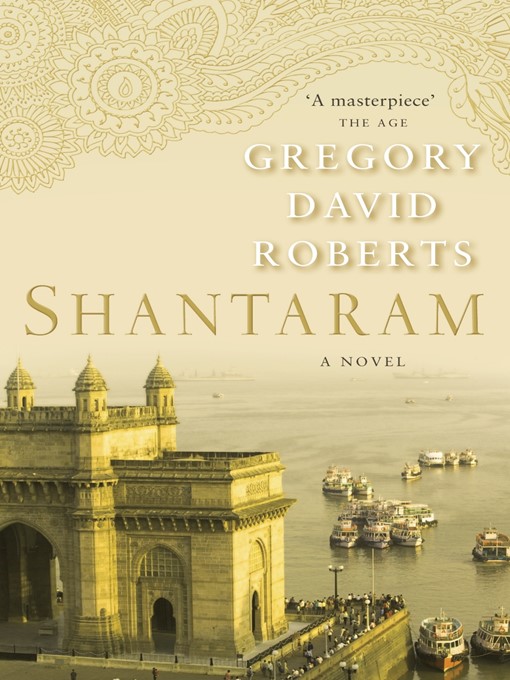 Katherine Boo’s Behind The Beautiful Forevers: Life, Death, and Hope in a Mumbai Undercity,(2012) is also an authentic account of life in one of Mumbai’s slums, but told like a novel.

Anita Desai’s tenth novel, Baumgartner’s Bombay (1989), is the story of a wandering Jew from Berlin who escapes the Holocaust and comes to live in Bombay, in a seedy apartment behind the Taj Hotel. In his old clothes and ill-fitting shoes, he is as incongruous as the Taj Hotel itself, built by mistake with ”Its back to the ravishing sea-front, thus driving the architect, an Italian, to suicide”. This is a very cerebral novel in which Desai grapples with several complex phenomena: what is home, and how does one make a home in a city that only partly accepts you; how does the city itself change as you change with it.

Vikram Chandra’s Love and Longing in Bombay (1997) is a collection of five haunting tales set mostly in Mumbai. The lyrical stories deal with life and death, love and grief, envy and corruption.

Manil Suri’s debut novel Death of Vishnu (2001), and Kiran Nagarkar’s Ravan and Eddie (1994) are very entertaining tales located in the city’s sprawling chawls or tenement blocks. They capture with wit and – and a certain empathy – the petty quarrels and fish-bowl like existence of living in one of them. Everyone knows everything about everyone else. The following scene that Nagarkar describes can be transplanted to a chawl or tenement anywhere in India. “The prime mover is water,” he writes. “You snapped out of anaesthesia, interrupted coitus, stopped your prayers, postponed your son’s engagement, developed incontinence, took casual leave to go down and stand at the common tap…because water, present or absent, is more powerful than the Almighty.”

Saraswati Park, a 2010 novel by Anjali Joseph, is not all that well-known, although it deserves to be. The protagonist Ashish, who comes to live with his uncle and aunt in Saraswati Park, a quiet cul de sac in this busy city, is a young man on the verge of the throes of adulthood. Through his experiences, the author brings to life and encapsulates the quieter and quirkier side of Mumbai. The book is lyrical, funny, and very insightful about the way the ordinary Mumbaikar goes about his life. 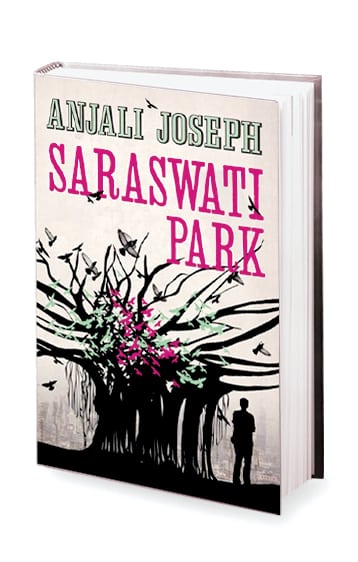 Rohinton Mistry’s books evoke a certain slice of Mumbai – the Parsi community. His collection of short stories Swimming Lessons and Other Stories and Tales of Firozshah Bagh; his debut novel Such A Long Journey, his novel Family Matters, and his magnum opus A Fine Balance, are centred around the Parsi community in Mumbai. To these I would also add Firdaus Kanga’s autobiographical Trying to Grow (1991) and Thrity Umrigar’s Bombay Time (2003) and The Space Between Us (2007). 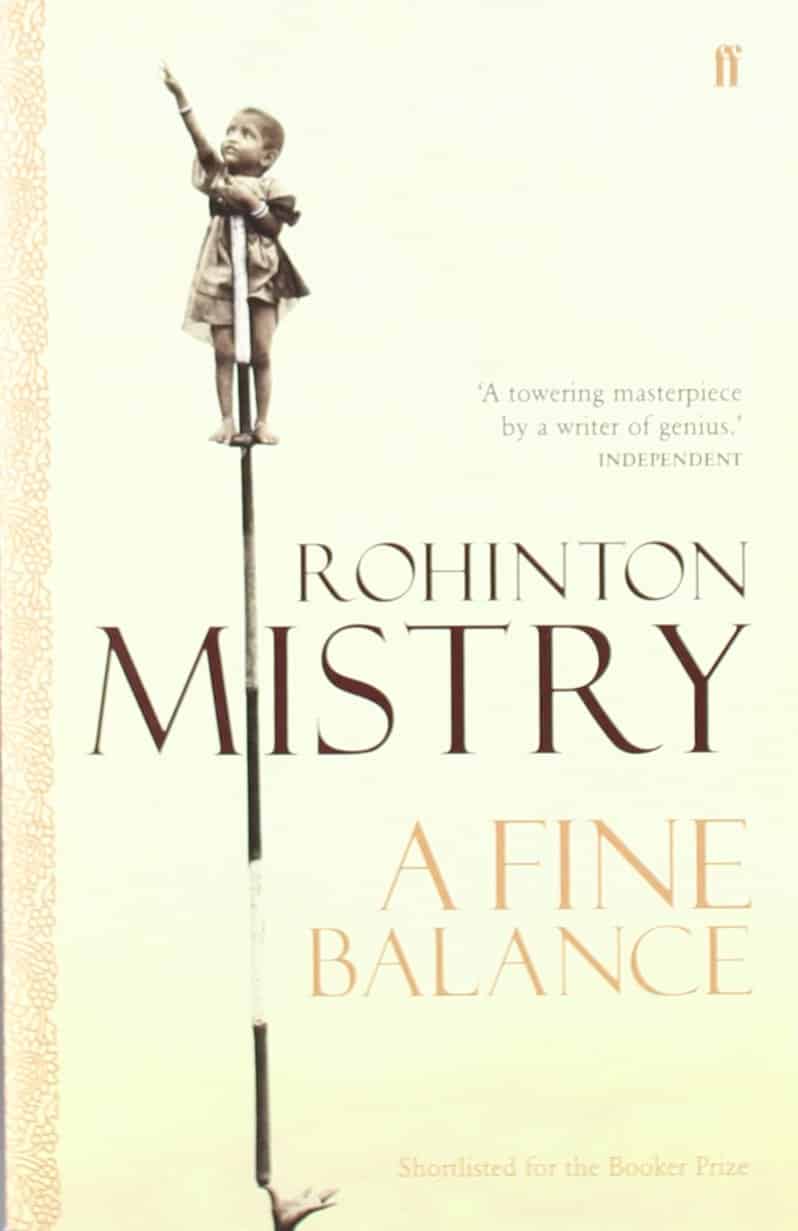 Then there’s a series of novels set in the Bollywood movie industry. Shashi Tharoor’s Show Business is a very funny novel set in Mumbai. Susan Kurosawa, a Senior Editor with The Australian newspaper wrote the novel Coronation Talkies (2004), an entertaining yarn about a very feisty woman who comes to own a cinema. Vikas Swarup’s now famous novel Q and A (2006) – made into the successful movie Slumdog Millionaire – is located largely in the slums of Mumbai.

Salman Rushdie’s The Moor’s Last Sigh (1995) is a very funny novel with a Mumbai locale; his evocative descriptions of Chowpatty Beach are delightful to read. Rushdie’s epic story of Indian identity, a Man Booker winner, Midnight’s Children (1981), is also in many ways a celebration of Mumbai.

Murzban Shroff’s book Breathless in Bombay (2009) is a collection of 14 brilliant short stories, all set in contemporary Mumbai. His beautifully observed descriptions of Colaba, Apollo Bunder, Ballard Estate, Leopold Café (one of the tragic scenes of the 26/11 terrorist attacks) and the Marine Drive would be savoured by every Mumbaikar. The book was short-listed for the 2009 Commonwealth Writers’ Prize.

Paul Theroux’s Elephanta Suite (2007), the book dubbed ‘The New Passage to India’(in three novellas), describes attempts by Americans to come to terms with life in India – one of them with Mumbai.

This is by no means an exhaustive list, there may be scores of other novels on Mumbai that some of you may have up your sleeve!