Home Front Page News Living in a world of migration 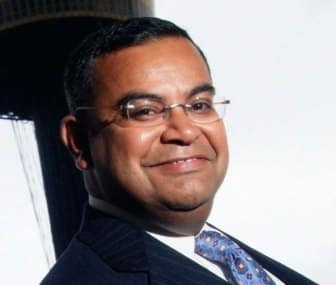 Speaking recently at a function in the UK , well known author Salman Rushdie touched on the theme of global migration. “We live in an age of migration. There are more people now living in countries in which they were not born, than in the rest of human history combined.” Rushdie’s observation on the flight of human capital between countries – whether economic or political refugees or with family reunion motives – was that humanity is on the move, and will continue to be so for seemingly the better part of this century.

The world population of over 7 billion, combined with increasing awareness of what lies on the other side of the world thanks to the media, the internet and cheap travel, has allowed the exodus of people to take place much faster and in quicker time than in any other time of history.

This movement of people brings different sides of our characters to the fore, some of them good and others not so good.

Over the past few years, one has come across a number of Indian entrepreneurs who have linked the business opportunities in their adopted country Australia to opportunities in India . On one side, there are those who, having lived here for a few years, have migrated back to India, established back offices in business processing in IT and now travel regularly to Australia to tender for business here for their teams in India. There are yet others, who have successful businesses in Australia but have over the past few years, set up back offices in India and so, while living in Australia travel regularly to use the skill set in India to provide services to their Australian customers. These entrepreneurs are normally young Indian migrants who are flexible and global with their approach in the business world.

Even at a more basic level, there are an increasing number of local travel agents who are setting up call centres in India for their basic travel enquiries: once the customer is won over, the tickets can be picked up from a physical office in Australia , which allows the customer to have assurance of a face-to-face contact.

On the negative side, the arrival of new people in the country creates fear about job security and lifestyle changes for the existing community. As different cultures with different traditions, lifestyle, clothes, food, languages etc flood into the country, it is normal to feel concerned about change in the social fabric. It is often left to the leaders to explain the benefits of the change and how the tapestry of society can be enriched. Sure, there could be initial teething problems but over a longer period, the strength in the local culture should be strong enough to absorb the habits and lifestyle of the new migrants.

Xenophobia can raise its ugly head as vested interests speak out against the new arrivals. In a veiled manner, this was experienced when the recent proposal to bring in 1,700 overseas workers raised the shackles of the Australian Union movement. Most of the leaders, themselves from Irish and Scottish backgrounds lost sight of the bigger picture behind this proposal and their reaction was hostile. That the Prime Minister of the country could not explain the benefits of this migration agreement, rather feigned ignorance, was criticized by all.

With global migration at this scale, the challenge will be for greater education about the benefits of these changes to society. Leaders need to speak out and play down the shock jocks who prey on the feelings of paranoia and xenophobia of the masses. At the same time, new migrants need to work hard in keeping alive awareness of their roots and appreciation of where they came from and yet, assimilate in their new adopted countries.