Home Arts Let Parramasala be about the arts, not community politics

The point of Parramasala is to promote the arts, not local businesses and leaders 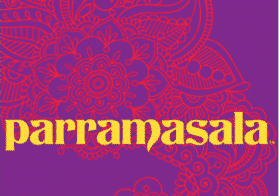 There has been some comment in recent weeks about the community’s “dissatisfaction” with this year’s Parramasala, the South Asian performing arts festival, which is to be held from 17-19 October.

This was sparked by the launch of the festival at the end of August. The displeasure seems to stem largely from who was invited, and who wasn’t.

The note of discontent started off as a Facebook rant that got shared around (not even a media release), and was picked up by a community newspaper and turned into a poorly-edited story with not even a spell-check run through.

Apparently, “big promoters in Sydney who do shows all year around”, were not invited to the launch, or even consulted on the organisation of the festival.

Parramasala, it was pointed out, is going to be run by a “select coterie with, disappointingly, the blessings of the local government”. It has been claimed there are no “mechanisms in place to have more broad-based consultations with several sections of the subcontinental communities”.

Parramasala has lost touch with the communities of the western suburbs, it was claimed, with neither South Asian businesses nor community media groups involved in the event with a view to spreading the word and getting more involvement from them, as well as other sections of the community.
It was concluded that “some sections of the subcontinental communities of the western suburbs of Sydney feel excluded and disappointed with the way the festival is being organised”.

As the article proclaimed: “If big festivals do not involve the local community groups, businesses and leaders, what is the point”.

Surely the point of the festival is to promote the arts, and not local businesses and leaders?

At Indian Link we’ve pointed out before that Parramasala provides an opportunity for community artists to showcase their stuff. It is hard enough as it is for the arts in this country, and even more so for migrant artists. Now, here’s a chance to see community-based theatre groups, local poets, and home-grown film-makers get on that stage and strut their stuff. Why are the detractors taking the glory away for the artists?

Let Parramasala be about the arts.

Parramasala is a platform for our artists, not for organising committees.

Or for community bigwigs to get their photo ops and media mentions.

It’s time to back our artists instead. Let them show us what they are made of.

Some unique acts have been picked this year and, from our research, seemingly through proper procedure, where interested parties put in for their work to be recognised.

If Parramasala can give rise to a few more Anh Dos, Nazeem Hussains, or Akhmal Salehs – all new Australians who have made it big in an arena where brown faces are hard to come by – then it will have done its job.

Members of the Indian community in Australia have already made their mark as doctors, academics, IT experts, even service providers like taxi-drivers, security personnel and retail staff.

It’s time we did our bit to help those who have a talent in the performing arts, so let’s not diss Parramasala: it is providing artists a valuable platform to get a foothold into the mainstream entertainment industry.

As for the detractors, the “big promoters” no doubt do a good job and meet the entertainment needs of the community, but Parramasala is a different kettle of fish that showcases South Asian arts to the mainstream. What is suitable for the community (a vernacular or regional entertainer perhaps), might not be suitable in the mainstream. The “big promoters” must indeed continue to do what they are doing, but let Parramasala be a different affair.

By “a select coterie”, the detractors are no doubt referring to the organising committee? Surely as a government-funded large-scale event, there will be a government-appointed organising committee that will oversee the affair. Perhaps we should wait for the event itself, to see whether the organisers have done a suitable, credible job. If they haven’t, then of course you can make your displeasure known to all concerned authorities (hopefully not via Facebook but through a more credible forum), and indeed the public too.

You might not have confidence in the current organising committee, but at least wait to see what they put up on offer and how they conduct the festival.

Regarding losing touch with the community, attempts have actually been made to include the community in the neighbouring suburb of Harris Park. South Asian businesses and community media groups were both involved in the launch. (Were not a local restaurant and a spice shop part of it? Or is that your problem, that your businesses were not picked?) Formal letters of invite did go out to all major media outlets. Indeed, at the launch itself, speakers directly addressed the media about spreading the word.

Yes there’s more than a few things wrong with Parramasala –poorly picked acts in previous years, latching on to other events around at the time to increase the profile (for example the Shah Rukh Khan show), the lack of A-list acts this year, an over-reliance on Indian as compared to other South Asian features, and a rather subdued program thanks to depleting funds.

But at least it continues to be about the arts.

And we continue to have a South Asian arts festival!