Home Front Page News It's not ‘just a game’!

SANAM SHARMA still hoped India would save face, until England handed the team an innings defeat 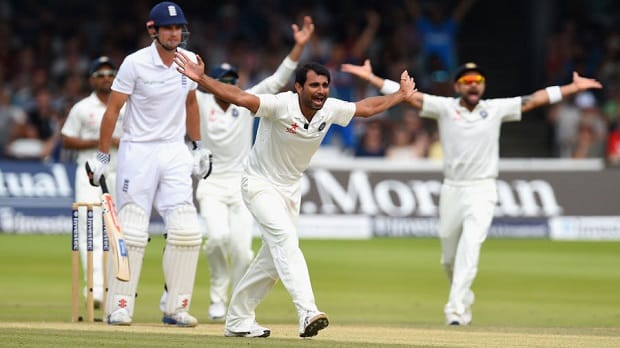 It was 10pm on Saturday night Australian time. Lunch had been called at Old Trafford, England on the 3rd day of the 4th test match between India and England. India, as they usually do on away tours, were struggling big time to save the game. England were already 180 odd runs ahead in the first innings with a couple of wickets to go. The pitch was evidently assisting seamers and quickies. All ominous signs for India going into the 2nd innings.

I quietly hoped for India to get through day three with minimal further damage and then wished for some divine assistance from the rain gods on days four and five. Just to save face. And the test match. Winning the game was never an option after the first 30 minutes on day one.  The heartache of the underperformance by the Indian team was too much for me to put up with in a conscious state of mind. So I went off to sleep.

Around 3.30am I somehow woke up. My mind went straight to the game being played at Old Trafford. “Let me go switch the TV on in the living room and watch the rest of the game,” I thought to myself. As I started to wriggle out from under the quilt, I glanced at my wife sleeping next to me and decided to refrain from turning on the TV. For the next few moments I lay in bed staring at the ceiling. My mind furiously trying to contemplate the status of the match.

“Perhaps India managed a deficit of 190 runs and then the Indian openers put in a 200 run partnership in the second innings while I was asleep,” was the positive thought in my mind. I felt so good even thinking about that scenario, as improbable as it seemed in reality. “What if India were four down for 80 odd by now, still trailing by 100 runs?” was the next thought. I think I actually shivered and then abruptly discarded such a blasphemous thought and stuck with the former scenario. The best case scenario from an Indian’s perspective. Albeit a wishful scenario.

I wriggled a bit more in bed, trying to figure out a way to sit in front of the TV and see what had transpired at Old Trafford. I felt a little nudge from my wife, as if to say “stop moving and go to sleep, for God’s sake, you silly man”. I went back to staring at the ceiling, my head still bursting with permutations about the test match. Then, a light bulb went off (pun not intended) in my brain. I fiddled in the darkness across to the bedside table, stumbling to find my phone. A sharp manoeuvre and I had my arm below the edge of the bed, almost touching the carpet, with the phone in my hand. I held the phone and lit it up, without alarming my sleeping wife with the bright glare. 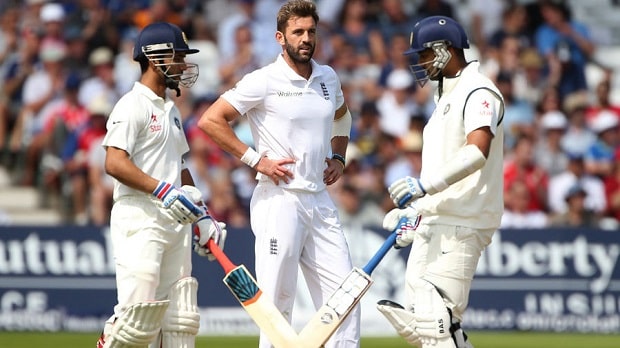 Then, a deep breath as I punched in the website to check the live scores. As the website loaded, I awaited with eyes closed in anticipation – and a  quick prayer, much like I used to do prior to checking exam results in school. It worked most of the times in those days, so I hoped for a similar miracle here as well. I squinted from the corner of one eye to see if the website had finished loading. I mustered all my courage and faith to open both eyes. And then with one big hurrah, I looked straight into the phone screen. Anticipating a miracle from the Indian Team, yet again, for the millionth time.

The phone glared back at me with the headline: “Ten Men England Team Smash India by an Innings”. I rubbed my eyes a bit to make sure I was reading it correctly. Then looked at the phone again. It still read that India had been decimated by an innings and 54 runs. I felt like throwing the mobile phone against the wall. But then felt another nudge from my wife, in good time, to refrain from doing so.

My mind went numb all of a sudden. And so did my body. My first thoughts went to a good friend from Pakistan who I knew would have been itching to message me on Facebook to rub in the result of the game. For the past three days he had been pestering me about India’s performance, since India were reduced to eight for four in the first hour of the game. He even sent me a few screen shots of the Indian dismissals to rub it all in. I had kept assuring him that I would have the last laugh. Like you do with anyone from Pakistan. On any national matter. I now knew that I would not have much of a comeback to respond to his taunts.

As I finish writing this post I have three Facebook messages flashing on my phone from my Pakistani friend. Damn!