Home Features What it means to be an Indian gay dad 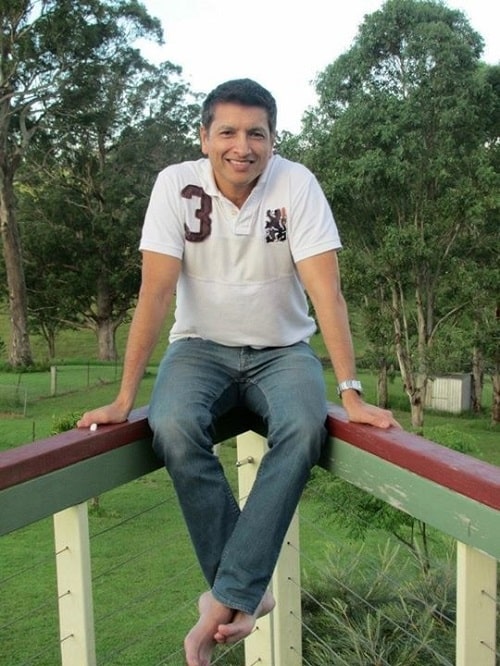 Alan Maurice (AM): I am. Trikone is a social support network for South Asian gays, lesbians, bisexuals. I came to Australia in 1977, as an 18-year-old. I lived with my mum here. She arranged for me to meet with a Portuguese girl one day. I figured later that it was probably just as good as any Indian arranged marriage (laughs). We met, and within a year I realised I had some feelings for her; I didn’t start with any feelings for her, so I thought this Indian idea of arranged marriage must be real because obviously you don’t fall in love at first sight, there’s no such thing. We got married a year and a half later. I was 26. We had our first son when I was 28. Today, he is 31. Our second son came along in 1992, and at the same time as that happened, these (other) feelings started to get much stronger in me. Even though I was really happy for 10 years in my marriage and life was great – we had great social life etc – I think I was trying to hide something. We went out a lot; I dragged her to every Indian movie I could find (because she’s not Indian); met with family, went out dancing and clubbing with friends. When our second son came, there was this explosion of emotion and at the same time I met somebody in my workplace, an English guy I felt completely in love with. I had no idea what was going on actually. I then started to realise ‘Achcha, so this is love, this is what it means’. Well not so much ‘this is love’, but more like ‘this is love at first sight’.

My challenge was, I was still in love with my wife; in fact, I still am. It was a very dark period for me and it was very hard for her – but I knew I had to move out of the marriage. My boys were very young at the time, aged four and one. I lived together with my new partner for 16 years.

During that time I was very connected to my wife and my sons. I would go twice a week and spend time with them, sing them lullabies at night, make up stories to tell them when I was trying to put them to sleep. But it was a very difficult time. I think they were too young to realise the detail, but it’s hard enough when a marriage breaks up, and it’s definitely hard on children. I know this from my own experience when my parents broke up.

So what she and I did was, we put our children first and we tried everything possible to make sure their lives were balanced – I hate using the word ‘normal’.

Skyway through many years, today we have a very good relationship. In fact my ex-wife and I only became ‘ex’ about three years ago – we were still married for all those years. We just didn’t see the need to get a divorce, I think we both felt that it was a clear-cut arrangement.

So anyway, we still have a good relationship. My sons and I are good too; my older son did go through some difficult times (that was more to do with the break-up of his parents than anything else) He’s a very strong guy; emotionally he’s a bit charged up so I wasn’t sure how to deal with it. But over the last five years we have a very good relationship and we’re in business together. One son’s a builder and the other’s an electrician, and I manage their books for them.

Listen to the radio interview here. 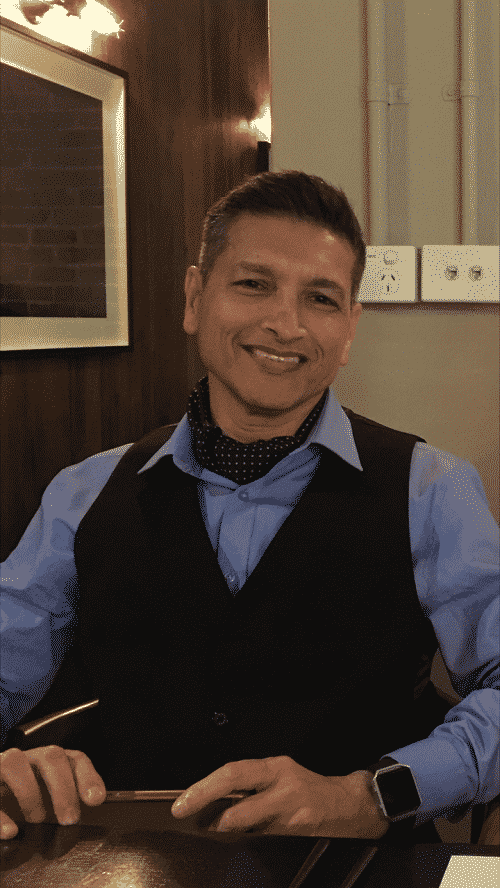 KH: You don’t look like a father of two boys aged 25 and 31! So here’s the thing Alan, one of the issues in the ongoing debate about marriage equality, is that same-sex relationships are not good for kids. The perception is that parenting styles are not healthy, and that the kids face physical and mental health issues. But you seem like a wonderful family man: what was it like raising two kids that you seem really proud of.

AM: Look, it’s definitely not easy, I wouldn’t rush out and say, go have children. But to me it makes no difference if you are gay parents or straight parents. If you’re going to have unhealthy children, it’s going to happen, more out of bad habits and not looking after them and watching over them, than anything else. You only have to look across the whole spectrum of families to see how much dysfunction there is anyway. So from that point of view, we are really blessed. But, sure, we did have problems.

Going to soccer matches, or parent-teacher meetings, it was always difficult, because invariably, someone was looking and saying ‘Where’s their mother?’ or when she went, ‘Where’s the father?’. Even at that level, there is a taboo, as to why the parents aren’t together.

On the soccer field, guys might make jokes about gays… and you have to watch your son try to process this horrible experience, of someone saying something knowing his dad is standing right there. And you think, do I say something? How do I support them? It’s a really tough time. And they went through some really tough times. One day my younger son and I were walking down the street in Newtown where I live and these young Middle-Eastern look guys drove by in a car and screamed out some homophobic abuse. My son, 13, was in complete shock. He couldn’t believe it. But it actually made him stronger in his desire to defend people like myself right across. Now, he’s got a strong sense of social justice from things like this.

KH: At 25 and 31, your boys must be looking at relationships themselves. How will you going to deal with that – if their family is not open to the idea of same-sex marriage or same-sex parents? Have you thought about that?

AM: Think about it all the time. In fact, even when they meet a girl for the first time, our first reaction is ‘oh god, now we have to come out again’ in some shape or form. But the blessing is that both my sons are completely okay with it. So when they meet girls, they are really upfront about the situation – my dad is gay; he’s got a partner, blah blah blah. If you’ve got a problem, speak now. And if it’s a problem it probably ends what was a short-term relationship. I don’t know, they’ve never said it has caused a problem, they are totally cool.

KH: Have your boys been to India?

AM: I took them to India for the first time in 2015. They don’t speak any Hindi. I have a pretty good relationship with a bunch of guys and girls from school, you know – the typical WhatsApp group and that kind of thing. And I am pretty open on Facebook. While friends and family are completely okay with everything, nobody talks about it. I think we discussed it once in one or two sentences, and then it was like ‘Chalo, khao piyo (let’s eat), let’s have a good time’. So that’s about it. They know my sons are quite cool about it, they were quite loving to my sons and made them feel at home. So it was really interesting.

KH: What about the young generation in India?

AM: No in fact, most of the younger generation don’t have any issues.

KH: In the current debate on the issue though, it is said that the Indian community here will probably not accept same-sex relationships.

AM: Yes it’s really interesting, and it happens across most cultures. There is more exposure in India, than there is the Indian community here in Australia. I think it is mostly because when you are a migrant in a new country you kind of lock yourself into the Aradhana class of songs (that you just played!) rather than realise that it is 2017 and maybe there is a new song that is out. So maybe the mentality and everything else is still locked into the Indian you were when you left, or when your parents left and came here. And it is usually the parents that are forcing this mindset.

I stay tuned into Indian news. There’s a lot of stuff happening in big cities. They are having Pride Marches all over the place, which takes a lot of courage because legally, it’s still an issue over there. Some people are really open about it, they are out and proud; and some others are struggling and finding it really difficult.

Family pressure is still a huge thing. They obviously don’t want their children to be gay. They want them to marry and some parents will say ‘we don’t care if you are gay, you must get married anyway’.

KH: Obviously you’ve been through a lot, but you’re definitely standing up for what you believe in – you’re teaching that to your kids as well. Now, let’s talk a bit about the same-sex marriage postal vote.

AM: To clarify, the actual vote is not going to be due until early November. For me personally, I’m going to be 60 next year. So for me, the marriage thing is not so important. I have had a marriage, I have had a long term relationship and my whole thinking about relationships is different. So I’m not going to rush to bring out the shervani… Marriage equality for me is about equality. It’s about (the fact that) you and I are human beings, we are both equal, we have the same feelings, we have the same emotions, we are the same. And so, what equality does is, it simply raises the bar yet again to say ‘these people are normal’. Which everybody thinks is not the case. We are exactly the same, and by changing it in the law, it gradually changes it in society. And that takes the pressure off children who are being constantly told that there is something wrong with you, or something wrong with your dad.

So from a generational point of view, it’s very important that children are made to feel that it’s okay. We have enough negativity around in the world today, enough really bad stuff happening, to not allow children to grow up in a healthy, loving atmosphere.

KH: What are your plans for Father’s Day, Alan?

AM: My sons have invited me and my partner to my mother’s place, where she is going to cook an Indian meal. Both my sons love Indian food. The extended family catches up once a month, there’s about 15-17 of us. But tomorrow is just for me for Father’s Day, and my sons.

KH: Happy Father’s Day to you. I’m so glad to have had you in the studio to tell us about your journey. You’re celebrating Father’s Day the same as the rest of us. It doesn’t matter what your sexuality is, you’re living the same normal life like everyone else.

AM: (Laughs) I’m living the same boring life as everyone else!

A Life Lost, and Gained

Give us opportunity and watch us soar