Owing to demonetisation and GST, the festive season failed to raise the shoppers' spirit 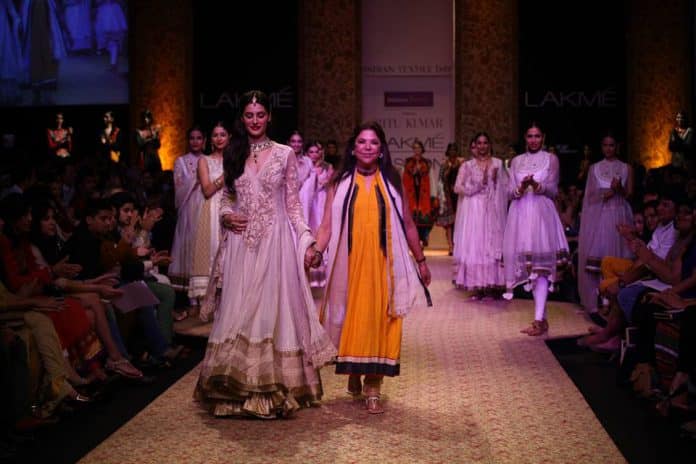 Style, it would appear, never goes out of fashion. But the passion to spend on designer clothes and accessories took a beating in the past year, ever since the Narendra Modi government implemented the demonetisation policy in India. The introduction of the Goods and Services Tax (GST) in July added to the woes, say designers.
“Demonetisation was a wonderful move by the government, but it was badly executed. They did not see the entire scenario. It has disrupted the business (of fashion). There were a lot of times that my employees — like tailors and embroiderers — could not go to the bank. Demonetisation impacted them badly,” Rahul Mishra, a regular participating designer at the Paris runways, told IANS.
The stress, he says, was felt more by weavers, embroiderers, tailors and craftspersons. The introduction of GST on July 1 impacted the same set of people more than others.
“I am not against GST. We work with handmade clothes and labour is intensive. So if I supply merchandise worth Rs 1 crore, then 12 per cent needs to be paid upfront as GST. Next month, again if I am supplying, then I have to pay 12 per cent, so I have to pay so much to GST and then wait for the sale to happen.”
He says the government should encourage the handmade industry by bringing in separate laws for it. “I want to pay taxes on what I am selling because if I am not selling, then business is less, opportunity is less and so is potential for employment,” said Mishra.
A report by Investment Information and Credit Rating Agency of India (ICRA) stated that the Indian textiles and apparel industry, which accounts for almost 24 per cent of the world’s spindle capacity and eight per cent of global rotor capacity, has been struggling due to the impact of demonetisation and GST.
The report stated that the disruptions caused by demonetisation and transition to the GST regime has “narcotised the Indian apparel and fabric industry”.
Other designers say they are witnessing reduced business, but they are hopeful that the forthcoming wedding season may bring a touch of relief. Many feel that banning of Rs 500 and Rs 1,000 currency notes was a good move to weed out corruption in the country, even though it took its toll on the design world. GST only added to their troubles.
Designer Samant Chauhan is disappointed that the festive season failed to raise the shoppers’ spirit.
“I always knew that the market is slow and we will get good sales in Diwali. But things were not that great during the festive time either, with sales at less than half. There was no (big) party happening on Diwali, so why will people buy designer clothes. I think the note ban did have an impact on that (party culture).
He said that after demonetisation, prices of yarns and fabric went up. “Only those people survived who had systems (workstations and mills). There was a huge crunch of fabric as most of the weavers were in the bank getting their cash. When things normalised, the prices went up,” he added.
Sunil Sethi, President, Fashion Design Council of India (FDCI), the country’s apex fashion body, admitted that sales had slumped due to demonetisation and GST.
“I’m hoping that the business is going to be regularised in the near future. Certain amount of discipline has set in for both the customer and designer. However, there is no doubt that the volume of business has gone down, which is not a good sign. Hoping for the market to pick up soon,” Sethi told IANS.
Menswear designer Pawan Sachdeva echoed the sentiment. “The effect of demonetisation has lingered even after a year. The luxury market has faced a major slowdown. Even as the effects of demonetisation hadn’t lessened, GST was introduced as a new policy, slowing the market even more,” he said.
The major problem, according to him, was that cash flow declined sharply, resulting in slashing of up to almost 80 per cent of luxury sales. “This Diwali, the sales were extremely low as compared to previous years. It will take a lot of time for the market to recover at this rate,” Sachdeva said.
By Niveditha / IANS
- Advertisement -
Share
WhatsApp
Facebook
Twitter
Linkedin
Previous articleHusband arrested in Indian Oz woman’s domestic violence death case
Next articleThe labour pains of adoption