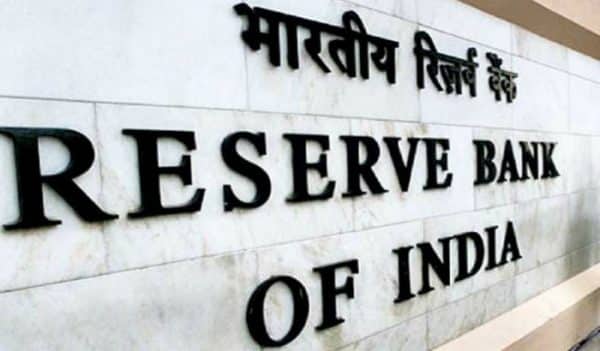 In a global financial landscape where everyone is enjoying a swim in a pool of excess liquidity created by central banks in the developed world, Indian interest rates remain amongst the highest in the world.
Earlier this month, the International Monetary Fund (IMF) upped its global growth forecast to 3.6 per cent in 2017 and 3.7 per cent in 2018, both 0.1 percent higher than projections in July. Global growth in 2016 was 3.2 percent and these projections really put the global economic recovery close to growth levels last seen before the great financial crisis. Meanwhile, India has grown at 5.7 percent YoY (2017 Q2), which is below the average growth seen during the last two years of the second stint of the United Progressive Alliance (UPA) regime (2009-2014).
One of the major factors that has contributed to such a sharp slowdown in India’s GDP growth, according to the Modi government’s critics, was demonetisation. While demonetisation has certainly impacted our short-term economic growth prospects, one has to ask what our central bank has done to support economic growth.
The Reserve Bank of India (RBI) has to answer a simple question: Why have policy rates declined by only 200 basis points when inflation has declined 700 basis points since 2013?
The central problem lies in the fact that the RBI has yet to accept that inflation in India is in a secular downtrend. In February 2015, the RBI and the government had signed a monetary policy framework that envisaged that the inflation target for FY17 and all subsequent years shall be four per cent with a band of two per cent. Since September 2013, the RBI has managed inflation in the decided band. Much of this “management” has been due to depressed oil prices.
At the last meeting of its Monetary Policy Committee (MPC), the RBI increased its inflation forecast for 2HFY18 to 4.2-4.6 per cent, implying a mean forecast of 4.4 per cent and made the point that “the extent of the rise in inflation, excluding food and fuel, has been somewhat higher than expected. Also, implementation of farm loan waivers by states may result in possible fiscal slippages and undermine the quality of public spending, thereby exerting pressure on prices”. Despite this slight increase in its forward guidance of inflation expectations, the RBI will have to accommodate at least a 25-50 basis points cut as monetary support to the economy will need to be extended as the central government will have to cut spending in the later part of the year as 96 percent of the budgeted fiscal deficit for FY18 has been exhausted as of August 2017; and (2), even as the efficacy of a rate cut can be questioned, the government is publicly exerting pressure on the RBI to cut rates.
Globally, inflation is nowhere to be seen. The Federal Reserve has no clue why average wages and the overall price level in the US economy has been extremely tepid and well below the two per cent target. The same is the case with Japan and the Eurozone. Thus, it comes as no surprise that even though talks of monetary policy tightening in the US, the UK and Eurozone have begun, they will undertake the loosest monetary tightening path in financial history. The aggregate assets of the US Fed, the ECB, BoE and BoJ have risen by 14 per cent from $13 trillion at the end of 2016 to $14.9 trillion at the end of September.
Even within the emerging market economies, India has the highest level of rates after Brazil and China. A cut in rates would encourage domestic demand in sectors such as affordable housing, consumer durables and construction. Also, interest rate subvention in certain sectors such as exports, housing and small enterprises would also help economic growth according to the Confederation of Indian Industry, which has asked for a reduction of 100 basis points in the benchmark rates.
With interest rates in India near a 16-year high, there is just one way they can trend: Down. The RBI must accept it has been behind the curve all along in its inflation forecasting ability and now must address the urgent need of a drastic fall in the cost of capital in India.
(By Vatsal Srivastava /IANS )