Afghanistan is currently experiencing below-average levels of rain and snowfall. The adverse weather conditions, and a rapidly increasing population, have exacerbated the need for Kabul to secure new water infrastructure. In a move that could reduce flows downstream to neighbouring Pakistan, New Delhi is investing in the construction of the Shahtoot Dam. The dam lies on the Maidan River, a tributary of the Kabul River, and is expected to hold 146 million cubic metres of water. It will supply water to Kabul’s two million residents, irrigate 4,000 hectares of surrounding land, and provide drinking water for Deh Sabz, a new city on the outskirts of Kabul. The dam is expected to become operational in 2021.

As a country that has been devastated by decades of war, the development of the Shahtoot Dam is a positive step forward for Afghanistan. India’s involvement in its creation, however, has the potential to generate instability within the wider region. In recent years, India has invested in other Afghan infrastructure projects, including the construction of highways and government buildings. India’s latest investment in the Shahtoot Dam could be viewed as part of a wider strategy to have more control over how much, and when, water flows into Pakistan.

According to one Pakistani media outlet, the construction of the Shahtoot Dam, plus 12 others that are in the pipeline along the Kabul River, could reduce water flow into Pakistan by 16 to 17 per cent. Pakistan is one of the most water-stressed countries in South Asia, though its water insecurity is largely due to its poor-water management policies rather than a result of arid conditions. The situation is only likely to worsen as the population continues to grow and, according to a report by the World Resources Institute, Pakistan may become the most water-stressed country in South Asia by 2040. 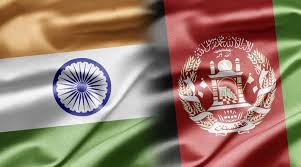 Water shortages have often been a contributor to war within regional scenarios, with food shortages, price increases and famine as a result of water insecurity, leading to further instability and conflict. There is a risk that India’s investment in Afghanistan may increase existing tensions between India and Pakistan and, as Pakistan depends on the Kabul River for drinking water, power generation and irrigation, its concerns could be legitimate. Both India and Pakistan maintain nuclear capabilities and strong armies, it is unlikely that the tensions will escalate into all-out war. What is more likely, however, is growing water stress in Pakistan, which would leave its population in a vulnerable position.

Improving access to water via dams has become a national priority for Ashraf Ghani, the Afghan president, and rightly so. The challenge lies, however, in both Afghanistan and India striking the right balance of co-operation to avoid further antagonising Pakistan. There are many transboundary rivers that cross between Afghanistan and Pakistan; without legal frameworks in place to help minimise conflict between them, building dams that lie along shared water resources is politically complicated. Enhancing the bilateral co-operation between Afghanistan and Pakistan may be an appropriate avenue to ensure that regional security is maintained.

This article was first published on Future Directions International here.