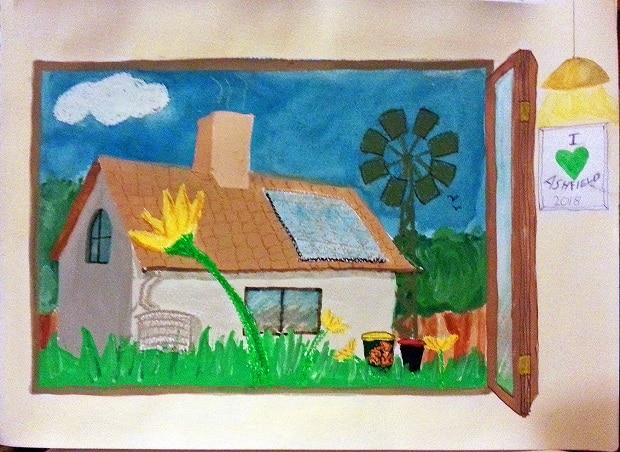 When you think of migrant Indian parents, you often imagine their desire for their children’s success falls into a limited number of categories; science, maths, engineering, medicine. Often, having left behind life in India with a view to giving their children and themselves greater opportunities, Indian parents view academic achievement within traditional fields as paramount. But increasingly, migrant Indian parents are urging their Indian Australian children to follow whichever path they choose. Careers in the arts, including theatre, fine arts, poetry and performing are not only accepted but often encouraged.

One such family is the Goels. Young Yash Goel, just six years old, recently won the Dorothea Mackellar Community Relations Commission Poetry Award. The Castle Hill Public School student was one of 8,500 Australian students from 600 schools who submitted entries for the competition, the largest and oldest of its kind for primary school students. Highlighting the cultural diversity of multicultural Australia, Yash shared the award with Naomi So, a 10-year-old student with a Vietnamese background, whose poem detailed experiences as a refugee.

Both of Yash’s parents, Meeta and Sachin, are Australian migrants. Dad Sachin Goel says Yash has always been an active and artistic child, who loved drawing from a young age. “My wife is an architect, so he gets his artistic bent from her. She is very thoughtful in bringing out knowledge of his heritage to him,” Sachin says. Meeta said they were trying to nurture their son’s talent for poetry.

At the awards ceremony, Yash was congratulated by Minister for Citizenship and Communities Victor Dominello. Very well mannered, Yash then recited his poem about his nani. His work epitomised the sense of cultural identity and belonging the judges were looking for.

In awarding the prize, the competition judges said, “Told from the heart this young poet shares with us a precious aspect of his cultural heritage and the line ‘although I am Australia, I am Indian too’, says it all.”

Expressing their feelings about life in Australia, children with a dual Indian-Australian identity are often in a unique position to eloquently articulate themselves through creative arts.

In a very proud moment for her family, Anna Sharma’s artwork ‘Poppies For Anzac’ is currently being showcased at the concourse of Sydney’s Central Railway Station as part of the World’s Biggest Classroom exhibition, making the work of NSW public school students and their teachers accessible to the wider community.

Dad Sanjeev Sharma says, “We’re immigrants so we focused on studies, to get her into the selective OC class, but now, in the past few years, she’s been winning art competitions at school and we’ve been surprised with her creativity.”

Though mum Anju Sharma is shy, Sanjeev was involved in theatre and press in India. “I want Anna to develop personal confidence, that’s a good thing in Australia.”

Anna, almost 12, told Indian Link the idea for her painting came through learning about Anzac history. The Westmead Public School student was motivated by stories of soldiers sent far away from their families, often sacrificing their lives for others.

The World’s Biggest Classroom concept is not a competition, but about students learning to find their passion and an avenue to express concepts they study in class. Entries came from 3000 students at 175 different schools across the state, and only 250 were chosen for public exhibition at 13 venues including Olympic Park, Circular Quay, Central and Parramatta train stations.

As Sanjeev Sharma says, “In India, with such a large population, competition is very high among children. Parents push academics as the only thing. But Australia is a county of opportunity, with multiculturalism comes multiple opportunities. It’s so valuable to let kids follow their own path and support their futures.”

Another set of parents who know about supporting their artistic child is Sachin and Kalyani Wakhare. Their daughter, nine-year-old Ananya, showed a keen interest in drawing, painting and creative pursuits from an early age.

“Since kindergarten she’s been in art and sculpture classes. Recently she’s started experimenting with other mediums including photography,” says mum Kalyani.
Ananya is part of a creative family with mum Kalyani involved in fashion and dad Sachin a keen hobby photographer.

Last year Ananya’s art work was chosen as a finalist for the Ashfield Community Citizen’s Award. Her theme was ‘Sustainable Ashfield’ and she was one of four finalists from Haberfield Public School.

In May Ananya entered the Marrickville Urban Photography Competition which was opened for the first time for school children. One of her photos was Highly Commended and she was awarded a Marrickville Medal by the Mayor of Marrickville in an official ceremony.

More recently, Ananya’s entry for the Colgate ‘Healthy Smiles’ International Competition was chosen as one of 12 finalists, from more than 700 entries, to represent Australia/New Zealand. Her work will now go on to New York to compete on the world stage!

Ananya told Indian Link she enjoys being creative. “I like being able to make anything you want,” she says. “You’re creating your own picture, using different colours.”

These children and their parents are examples of a new generation of Indian migrant parents who have come to see beyond the world of traditional academics as the be all and end all. As long as their children are happy, these parents will continue to be proud and supportive of their kids’ creative endeavours.