Working towards safety in the home 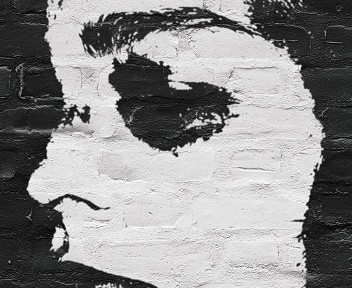 Monash Council organises a community forum on Violence Against Women

We are finally really talking about Violence Against Women (VAW). Not just in homes, with friends, or co-workers, but as a community. And not just talking about it, but talking about how to solve it.
At ‘Prevention of Violence Against Women’, a free community forum organised by Monash Council, in collaboration with the Monash Multicultural Settlement Services Network, there was a strong, comforting sense of both engagement and understanding – the speakers and audience alike were informed and passionate about the issue.

The first speaker was Dr Sue Rosenhain, Health Promotion Manager of Women’s Health East and Project Manager for Together For Equality and Respect (TFER), a strategy to prevent VAW in the Eastern Metropolitan region of Melbourne.
It all starts, of course, with gender inequality. Dr Rosenhain outlined the four particular expressions of gender inequality most closely related to VAW: a society that condones it and doesn’t challenge it; men’s control of decision-making and limits to women’s independence; rigid expectations around gender roles and strong stereotypes; disrespect towards women and male peer relations that emphasise aggression.
She stressed the need to continually challenge attitudes in order to change systems and structures: “We mustn’t be complacent.”
Next, Carolyn Poljski, Health Promotion Coordinator at Link Health and Community, spoke about the Generating Equality and Respect (GEAR) project, a partnership project between Monash Council, Link Health and Community and VicHealth.
“A remarkable team of women”, she said, had made this world-first, award-winning program a success.


GEAR was implemented between July 2012 and December 2015, and focused on primary prevention of VAW, by aiming to foster respectful relationships between men and women, embodied in its tagline: “Say No to Violence Against Women, Say Yes to Respect and Equality.”
What made GEAR so unique and successful was that it brought together “a range of tried, tested and mutually reinforcing primary prevention activities in a single location (Clayton)”, and used multiple settings for those activities.
Finally, in the most absorbing, intense segment of the forum, Sergeant Leeanne Trusler and Sergeant Adam Davey, Family Violence Liaison Officers at Oakleigh Police Station (Victoria Police), presented on their experiences with Family Violence, and how the issue is policed on the ground. They walked us through what happens during and after they attend a family violence incident, and the criminal and civil options available.
“So, the stats aren’t overly great,” Sergeant Trusler said, frankly. And they aren’t: every fortnight in Australia, 3 women are murdered by their current or former partners. In Victoria, in 2015-16, there were in excess of 75,000 reports of family violence.
“But this is due to better reporting…so it does sound awful, but I think it is a better stat,” she added.
This was what was so positive about this presentation – both sergeants spoke of the harsh, cyclical realities of policing family violence, but also of the commitment of Victoria Police to keep families and victims safe, an increased public understanding that violence “is not on”, and the improvements that have occurred in the system. For example, police now report every incident they attend, no matter how minor it might be.

Unfortunately, AFMs (Affected Family Member) can take two years or more before they report. Both sergeants also continually emphasised two things about the issue: that family violence can be physical, but also emotional and financial, and also that, in most cases, the AFM is female.
A key concern reflected by audience questions was the fear, uncertainty, and misgivings around calling the police, particularly from those of the CALD community, to which the two sergeants responded reassuringly: their aim is to make the home safe. They don’t take away children. If you are not happy with police response, ask to talk to the Sergeant, or the Constable Senior Sergeant. And there are translation services.
“We’re happy to present to any of the small cultural communities… in regards to getting to know their local police,” Sergeant Davey said.
The diverse audience was a key part of the forum, asking searching and critical questions about age, sexuality, cultural background and education.
“Anything worth doing takes time,” the woman next to me commented at one point.
And that time is now.
- Advertisement -
Share
WhatsApp
Facebook
Twitter
Linkedin
Previous articleSydney Sanskrit School Dashamanotsavaha
Next articleDiwali Annakut at Victorian Parliament