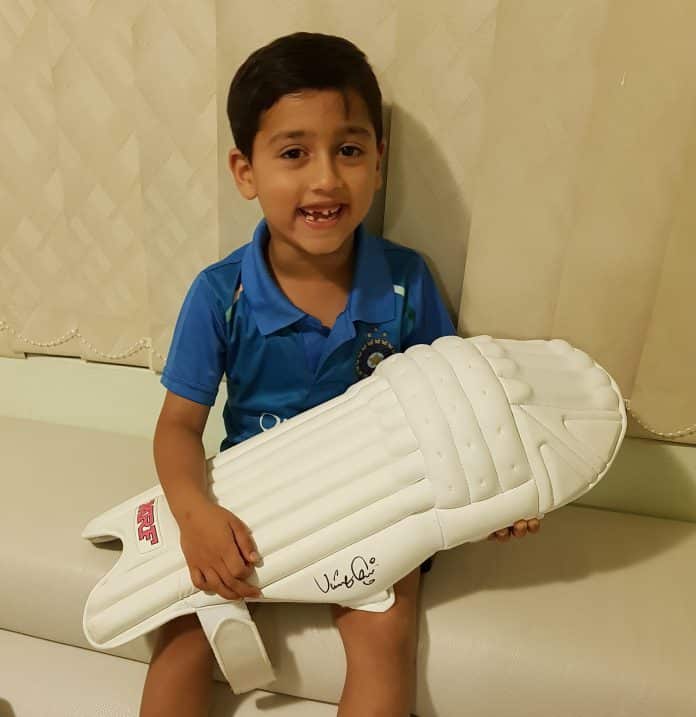 Looks like Kohli’s love for his youngest fans is going to see many more of them flock to the grounds.

Both at the MCG and the SCG, Kohli went out of his way to give a gift to his littlest fans. In Sydney, six-year-old Atharv Nautiyal is now the proud owner of a batting pad that once belonged to his idol, the captain of the Indian cricket team. A budding cricketer himself who plays – and quite skillfully if reports are to be believed – for the Carlingford Waratah Club, he has been a long-time Kohli fan.

The Nautiyal family were in their seats close to the dressing room. “Rain had stopped play and we saw Kohli walk out with a friend,” dad Anuj recounts. “He saw us and smiled and waved to Atharv. Then he went back in. We were thrilled to bits, but imagine our surprise when he came out a few minutes later with a batting pad in his hand. Atharv was a little distance away with my wife Monika by then, so he asked his colleague to walk round and hand the gift over. Virat then blew him a kiss, waved and walked back.”

It’s a great moment for the Nautiyal family and they are still on cloud nine, to use Anuj’s words. “Atharv has been telling everyone he was on TV, and rang his grandparents back in India to tell them – literally shouting into the phone!”

Anuj revealed on Indian Link Radio that Atharv has been sleeping with the cherished pad in bed, cuddled up with it. The little lad declared to broadcaster Ekta Sharma that he will only part with it when he reaches a milestone: “When I become a star as big as Virat Kohli.”

The Nautiyals have been having the discussion recently about whether to expose their little one to more sport, since he has a talent, or at academics at which he also excels, bringing home great reports from school. Hmm, wonder what Virat would say…

They are quite decided about the treasured batting pad, though: it’s going to be encased in a solid frame and take pride of place on the formal room wall.

Here’s hoping this little routine of Virat’s with the little bachchas, is a regular occurrence.