Udhhav Thackeray to be sworn-in as Maharashtra CM 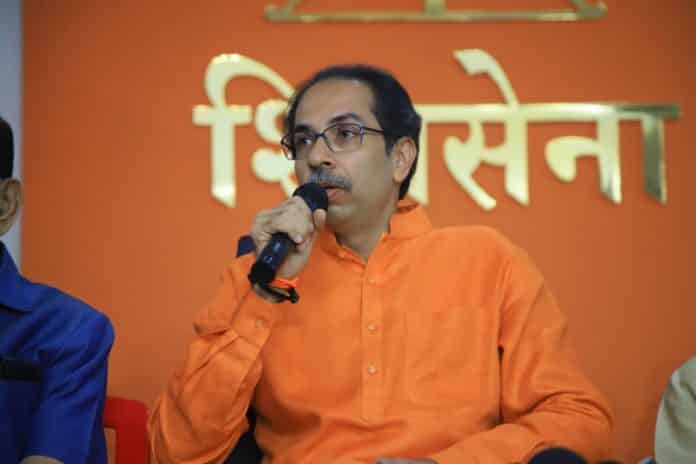 The Governor has accepted the claim and announced that Thackeray will be sworn-in as on 5 p.m. on November 28 (Thursday) at Shivaji Park.

The development came hours after Thackeray’s unanimous election as the MVA leader this evening.

It is not clear whether Deputy CMs from the allies or other ministers would be sworn-in or not along with Thackeray on Thursday, said Thorat.

“Thanks, Mah (Maharashtra) for a memorable five years as your Vahini (sister-in-law)! The love showered by you will always make me nostalgic! I tried to perform my role to best of my abilities-with desire only to serve and make a positive diff,” she added.

Maharashtra will have a Shiv Sena Chief Minister after 20 years but a Thackeray as Chief Minister for the first time. Uddhav B. Thackeray is set to lead the Shiv Sena-Nationalist Congress Party-Congress alliance government, called Maha Vikas Aghadi, in Maharashtra.

In the election last month, Shiv Sena leader Aaditya Thackeray, who made history by becoming the first member of his family to take the poll plunge, has marked his arrival in.

Criticising the BJP, the Centre and the Governor for the Maharashtra fiasco, West Bengal Chief Minister Mamata Banerjee expressed her disdain over the way the exercise for forming the Devendra Fadnavis government was undertaken “stealthily” in the midnight hours.

“Across the country, there is only one question in the hearts of common people – what was the need to carry out the exercise at midnight? I had heard about freedom at midnight. But I had never heard about formation of a government stealthily at midnight,” Banerjee told media persons here.

“Things happened at 2 a.m., 3 a.m., 4 a.m., 5.45 a.m. In the morning a government was formed when formation of another government having majority (Shiv Sena-Nationalist Congress Party-Congress) had been finalised.

“No party, journalist or media was aware about the developments. Even the administration had no information. That’s the reason the perception (about the Fadnavis government) was bad,” the Trinamool Congress supremo said, hours after Fadnavis and his deputy Ajit Pawar put in their papers.

Referring to the Shiv Sena-NCP-Congress parading 162 MLAs on Monday evening, she said Fadnavis has done the right thing by resigning as he didn’t have a majority.

However, she also opined that Fadnavis shouldn’t have taken up the post “till he was sure of a majority”.

Pulling up Maharastra Governor Bhagat Singh Koshyari, she said before swearing in Fadnavis and Pawar, he should have asked the NCP whether the party would support the BJP in forming the government.

“Whether I support somebody or not, the letter has to come from the mother party. The mother party conveys that such and such is the legislature party leader, and under his leadership the party will support this and this.

“It does not happen that somebody comes forward and says about himself that he is the legislature party leader. Governor should have asked the mother party whether it has given the letter. Party is supreme,” she said.