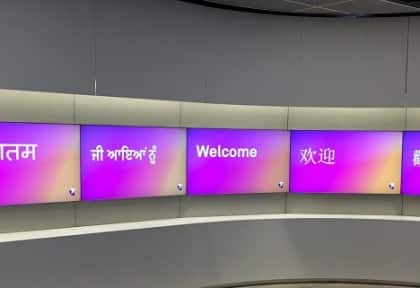 Telstra will make it easier and more affordable than ever for customers to keep in touch with loved ones after the launch of unlimited standard international calls on selected mobile and home internet plans from this month.
The new plans will include calls to some of the most popular countries Australians call including India, China, Hong Kong, USA, Canada, UK, New Zealand, Malaysia, Singapore and South Korea.

Stuart Bird, Telstra Executive Director Fixed Products and Services, said with Telstra customers making more than 130 million international calls each year, the need to cater to customers calling friends and family overseas has never been greater.
“From speaking to customers, we know that many families are spread across multiple continents and it’s important to have an easy and affordable way to stay in touch,” Mr Bird said.
“The inclusion of calls to these destinations means customers have the freedom to make international calls as many times as they want during the month, worry free of charges.”
In addition to launching plans with included international calling, Telstra will also offer customers on selected mobile and broadband plans including 3 month subscriptions to video streaming services – Netflix, Stan and Presto.
“Customers taking up a Medium or Large home internet bundle will receive a Telstra TV as well as bonus three month subscriptions to Netflix, Stan and Presto, giving them access to more than 15,000 TV shows and movies to watch at home or on the go on their mobile devices,” Mr Bird said.
And, as the Australian streaming revolution moves to the small screen, customers taking up $95 and above Go Mobile Plus plans on a 24 month term (min cost $2280) and $70 and above Go Mobile Plus BYO plans on a 12 month term (min cost $840) from Tuesday will also receive a 3 month subscription to Netflix, Stan and Presto. Data charges apply.

Telstra is also launching international language content starting with YuppTV, the largest content streaming service offering Desi entertainment with more than 250 TV channels and 5000 movies in 13 languages. As part of the launch, new YuppTV subscribers that sign up on Telstra TV will receive an exclusive 30 day free trial offer until the end of October.
As the nation’s love affair with on-demand entertainment reaches new heights, Telstra is also launching new Wi-Fi technology to keep customers streaming smoothly. This starts with the launch next month of the Gateway Max 2 which will provide faster streaming speeds and a stronger in-home Wi-Fi signal than any previous Telstra home network gateway.
“Video now makes up almost two-thirds of the data carried over our fixed network. The new Gateway Max 2 will help customer stream, surf and share with less interruption and better in-home coverage, all at the same time,” Mr Bird said.
The updates to Telstra’s plans comes as Telstra boosts support for people who speak languages other than English with the launch of an industry-first online hub with details about Telstra stores with multi-lingual staff and details on Telstra’s multi-lingual contact centre where nine different languages are spoken.
Customers can access the online hub at Telstra.com/calloverseas.