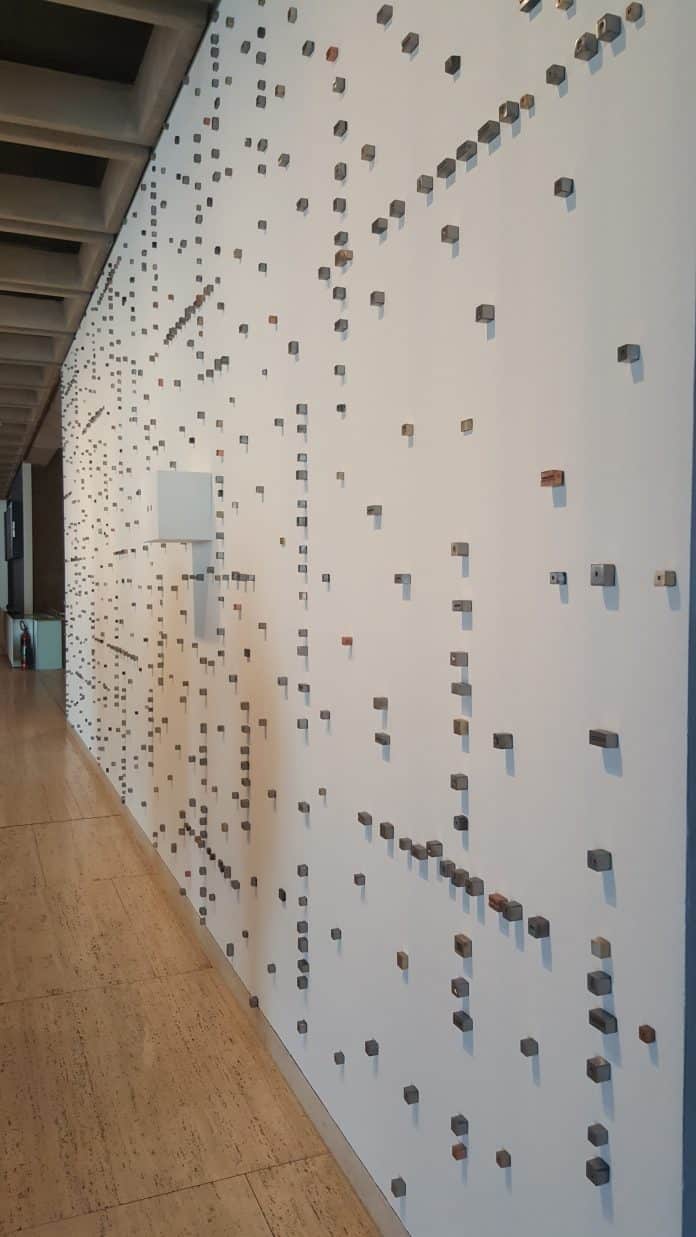 Reading Time: 2 minutesPrabhavati Meppayil’s majestic installation ‘sb/eighteen’ (2018) occupies a huge rectangular wall at the entrance court of Art Gallery of New South Wales. Intricately placed traditional artisan tools, geometric in form, are the focal point of this creative. Despite the limelight, her signature minimalism and roots are evident in the work on display at Biennale Sydney.

Prabhavati is known to draw practice from her rich lineage of goldsmiths from Bangalore. “If it contributes to keeping alive a record or testimony of traditional craft, so much the better,” she said in an interview to The Brooklyn Rail. “I think for an artisan, the practice, the process, is a way of life. It is the memory of the hand, the gesture, the making,”
The thought very much reflects in the simplicity and purity of the objects and materials

used: 875 found objects of iron, copper and brass tools delicately float on an immaculate white surface, created with gesso. A preparatory medium, gesso includes binder mixed with chalk or gypsum and utilises it to prepare canvases for painting, as a primary material. Arranged in a pattern signifying a low-relief grid, they are reminiscent of post-war abstraction and minimalist art. Back then, geometric structures were used often to facilitate non-hierarchical methods of organisation.
Based in Bangalore, Prabhavati often finds new denotations in the traditional techniques, tools and resources for her work, rearranging them with post-war minimalism. The idea is to explore how modernist notions of abstraction compare with artistry, craft and tradition. She concludes, “My practice is defined by material and process. The material has its own life and it dictates the process. I think the repetitive process of making has no ending or beginning.”