India’s Lower House of Parliament may have passed a bill to introduce proxy voting for the diaspora, but there are many issues to be ironed out before it comes into practice 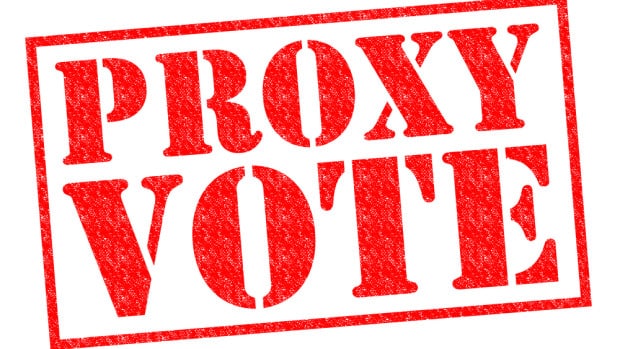 Reading Time: 5 minutesThe Lower House (Lok Sabha) of India’s Parliament has passed a Bill that proposes to allow registered non-resident Indian voters to use proxies to cast votes on their behalf in Indian elections. Introduced in the Lok Sabha last December and passed recently, it now needs the approval of the upper house Rajya Sabha.
What is proxy voting?
You can vote in an Indian election in three ways – in person, by post and through a proxy. Under proxy voting, a registered elector can delegate his voting power to a representative. This was introduced in 2003 for elections to the lower house (Lok Sabha) and State Assemblies, but on a limited scale. Only a “classified service voter” belonging to the armed forces or a paramilitary force is allowed to nominate a proxy to cast vote on his behalf in his absence, as long as the proxy, too, is a registered voter in the same constituency.

How will the mechanism for proxy voting work?
Although the contours or the mechanics of proxy voting are yet not clear, any implementation mechanism for such a move has to be carefully crafted. Proxy vote in essence goes against the very concept of a secret ballot as one has to disclose his or her preference to another individual, who in turn has to vote on his or her behalf. There is no guarantee that the proxy will vote for the candidate preferred by the overseas voter, thereby vitiating the object of free and fair elections. It is still not clear who can qualify as a proxy. A relative, a friend, who? How does the Election Commission plan to ensure that the proxy votes as per the wish of an overseas voter? Clearly, there is much that needs to be ironed out.
Out of the 30 million NRIs in 208 countries, the Election Commission has no estimate of how many of these qualify as voters. One major reason for low registration is, that the NRIs have to be physically present at a polling station under present rules. Of the 24,348 NRIs who’ve registered, 23,556 are from Kerala, and the remaining 4% or 792 are divided between the remaining 35 states and Union territories. There are 13 states/UTs, including Karnataka where not even a single NRI has registered to vote. In Punjab, which has attracted the second highest number, 364 registrations have come in. All other states have low numbers. Geographical distance and the high cost of travel prevent NRIs from effectively participating in elections in India. Unofficial data with Election Commission shows that only 10,000 to 12,000 overseas voters have exercised their franchise because they do not want to spend foreign currency to come to India and vote.

Why is proxy voting debatable?
The government believes that there will be several positives of proxy voting. States like Kerala, Gujarat, Telangana and Andhra Pradesh will attract overseas voters. The fact that most Indians settled abroad are strongly connected to their roots and plugged to state politics regardless of their present residence, should help political parties at consolidating the diaspora base.
The implementation of it all, however, has its own challenges. Some opposition political parties believe that it could never be guaranteed that the proxy voter would vote as per the wishes of the actual voter. Proxy voting suffers from the inherent problem of ‘trust deficiency’, and violates the principles of ‘secrecy of voting’ and ‘free and fair elections’.
Bribery and inducements of voters are strictly kept in check in elections. These are impossible to implement abroad. There can be no guarantee of NRI voters exercising their vote in a free and fair manner, as there can be no check on coercion or inducements by employers and supervisors. A majority of foreign migrants are poor workers often at the mercy of their employers who even take their passports into custody.
Again, Indian embassies and high commissions are short on human resources. The regular elections in India will further add to their workload. The smaller regional parties will be at a disadvantage, as they have no support base or financial clout to lure the diaspora crowd.
What does this mean for NRIs in Australia?
For over 700,000 strong Indian diaspora in Australia, proxy voting can be an opportunity to keep themselves plugged in to the home country’s politics – national and state.
And yet, it is also paradoxical that the government which plans to give proxy voting rights to NRIs, has found them ineligible to file Right to Information applications.
How to register as an overseas voter
The first step in this process is to get registered as a voter. The application for this purpose can be filed in prescribed form in person before the concerned Electoral Registration Officer of the constituency within which one’s residence in India falls, or sent by post, or filed online on the website of Chief Electoral Officer of the concerned state, or website of Election Commission of India (eci.nic.in) with all relevant documents. Once enrolled, you can cast your vote in India during Assembly or Parliamentary elections at the respective polling station after showing your valid Indian passport.
And with the proxy voting option to be available soon, can also nominate a proxy. Having a voter ID also serves as general identity, address, and age proof for other purposes such as buying a mobile phone SIM card or applying for any relevant documents.
Other examples of overseas voting
Many countries allow expatriates to vote, with different rules. For instance, a British citizen living abroad can either travel back to the UK to vote in person, or vote by post, or nominate a proxy to do so. American expatriates can vote for federal office candidates in primary and general elections, irrespective of how long they have been living abroad. Once registered, an overseas Amercian voter will receive a ballot paper by email, fax, or download, depending on the US state.
Modi’s constituency?
Nationalism resonates with the NRI audience. There are about 10 million NRIs in the countries that PM Modi has visited since Nov 2014. With winning margins going down with every election, this number is significant for the BJP.

Modi is the only campaigner in this constituency of goodwill. Given his demonstrated power to influence the masses with his fiery rhetoric, proxy voting rights to NRIs can turn out to be a big poll bonanza for BJP and allies in 2019 Lok Sabha elections.

Analysis
Eminent German political scientists Dieter Nohlen and Florian Grotz argue that “the notion of external voting … goes against one of the classic requirements… namely the residency inside the state territory.” The fundamental right to equality is the prime argument. How can we give special privilege of distance voting to some people who have migrated abroad, when there are many times more domestic migrants who also seek to have a voting right at their homes? It is patently discriminatory. If a person from Bihar moves to Delhi or Mumbai in search of a job or education, he loses his right to choose his legislator in his village, but if he moves to London, he will be entitled to special privilege.
Remember that the right to vote is not a fundamental right whereas the right to equality is.
Clearly, this is a tricky issue that needs deeper analysis and finer details. Proxy voting may be an advantage that has to be exercised with caution and diligence.