Non-violence from Tolstoy to Gandhi 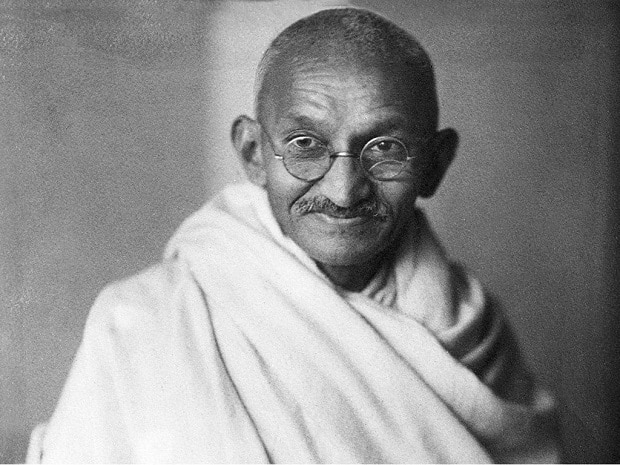 On October 2 we celebrated the anniversary of the birth of Gandhiji, our revered Mahatma who is renowned for his use of non-violence in the struggle for Indian independence. The question arises, how did he come by this idea of non-violence?

Mohandas Karamchand Gandhi went to England in 1888 at the relatively young age of 19, to study law. As one might expect, at first he was quite bewildered at the different world into which he had stepped. Apart from the problem of satisfying his vegetarian dietary needs, he soon took to the British lifestyle, buying smart clothes including a top hat. He joined the London Vegetarian Society and absorbed various influences of this great city, even to the extent of learning ballroom dancing and buying a Bible.

We have all heard the saying, ‘An eye for an eye, and a tooth for a tooth’. But Jesus in the Sermon goes on to say, ‘…whosoever shall smite thee on thy right cheek, turn to him the other also’. With hindsight, one can begin to understand how these and other sayings of the Bible resonated with Gandhi, but they were still to be processed in his mind.

Leo Tolstoy, son of Count Nicolai Tolstoy was 60 when Gandhi arrived in London. Tolstoy had already written arguably two of the greatest novels ever, Anna Karenina and War and Peace, but also would go on to write an argument of his philosophies in a work entitled The Kingdom of God is Within You in 1894. He was a Christian, but could not reconcile what he saw as the perversion of Christ’s teachings by the Church. In his reading of the Bible, he too had been enormously affected by the Sermon on the Mount which he believed to be the true gospel of Jesus Christ. In addition, his thoughts and writing were influenced strongly by the teachings of the Quakers, and also by the struggle for the emancipation of slaves in the United States. Tolstoy acknowledges that as far back as 200 years before his time, the Quakers had been championing the notion of non-violence.

A feel for the book The Kingdom of God is Within You can be gleaned by the title of the very first chapter of the book: ‘The Doctrine of Non-Resistance to Evil by Force has been Professed by a Minority of Men from the Very Foundation of Christianity’. Gandhi read this book in 1896, and was profoundly affected by it. It’s not surprising because the book is a cry from the depths of the heart and soul of Tolstoy. He argues and pleads to explain how relevant and robust the teachings of the Bible are to mankind.

Gandhi’s philosophy on the use of non-violence was now formed. The teachings from these two works had already provided the basis for the selfless support for the poor and downtrodden, that was to be Gandhi’s hallmark throughout his life. It is these two pillars that would provide him with strength and guidance in all the battles that were to come.

In 1908, Tolstoy wrote A Letter to a Hindoo, which was published in the Free Hindustan in India. The letter outlines the notion that only by using love as a weapon through passive-resistance, could native Indian people overthrow the colonial British empire. Gandhi read the letter and wrote to Tolstoy, following which the two kept up a regular correspondence between them. This was to last another two years with Tolstoy’s last letter before his death in 1910 being written to his friend Gandhi.

In 1910 Gandhi started a co-operative village in South Africa, and called it Tolstoy Farm. There were also certain traits common to both Tolstoy and Gandhi. Even though Tolstoy hailed from the nobility he would dress as a peasant, and we have Gandhi rejecting all luxury, dressing as a peasant and living a spartan life. Tolstoy came to believe in the beneficial properties of vegetarianism, whereas Gandhi had always been a vegetarian. Interestingly, both Tolstoy and Gandhi came to value chastity and sexual abstinence, but possibly not for the same reason. Tolstoy had many children with his wife and it is well-known, some with workers on his estate. However, Gandhi believed abstinence helped retain energy and concentrate the mind. In his autobiography, Gandhi acknowledged Tolstoy as “the greatest apostle of non-violence that the present age has produced”.

From the snowfields of Russia, through to the veldt of South Africa, across the heat and dust of the plains of India, the tide of non-violence has drifted across continents. It is a notion that is simple in the extreme, yet as full of power as a live electric wire. Many have embraced the idea as Gandhi did. It has changed societies and altered the course of nations, none more so than ours, India.