Meet the girl behind the hilarious – and very viral – shopping list 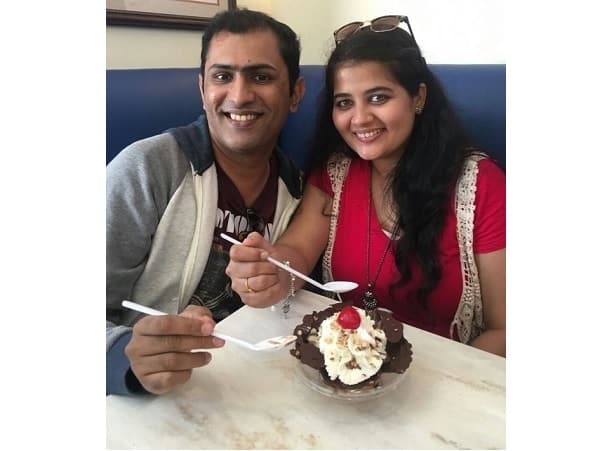 We’re sure you read this super funny and elaborately detailed list of vegetable shopping a girl made for her husband. After it was posted on Twitter a few days back, it went massively viral for its cheeky instructions and just how utterly relatable it is for wives, bachelors and even mums.

Well, as it turns out, the girl behind the list, Era Golwalkar, is a dear friend of Indian Link Radio’s RJ Charuta. Last week, Era joined Charuta live on air during the evening show and shared the story behind the list.
It turns out that her husband Gaurav’s less-than-ideal shopping skills prompted Era to school him about the art of hard-nosed sabzi shopping. “We would take turns doing grocery shopping every weekend, and the outcome of Gaurav’s efforts (laughs) was something you would expect from a typical bachelor. So, I thought, I should do something innovative and that’s how I came with the list,” Era said.
She added that Gaurav put up the list on LinkedIn, to bring to the attention of big grocery brands the expectations of Indian customers.
“Someone then picked it up and put it up on Facebook and it went crazily viral after that,” Era said.
The IT professional said that her mum would probably be the happiest at the list. “When I was growing up, mum thought I didn’t pay attention to anything she said. But I guess, all her nuskhaas (tips and tricks), kitchen wisdom and, of course, my personal experiences, all went into that list,” she said.
Era is hugely excited about the reaction the list is getting. “So many people could completely relate to it. Wives were happy and bachelors were also very happy with it. They said that their mums used to just give them money and just send them off to bring vegetables. Now, the bachelors are saying that if they had got such a list as a kid, they would have been properly trained by now!”
Era is a vegetarian and is planning to do more such lists for veggie shopping in the future as well. “I would love to help people pick the best of vegetables using my list,” she said.
Era also had some very effective and handy tips on how to choose some other vegetables.
Listen to the full interview here to get the tips and, of course, all the fun and laughter.

In a subsequent post, Era has also posted an answer key to all the queries some very concerned netizens raised about the list. Here’s the equally illuminating explanation.