Making a difference one village at a time 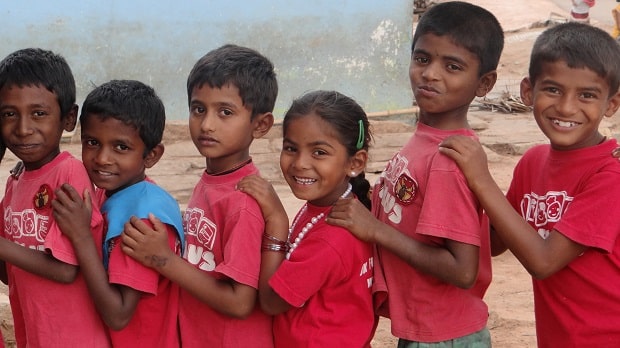 Sahana is just 10 years old and lives in a remote village called Chokkanahalli, outside Bangalore in India. Her father died a number of years ago, leaving her single mother to look after her and her elder brother. Although Sahana was going to the local government school, her mother was alarmed at Sahana scoring less than 20 per cent in her maths exams. Sahana was failing because her teachers are generally absent two days per week. This is the apathy directed at most children studying in remote villages of India who are victims of a lack of available quality teaching.

A recent study by Pratham, India’s largest non-profit organisation, tested 600,000 children in basic maths and reading in 16,000 villages across India. The 2014 report found that only 50 per cent of third graders could write the alphabet letters that were dictated to them.

After her mother’s initial alarm, Sahana was enrolled in an education program called ‘40K PLUS’, which is an after-school centre that uses innovative technology to deliver quality education to children in Indian villages.

Once Sahana started attending classes at these pods (centres), her aptitude was tested and it was discovered she couldn’t even count up to 20. Three weeks after joining PLUS, Sahana won her first “Counting Superstar” badge. Sahana learnt more in three weeks at 40K PLUS than she did in four years at her local school.

Sahana, and hundreds of other students like her, can now dream of a brighter future thanks to this educational program that was put together by a dynamic group of young professionals, hailing from Australia.

Members of the group left their cushy corporate jobs to start working for a social enterprise whose goal is to provide world class education in a village environment, with a mission to change one village at a time.

The 40K PLUS program is the brainchild of founder and CEO of the 40K Group, Clary Castrission. He was recently awarded the medal of the Order of Australia in 2014 for his service to international relations through providing educational opportunities to people in India.

It was a holiday with his girlfriend to India in 2005 that changed Clary’s life forever. He lived for a few months with the quarry workers outside Bangalore. Witnessing the struggles of poverty affecting so many children, he made a promise to build a school for the community. He and his girlfriend naively figured that they only needed $40,000 (40K) to build the school.

Five years and $400,000 later, in October 2010, 40K together with their project partner, The Lovedale Foundation, officially opened the Banyan School to its first children. Had it not been for 40K’s work, the 200 children who are now at the school would still be spending their days in a nearby quarry with their parents.

“We never changed the name 40K because it represents something that we never want to lose sight of; the naivety, creativity, drive and power of youth,” Clary Castrission told Indian Link.

“The Banyan School was just the beginning for us. In moving forward, we wanted to be more cost effective and if we want to extend our reach to thousands more kids, then building schools was not going to be the answer. So we decided to launch 40K PLUS,” Castrission said.

The 40K PLUS program has become popular among many students in Chokkanahalli village who make their way to their local 40K PLUS pod for the one hour class. The centres run two one-hour sessions each afternoon so over 40 children from a village can enrol in the program. “The enthusiasm and excitement among the children is palpable,” Castrission said.

Arvind, who is 11 years old, can’t stop smiling and runs to the centre with his friends every afternoon.

“Our classes are a lot of fun,” Arvind said. “We learn all our lessons on the tablets and get rewarded with star badges when we pass each lesson. I have made wonderful friends at the centre. We also get to play games”.

Parents are proud and more than happy to send their children to the pods, which costs them $4.00 or Rs 200 per month for each child.

Local mother Kartika said, “Since my daughter joined the 40K PLUS learning centre she has shown considerable improvement in school”.

The kids, aged between five and 12, are provided with tablet technology, fully loaded with a customised digital curriculum based on the school curriculum in Maths and English. And rather than just learning on the tablets, they benefit by learning from each other. In a quest to win badges by mastering a level of the learning game, many of the children become the teachers.

With the lack of qualified teachers in the villages, the program has been designed in a way that it does not require formally trained teachers. Instead, women from the village are hired as facilitators in the centres and are trained by the management.

“Using tablet technology and a digital curriculum allows us to have much less reliance on finding qualified teachers in each village,” Castrission said. “We believe that you can replace the teaching function by empowering kids to actually teach themselves through a technology pathway. We actually are empowering ordinary housewives and college students, and creating employment opportunities for them to facilitate these classes. The teachers instead play in a role in focusing the class on the learning module, motivation, facilitation and positive feedback,” Castrission added.

40K PLUS has been in operation since February 2012. Each pod class can accommodate 22 students, and so far they have set up 17 pods in North Bangalore with the capacity to educate 415 children living in rural villages in India.

Castrission said, “Our goal is to reach 15,000 children in the next three years with a quality education, and reach a scale all across the country”.

Learn more about the 40K Foundation at 40k.com.au/