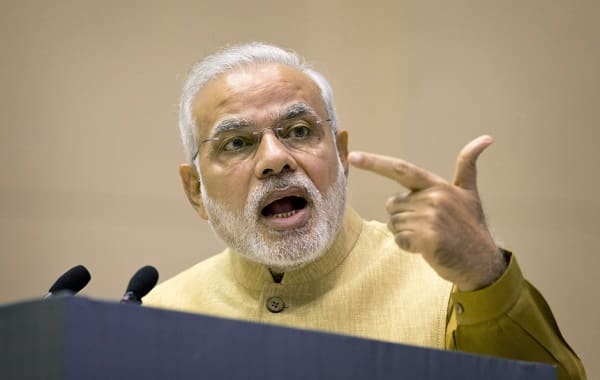 Reading Time: 3 minutesPehlu Khan was lynched by a group of “cow vigilantes” in early April. The tragic saga of a 55-year-old man being beaten to death on a highway was captured on video, and millions got to see the barbaric encounter.
The police have yet to make any substantial progress in bringing the leaders of this inhuman mob to justice.

Lynching is a public spectacle often used to terrorise a minority group into submission. Be it the Ku Klux Klan in the US or the terrorism inflicted by “cow vigilantes” against the Muslims and the Dalits in India these days, it is a terrifying message to the minority that the law is powerless to stop mob lynching.
According to Human Rights Watch, since May 2015, a vigilante campaign against beef consumption has led to the killing of at least twelve Muslims, including a 12-year-old boy, in incidents of mob violence.
It all started when Mohammed Akhlaq, a resident of Bisada village in UP’s Dadri district, was lynched by a mob for storing what the assailants deemed was beef in his freezer. It has only gotten worse since then and the latest incident in which a 16-year-old Muslim boy Junaid, on his way back from Eid shopping, was beaten and thrashed by a lynch mob in a railway compartment. The altercation, reportedly, was about seats but before he was killed, Junaid and his brothers were called beef-eaters and anti-nationals by their assailants.
The rise of this type of vigilantism can be traced back to the election campaign of the BJP in 2014. Narendra Modi allowed the genie of communal intolerance out of the bottle when he then said, “We’ve heard of the Green Revolution, we’ve heard of the White Revolution. But today’s Delhi government wants neither; they’ve taken up arms for a Pink Revolution,” he had said, presumably evoking the pink colour of beef. “Do you want to support people who want to bring about a Pink Revolution?” Modi put the issue of cow slaughter and beef export on the table.
One of India’s strengths is its secularism, enacted in 1976 with the 42nd Amendment of the Constitution of India. But the recent rise of militant Hindu nationalism is threatening this very fabric of the country.
The backlash against the lynch mob and the toothless law was evidenced by recent rallies in India. They had no political backing; rather, it was a private citizen, Delhi-based film-maker Saba Dewan, who helped rally citizen protests against these vigilantes. What was meant to be a protest at Jantar Mantar in Delhi, spread across the country and even in Canada, United Kingdom and the United States.
Prompted by this rising opposition, PM Modi did speak out against these lynchings when he announced “killing in the name of cow worship is not acceptable”.
What the Prime Minister and his senior team need to do is put their words into action and ensure that the wheels of justice move swiftly against those anti-nationals who kill in the name of caste and religion. He can order his party to stop pushing the cow slaughter agenda. He can stop this terrorism rather than choosing to remain tight-lipped about it.
India is at a secular crossroads – the choice it makes will determine whether the belief is in the true Hindu doctrine of ahimsa (non-violence), or a different form of Talibanism.