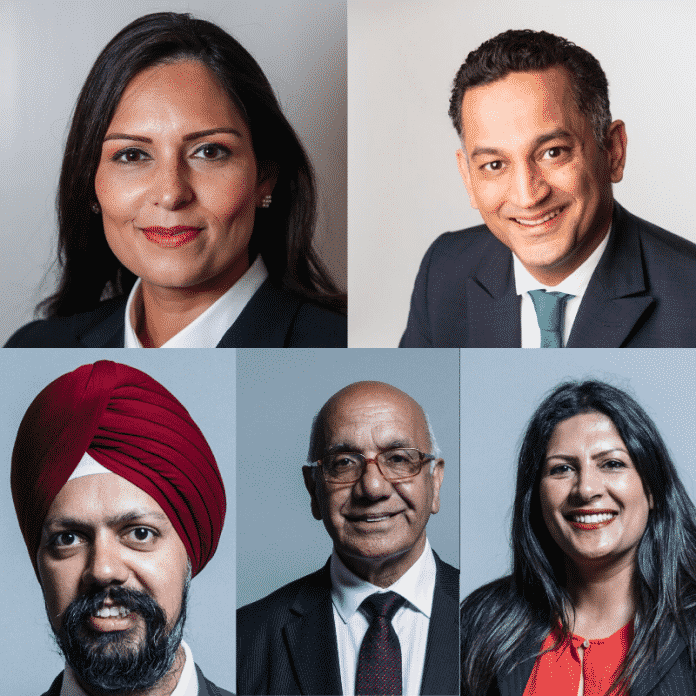 Indian-origin politicians, from both the ruling Conservative and the opposition Labour parties, have won big in the UK general election.

The Indian-origin UK Home Secretary Priti Patel was re-elected from her Witham constituency.

“Thank you to voters in the Witham constituency for re-electing me as your Member of Parliament. I will continue to be your strong voice, standing up for all communities across the entire constituency,” Patel tweeted on Friday.

Her victory means that the ruling Conservative Party, which won Thursday’s election by an overall majority, have held onto the seat they gained when it was first created in 2010, Essex Live reported.

Patel received 32,876 votes, giving the party a vote share of 66.6 per cent over the Labour which came second.

The South West Hertfordshire constituency has voted for Gagan Mohindra of the Conservative Party as its MP, reports the Hertfordshire Mercury newspaper reported on Friday.

Meanwhile, Goan-origin Conservative MP Claire Coutinho won from the East Surrey seat with a majority of 24,040.

After the results were out, Coutinho tweeted on Friday morning: “Truly honoured to be the East Surrey candidate for @Conservatives. Time to #GetBrexitDone and get on with investing in our schools, hospitals and police to keep our streets safe.”

Although the Labour earned its worst results since 1935, some of the party’s Indian-origin MP’s managed to retain their seats.

Preet Kaur Gill, who made history in the 2017 election as the first British Sikh female MP, was re-elected from her Edgbaston constituency. She won 21,217 votes.

Tanmanjeet Singh Dhesi, the first turban-wearing Sikh MP, said that he was “immensly grateful” after retaining his seat in the Berkshire constituency by securing 29,421 seats.

Virendra Sharma also managed to retain his Ealing Southall seat which he had held since 2007.