India gets its 'spook' on to celebrate Halloween 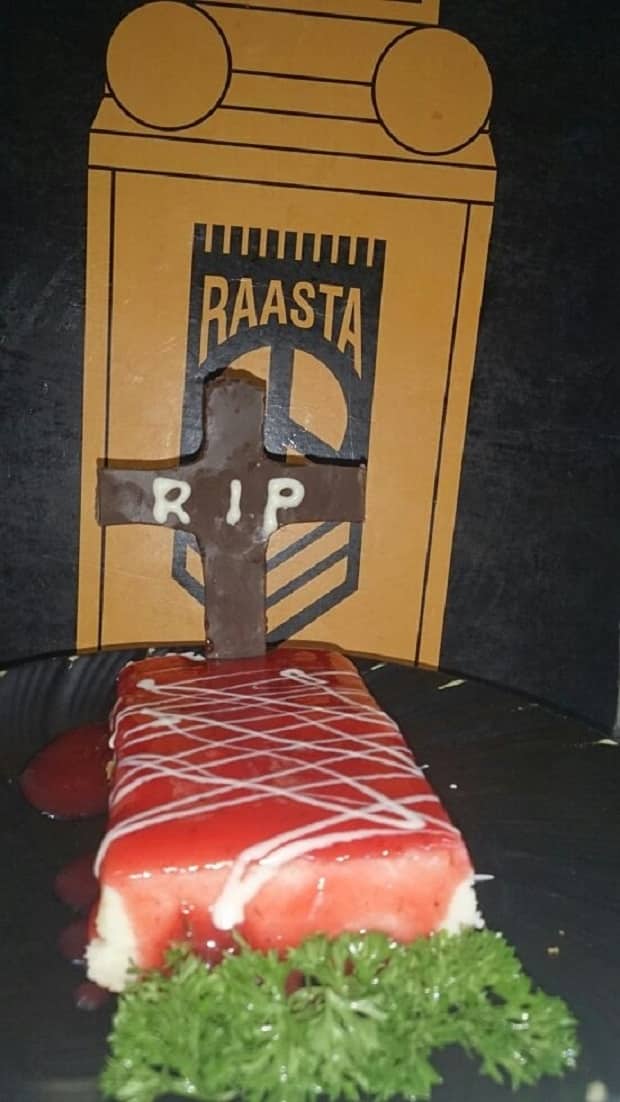 Reading Time: 3 minutesThe concept of Halloween is fast becoming a catchy routine in India, with people bringing out their scariest costumes and attending parties with friends, writes KARISHMA SAURABH KALITA
“Double, double toil and trouble, fire burn and cauldron bubble,” said the three witches in William Shakespeare’s Macbeth. The day of the dead, better known as Halloween, will be celebrated all across the world on 31 October, and Indian restaurants, cafes and nightclubs are in full swing to get their “spook” on.
The concept of Halloween is fast becoming a catchy routine in India. People bring out their scariest costumes and attend parties and get togethers much to the amusement of bystanders, much of whom have a bewildered look on their faces.
Restaurants usually cook up a theme menu where they name their dishes and drinks accordingly, to entice revellers to their joints.
Priyank Sukhija, owner of one of Delhi’s most popular restaurants, Cafe Out of the Box, in Hauz Khas Village has been organising Halloween theme parties since the past four years.
“We usually play around with our interiors, try to make it look spooky. The turnout has always been huge with a mix crowd including expats. This year we are doing four to five signature cocktails including the ‘Dracula’s Blood’, which is a Bloody Mary with a twist,” Sukhija told IANS.

“People usually prefer dressing up as vampires, nurses and witches,” he said.
The other restaurants organising theme parties are Raast, Hauz Khas Village, The Monkey Bar, Vasant Kunj, The Flying Saucer, Nehru Palace, Pluto’s Platinum Lounge, Vasant Kunj, Rodeo, Connaught Place, Zu Tisch, Greater Kailash 1, and Smokey’s, Greater Kailash 2.
Exclusive Halloween dinner buffets are available in 1911 – The Imperial, Janpath, Royal China – Nehru Place and Baywatch, ITC Sheraton, Saket.
Nightclubs like Tease in Vivanta by Taj, Gurgaon are organising a party for the first time offering special deals.
I-Kandy, Gurgaon has DJ Aqeel playing throughout the night. Kitty Su — The Lalit, Barakhamba Road, is celebrating the occasion with a graveyard theme.
Halloween parties are not only limited to Delhi, cities like Mumbai, Pune and Bangalore are also organising events to celebrate the occasion.
“It is an opportunity for people to dress up and enjoy. For them it is just another party,” General Manger and Chef of Stone Water Grill, Pune, Shailendra Kakade told IANS.
Stone Water Grill has been organising this event since 2008.
“People are quite aware of what Halloween actually is. Since the last two years, the crowd has been huge. We usually give away prizes to the couple who are at their spookiest best,” Nischint Pathania, general manager, Skyy Lounge, Ramada Powai, Hotel and Convention Centre, Mumbai, said.
“Bangalore’s cosmopolitan young crowd is adventurous and always looking for something new and different,” Pravesh Pandey, Director (Operations), HIGH Ultra Lounge, Bangalore, said.
According to Pandey, Halloween parties were discouraged by city authorities a few years back, but they are back in trend now.
“With the rising number of expats in Bangalore, international festivities are gaining popularity,” Pandey added.
Halloween is celebrated to remember the dead including saints and martyrs. It had its beginnings in an ancient, pre-Christian Celtic festival of the dead in Europe. According to the Celtic calendar, this day marked the beginning of winter. The festival observed by them at the time was called ‘Samhain’.
The Celts believed that on this day, ghosts could mingle with the living as this was the time the spirits would travel to the underworld.
Present day Halloween festivities are enjoyed by people of all ages. Activities include trick-or-treating, attending costume parties, lighting bonfires, telling scary stories, watching horror films and carving pumpkins into ‘Jack-o’-lanterns’.
The Jack-o’-lantern, which has become the symbol of Halloween, has many stories as to how it originated. According to an Irish folktale, the Jack-o’-lantern represents a spirit who was denied entry to both heaven and hell.