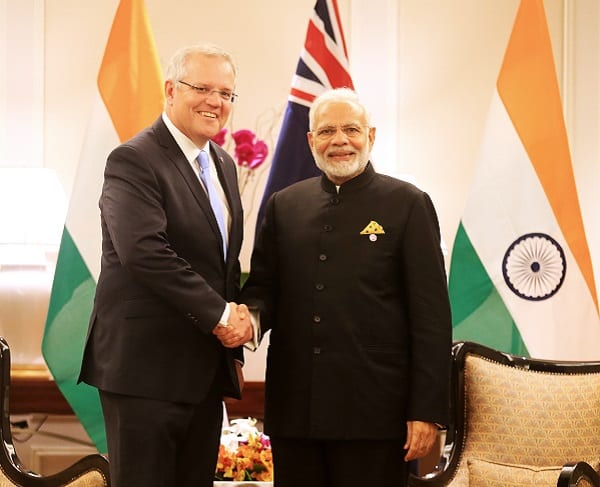 The Indian government’s invitation to a foreign head of state to be the main guest at the Republic Day parade on 26 January, is said to be a barometer of its external affairs thrust in the short term.

In his first term in 2015, it is telling that Prime Minister Modi invited former US President Barack Obama. In 2016, it was then French President Francoise Hollande. Wanting to build a stronger presence in the ASEAN regions over the next two years, the focus was on the leaders of these countries to be centre-stage with PM Modi. This year, it was the turn of the Brazilian President Jair Bolsonaro to be accorded this privilege as India turned its attention to the resource-rich country which can help meet its long-term energy needs.

In recent days, there has been much media comment in major publications (Peter Hartcher and Jennifer Hewitt in the Fairfax press and Greg Sheridan in the News Ltd stable) about the forthcoming visit to India by Australian Prime Minister Scott Morrison.

While the hope is high for a deeper engagement between the two countries, an acknowledgement from the Indian side of their desire for a storage relationship with Australia would have been to see the Australian Prime Minister at Janpath watching the Republic Day parade alongside Prime Minister Modi. Unfortunately, PM Morrison will arrive and depart a few days prior to this event of national significance. For the record, no Australian Prime Minister has scored an invite to this politically significant event.

Nonetheless, 2020 might well be the year in which the Australia-India relationship could hit a higher gear. Finally done with the musical chair scenario of prime ministership, Scott Morrison does have clear air in the top job. His former leader Tony Abbott was able to strike a good friendship with Narendra Modi thanks to their strong right-wing political and religious beliefs. With a similar philosophy, perhaps Scott Morrison will be able to forge a similar bond with his Indian counterpart.

Both countries are wary of the growing might of – and interference by – China in their own backyards (the South Pacific for Australia, Sri Lanka and Pakistan for India) and the increasing abdication of its global duties by the United States. There is enough common ground for the dialogues to be more meaningful.

Will it all translate to increased trade and business between India-Australia? Peter Hartcher in the SMH has tried to analyse the reasons for why this has not eventuated to date. One, he observes, is that unlike Canada, Australia has not effectively utilised the strength and connections of its 700,000-strong Indian diaspora, seeing that there are few Indian-origin parliamentarians; and two, that the view in India is that Adani has faced problems in Australia because it is an Indian enterprise.

Of course, the more objective view may be that the Adani Carmichael coal mine issue is an environmental issue that needs sorting rather than a discrimination issue. Regarding Indian-origin parliamentarians, that will eventuate when suitable candidates arise who can work through the party ranks and show sustained passion for a career in politics, rather than parachuted candidates who are elected for little more than their Indian origins.

The relationship will only move on from the three Cs of Commonwealth, curry and coal – to the Ds, Es and Fs of digital, education and financial services if you will – if there is sustained attention at the highest levels of both governments.

Read also: Stop this China obsession, India is more your cup of chai