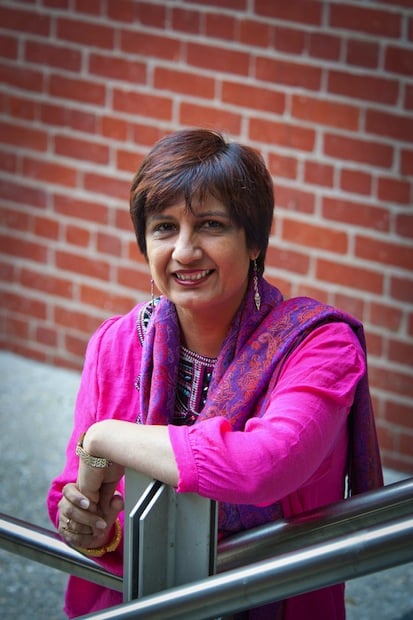 Reading Time: 3 minutesA new study from Deakin University shows that migration to Australia might be harmful to your health

A new study conducted by Associate Professor Santosh Jatrana of Alfred Deakin Research Institute (ADRI), has revealed that healthy immigrants who arrive in Australia can end up suffering from the same chronic health disorders experienced by locally-born Australians after just 20 years of their lives here.

The study, conducted by Assoc. Prof. Jatrana along with Dr Samba Siva Rao Pasupuleti (ADRI) and Dr Ken Richardson (University of Otago, NZ), showed that in just over two decades there was a significant decline in the health of migrants who arrived in Australia from both English-speaking and non-English speaking countries.

When asked what prompted her to study the health profile of Australia’s migrant population, Dr Jatrana said that an estimated 26 per cent of Australia’s total population is born overseas, and net overseas migration is the major contribution to population growth. Since employability is one of the main criteria by which migrants are selected, and since good health is essential for employability (and productivity when employed), a decline in the health of immigrants with longer duration of stay in a new country undermines one of the main goals of immigration policy.

“As the number of immigrants in Australia continues to rise, it has become increasingly important to know how health profiles differ between foreign born and native born individuals, and how those health profiles change over time,” Dr Jatrana said. “This will help identify vulnerable immigrant populations and thereby lead to relevant and revised migration policies.”

The study revealed that there are several parameters that can contribute to migrant health including adoption of Australian habits relating to diet, physical activity, smoking and alcohol, as well as the stress of migrating, adjusting to a new culture, and discrimination.

While all migrants are at risk of some stress and discrimination because of their overseas-born status, characteristics such as visible minority status may place some migrant communities at risk.

Dr Jatrana also said that another significant factor was sociocultural barriers which could also impact some immigrants from accessing preventative health care, such as lower rates of cancer screening among some immigrant women from certain ethnic groups.

Associate Professor Jatrana’s study has been published in the journal Social Science and Medicine and the data required was obtained from the Household, Income and Labour Dynamics in Australia (HILDA) Survey. This study was funded by an Australian Research Council Discovery Grant to Professor Jatrana.

When asked if her study could have negative repercussions on the percentage of migrants arriving in Australia, Dr Jatrana said that it is too early to provide a definitive answer but unlikely to happen.

“First, health is only one of many reasons why people migrate, think about income, education, governance and so on. Second, the effects are generally long-term, and people don’t tend to think long-term. Third, for those that do, if they know about our study and the possible reasons for what we have found, they will hope to mitigate them. Fourth, we are arguing for a policy response, so they may conclude that it could well be different in 10-20 years’ time.”

An alumna of Jawaharlal Nehru University, New Delhi and The Australian National University, Canberra, Dr Santosh Jatrana joined Deakin University in February 2011 after working in the Department of Public Health at the School of Medicine and Health Sciences, University of Otago, New Zealand. She also currently holds an honorary senior research fellow position at the University of Otago.

In 2012, she was also awarded a fellowship from the Australian Academy of Science for her project ‘Brain drain there, brain gain here: Understanding the health impact, regulation and health policy implications of health workforce imbalances in an Indian context’.

Assoc. Prof. Jatrana and her team continues their research on this topic and are currently exploring other health issues such as obesity, mental, physical health, specific chronic conditions and the role of health behaviour, health service utilisation and social support to explain the decline in health of immigrants with years spent in Australia.