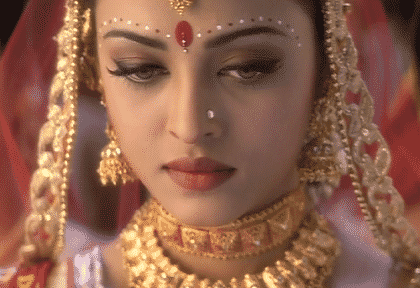 There is a very specific way in which our parents’ generation view gender norms, especially with regards to marriage for their children. It is different to the culture they left behind when they migrated here (which has since progressed without them) and unlike the western culture in the country they now call home (which they find too ‘white’).

I was speaking to a friend about an arranged marriage prospect she was looking into, and she mentioned feeling the scrutiny of ‘aunties’ who wanted to know details of her life in order to find her a ‘good match’. These aunties do have a rightful place in Indian culture where they effectively play the role of Tinder, helping to organise the first few dates. Their detective work and CIA-like connections provide details of potential spouses that otherwise require multiple dates and a lot of ‘research’ or online stalking; you know what I mean – who hasn’t googled a name and then looked into their Facebook, LinkedIn, Instagram…!
But these aunties are not perfect and many of them are a product of a socio-economic upbringing that reinforces middle class stereotypes of gendered norms. So when these same women are tasked with ‘matching up’ modern young things living in a western country, there is a big discrepancy in what is acceptable and what they find acceptable.
Everyone is entitled to their own opinion, but when you hold the soft glossy paper of a beautiful young woman’s biodata in your hands, and you have the power to shape how other people will receive information about her – your prejudices can do more harm than good.
Case in point: a young man and woman in our community started seeing each other. Word got out and here are a few ‘rumours’ that were spread:
‘She is too modern! How shameful for her parents that she’s dating so openly in public.’
‘You know her dad works really long hours, doesn’t have time to teach her anything, and her mum lets her do whatever she wants.’
‘Who will marry her now if she breaks up with him? EVERYONE knows about them!’
Notice something? Not a single one of these ‘rumours’ is about the young man, it’s all about the girl.

First of all, it is none of your business what she does and who she does it with. You aren’t neighbourhood watch and even if you were, this isn’t a kidnapping. Secondly, why bring her parents into this? If you are going to judge someone, judge them on their actions alone. And lastly, don’t you remember being young and single? Don’t you remember facing this same barrage of scrutiny and relentless criticism? Have some empathy!
When the couple broke up, the same aunties went on to say, ‘I told you – no one wants a fast girl, they will date her but not marry her. It’s not in our culture’.
Again, completely missing from these conversations is any comment directed towards the other 50% of the equation, the dude. The woman is to blame for being interested in someone, for dating them AND for breaking up with them because of course it was her fault.

When these same women sit down to discuss matching up ‘kids’, they bring these rumours to the fore and mothers seeking ‘beautiful, young, fair girls’ for their ‘handsome, accomplished sons’ will look aghast at the prospect and move on.

Does it matter to these aunties that the ‘handsome, accomplished son’ who is stated as ‘6ft and fair’ in his biodata is actually 5’8’’ and not that fair? Nope.
Does it matter that he’s had a string of girlfriends that everyone knows about? Nope.
Does it matter that he has bad habits and his partying and spending is out of control? Nope.
Why? Because in our culture the man is ‘young and impressionable’ and ‘everything will be alright after marriage’. Why? How? Is it because you are going to marry him off to a virginal young woman who will magically be able to reign him in and discipline him in a way you as his mother have not been able to? She has to be young enough so that you can mould her to your liking, pretty enough to entice your son, but also mature enough to be able to discipline him.
Add to that, now she has to be accomplished (but not more than him – god forbid she has a PhD and he doesn’t); she has to be shorter, and also younger than him (yes our men, or at least their mommies, have complexes).
If you adopt this mindset, even though you’ve had the good fortune to live in a more open and tolerant society, then you will only end up teaching your kids the same thing and not breaking this vicious cycle. So to the young men and women out there who are being matched up and entering the world of parenting, please make sure you teach your kids about being more accepting so that we eventually phase out these old fashioned stereotypes.

Because this mindset is not only narrow and unforgiving, it’s also dangerous. There are women out there who have genuinely admitted they would stay in abusive relationships if it meant financial security. There are women out there who see their dads beating their mums and don’t do anything about it. It takes great effort to not just stand up to your parents but to acknowledge that change begins within yourself and that sometimes even though you are younger, you have to guide your elders.
I know I might sound really mean and/or prejudiced towards men. I am not trying to be. There are great men out there and I know many of them. But men – it’s also your responsibility to correct this incorrect way of thinking, and advance gender equality.
If your father tells you, ‘There is no point pursuing this girl, she earns more than you’, stand up for her and let him know that financial parity is more than acceptable to you and you will live with it happily.
If the aunty at the party makes a snide comment about you being a stay-at-home dad while your wife works, call her out and let her know that you were equally responsible for bringing your baby into the world and are therefore equally responsible for its upbringing.
If your co-worker makes sexist jokes about the new girl in the office and her skirt, tell him off. Make sure he and others know it is not ok.
If the guy on the bus is staring at the woman sitting opposite him, move and stand in the way.
And make sure your own bio data hasn’t been spun to talk up your height and complexion!
Girls, don’t put up with the judgement. Don’t let it get you down. Together we will outlive old notions of gender norms and encourage our children to be better.