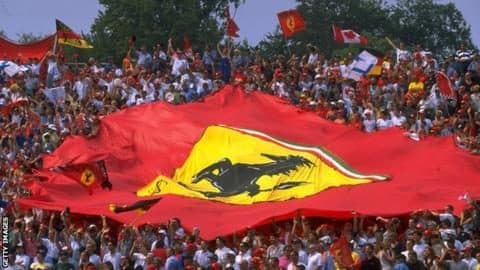 Monza (Italy) Sep 8, Ferrari’s Charles Leclerc on Sunday sealed back-to-back Formula One race wins, his second career triumph, at the 2019 Italian Grand Prix, held at the Autodromo Nazionale Monza circuit. Leclerc’s win put Ferrari’s fans, best known as tifosi, into the seventh heaven as the Prancing Horse team won for the first time at home since Spaniard Fernando Alonso did it for the Italian automobile giant the last time in 2010.

“I made a few mistakes, but happy to finish first,” Leclerc said after his thrilling win, Efe news reported. “I’ve never been so tired!!”

Following his maiden victory at the Belgian GP last week, the 21-year-old Monegasque racer started Sunday’s race again from the pole, his forth pole-start this season after Bahrain, Austria and Belgium. Mercedes’ Valtteri Bottas came in second, 0.835 seconds off the pace, after chasing closely the winner over the closing laps.

“Gutted. Tried everything we could. We move on,” Bottas briefly said after the race. The Finn’s teammate, Lewis Hamilton, finished third, 35.199 seconds slower than Leclerc. “I did the best I could, following so closely, the tires eventually went off the cliff. Not our day, but still strong points for the team,” the British driver said.

Following the 14th round of the F1 season, Hamilton remains atop the overall classification with 284 points, 63 points ahead of teammate Bottas. Leclerc is in the fourth spot overall with 182 points, just three points behind third-placed Max Verstappen of Red Bull who finished eighth on Sunday. Leclerc’s teammate, Sebastian Vettel, is in fifth place in the overall standings with 169 points, having finished the race at Monza in the 13th spot.
As for the constructors’ competition, Mercedes still leads the classification with 505 points, while Ferrari remained second with 351 points and Red Bull is in third place with 266 points.

The F1 season continues with the Singapore GP scheduled for September 20-22.