More grants announced in lead up to election 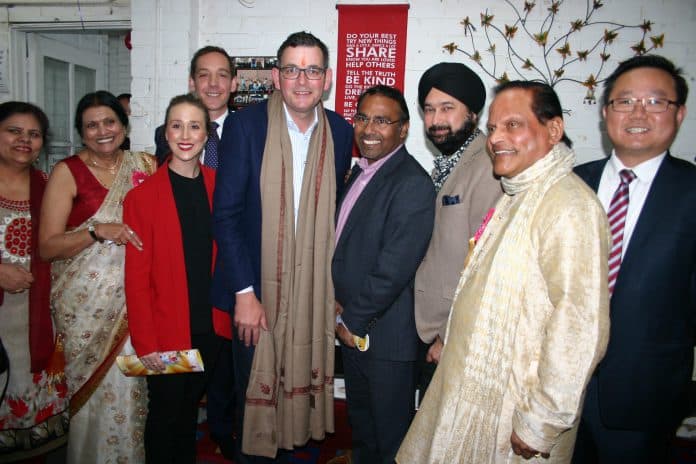 Reading Time: 3 minutesWith less than 65 days left to go for the Victorian state elections, campaign promises are being pitched rapidly as both sides of politics go into full baby-kissing mode.
In a recent announcement made at the Parliament House yesterday, Premier Daniel Andrews pledged an additional $500,000 for Multicultural Media Small Grants if Labor is re-elected in November. He also announced that the current 5% advertising budget that the Government is required to spend on multicultural media would not include SBS Television.

“SBS will continue to receive our support separately however it will no longer take away bulk of the amount from this budget,” the Premier said. “This change means that advertising budget can be spread more widely on other multicultural media outlets.”
The Premier added that a similar commitment towards regional media would ensure that large networks like Win TV would not swallow bulk of the allocated budget. Andrews took the opportunity to thank the multicultural media representatives present for their ongoing contributions and their part in enhancing civil discourse.

The premier was speaking at a roundtable discussion held at the Caucus room in Victorian Parliament recently. According to him, the Victorian Labor Government will never get into any preferring agreement with parties like One Nation. “The politics we practise will never be in any arrangement with any extreme elements; we are not going into any deals with them. They cannot be part of our political discourse,” he said.
He continued to praise migrant parents and grandparents for their courage and sacrifices made to ensure that their children are given endless possibilities. “These parents work so hard with a sense of purpose and aim to provide their children with the best future,” said the Premier. “I thank them for their respect, faith and joy in celebration of family,” he added in conclusion.

Earlier over the weekend, the Premier visited the Sankat Mochan Samiti temple in Huntingdale to announce the approval of a $556,000 grant to build a multipurpose community centre in Monash. He committed to a further $500,000 towards the project if Labor comes back into power. The announcement was made during the 10th anniversary celebration of the Sankat Mochan Samiti (SMS).
SMS is a not-for-profit spiritual and social welfare organisation, dedicated to help individuals, families and communities in critical need. SMS volunteers were present to welcome the Premier and other dignitaries with traditional Indian fanfare. Shawls and samosas were on offer, along with a queue of people wanting photos with the Premier. He, of course, was happy to oblige.
With the support of Steve Dimopoulos, Member for Oakleigh, SMS had submitted the proposal for funds to create an Indian community centre in the South East. The grant was approved under the Multicultural Community Infrastructure Program and the centre will be used for events, festivals and other community activities. “This investment will provide a dedicated space for Victorians of Indian heritage to come together and celebrate their culture and traditions with pride,” the Premier said on the occasion.