William Dalrymple's next being planned & researched through Lockdown 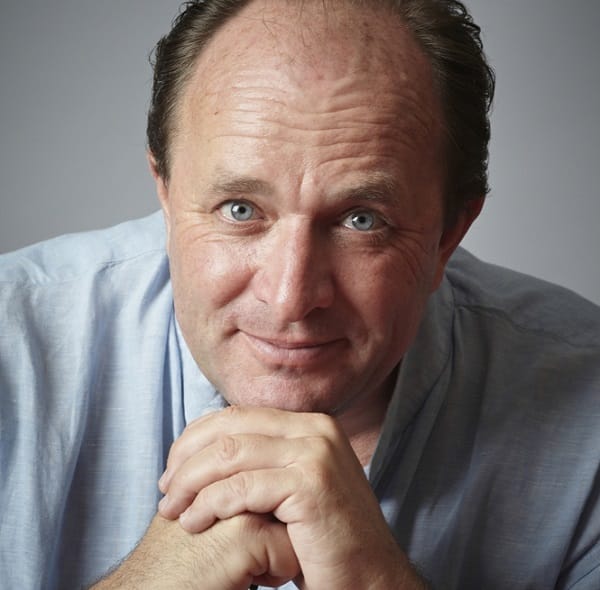 His magnum opus in 2019, ‘Anarchy: The East India Company, Corporate Violence, and the Pillage of an Empire’ has been his most successful and critically acclaimed work till date; but that has only encouraged historian William Dalrymple to scale even higher.

No newcomer to the concept of a lockdown, the author is wasting no time on a ‘time-out’; feverishly penning his next work. “Well the timing of it the lockdown and its many extensions has worked for me, instead of taking a break I’m already working on my next book. I am used to going into self-imposed lockdown when I write, so its not unusual for me. I can’t go to archives or libraries but I can do nine-tenth of what I need to do from home.”

The historian’s next is an even more ambitious piece of work — a sweeping look at India’s ideological colonisation of Asia, China and Europe during the short period between 250 BC to about 800 AD. “I’ve penned four books on the history of India which have been narratives of conquest and colonialism. What interests me now is the reverse as it were, the period of early Indian history, where India influenced the world, not through conquest or colonising, but through its sophistication of ideas, its soft power, and its scientific prowess,” states William Dalrymple.

The book speaks of the influence India had on the East and on the West. The first phase looks at how Buddhism traveled from India to become the state religion of China. The second on how Hinduism from it’s South Indian variety took over South East Asia, dominating Burma, Indonesia, Thailand, Cambodia with epics like Mahabharata and Ramayana being major influences.

The author looks at the “whole region between Kandahar and Singapore, as it becomes literate in Sanskrit and Hinduism becomes the dominant religion. So much so that even Java has a Sanskrit name, the old Capital of Thailand was called Ayutthaya, and the whole story culminates with civilization in its prime at Angkor Wat, Cambodia.”

The third period focuses on India traveling to the West with its idea of mathematics and the numerical system, “Indian ideas of mathematics, the decimal, numerical system and astronomy traveled from Baghdad to Renaissance Europe. By the 13th century Europe takes the Al-Khwarizmi to algorithm.”

The award winning author can’t contain his excitement, “Normally I am quiet social but this has forced me into deep concentration. I’m leaping up at half past 6 in the morning to exercise and write, and I come out for supper at 9 pm. It’s non stop. This story has never been told together. It’s always been told as different stories, never as one– Buddhism, Hinduism, Sanskrit and triumph of Indian Science in a short period of time between 250 BC to about 800 AD.”

Adding, “India was never a united country but it was a coherent cultural region. Just like Greece, which was never one country but its culture was one and it spread in all of Europe in it’s classical forms of philosophy, ideas and architecture. Similarly, in this part of the world, India was the cultural model for these regions never by conquest, but by sheer power of its sophistication… it’s incredible.”

The author is currently in lockdown in his farmhouse in Mehrauli, and far from feeling locked-in, he’s in his element.

“In the sense, I am more fortunate than many others and I am in the privileged position to have a space like this for the lockdown. I have vegetable patches, goats for goat milk, honey from bees, a swimming pool to exercise, and space to walk around. My wife and sons are here, while my daughter is in Somerset, having a good time with her cousins. So I have everything I need, it’s not very different from when I sit down to author my books. I can carry on exactly like before, I go to my study and the nooks and crannies in the house where I write. I’m very disciplined.”

In fact, William Dalrymple has been busier than ever through this time period coordinating and hosting Jaipur Literature Festivals digital festival “Brave New World,’ as Festival Director which has been a huge success. “I have literary asked all the people I’ve most wanted to invite to the Jaipur Lit Fest to come online with us. There are various people I have had to keep chasing given their busy schedules who either haven’t been able to attend, or those whose sessions I have enjoyed so much that I it’s been such to pleasure to have them back with us, even online.”

William Dalrymple, the author signs of on a poignant note, “One of the pleasures of being a writer is that you do spend and are used to spending a lot of time on your own. This allows you to be disciplined and get used to solitude. You learn to become happy with your own company and give yourself time. This time has allowed people to take the opportunity to think, to spend time with themselves rather than rushing to next appointment, project or party… it’s rather good to have time don’t you think?”

READ ALSO: William Dalrymple’s The Anarchy: A story of how far corporations can change the world