From the return of the Kings to AB de Villiers' 'Spiderman' catch, here's a look at our favourite moments from the IPL 2018 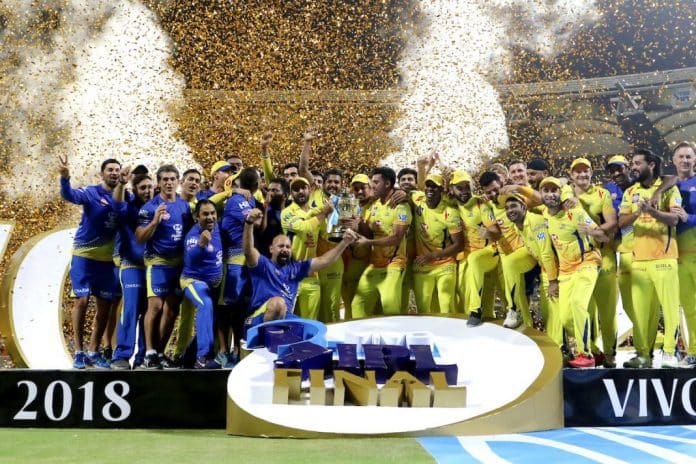 Reading Time: 4 minutesIndividual brilliance may dominate sport highlight reels, but close competition is what makes a professional sporting league a great one; the more even the teams, the more captivating the journey. Competition is what makes the English Premier League, for instance, the most compelling football league in the world; any team on its day can upset the traditional powerhouses. This year, the IPL – which administrators have openly hoped will soon match the appeal and brand value of the EPL – did its best to emulate its English cousin, with seven of the eight teams still gunning for a top-four finish in the dying throes of the round robin stages.
With the tournament now at an end, it’s not easy to catch up on six weeks of highlights – so here’s a look back at the defining moments from IPL 2018.
Return of the (Super) Kings
Suspended from the previous two seasons of the IPL for its administration’s involvement in a corruption scandal, Chennai Super Kings, the most successful franchise in IPL history, picked up where it left off, continuing its unblemished run of never missing the playoffs.
Under the helm of MS Dhoni – as it has been since 2008 – CSK once again rose to the occasion, adding a fourth title to their overflowing trophy cabinet.
CSK’s success in no small part relies in the franchise’s loyal retention of key players, including Dhoni, Suresh Raina, Dwayne Bravo, Ravindra Jadeja and Faf du Plessis. This season though, it was the last of these names who produced the most vital performance of them all – although Shane Watson’s remarkable 117* in the tournament final was in every respect its equal.

Playing just his fifth game in the tournament, and with very little form behind him, du Plessis was an unpopular choice to open CSK’s chase of 140 against the fancied Sunrisers bowling attack. When CSK collapsed around him to 6/62 – and again at 7/97 – du Plessis’ lone hand looked set to be in vain. But the Proteas skipper blasted 22 runs off the 18th over, sealing the match with a six in the final over to bring CSK roaring home.
King Khan
Over the years, each time the Kolkata Knight Riders have taken to the Eden Gardens pitch, a Khan has always taken centre stage. In the second qualifying final between KKR and the Sunrisers Hyderabad at the Eden Gardens however, it was not KKR owner Shah Rukh, but Afghan teenage sensation Rashid Khan who reigned in the far East.

The Sunrisers were teetering at 6/134 in the first innings when Khan entered the fray. Over the course of 10 balls in the last three overs, the 19 year-old launched a stunning assault, and blasting four sixes in an unbeaten 34* to lead his team to a competitive 174.
Later, with KKR cruising at 10 runs an over and the match slipping away from the Sunrisers, Khan once again took centre stage: first with a run-out, then with three vital wickets – and two catches for good measure.
The accolades soon began to flow in for what was undoubtedly, given the context of the game, the best all-round performance in the history of the IPL, if not T20 cricket at large. Sachin Tendulkar labelled Rashid “the best spinner in the world” in this format, while the greatest of all time, Shane Warne, said Rashid gets him “excited” more so than any other tweaker.
A swansong for Superman?
AB de Villiers is by some distance the most widely-loved cricketer in the world, but in India his popularity is in another echelon altogether. De Villiers’ motivation for top flight cricket may have waned in the last year or two, but his prodigious talent and almost nonchalant superiority remain very much intact.

If any proof were needed of this, de Villiers – who recently announced his retirement from international cricket following Bangalore’s bitterly disappointing campaign – dished it out in spades this season. With the bat in hand, Mr 360 was at his innovative and destructive best, notching up six fifties and blasting more sixes per innings than any other player.
Then there was the catch. Stationed on the mid-wicket boundary, de Villiers looked destined to be a spectator when Englishman Alex Hales launched a Moeen Ali delivery into the night sky. But de Villiers has never stuck to script; instead, he launched himself upwards and to his right, and fully outstretched, plucked the ball one-handed out of thin air, contorting his body to land within the boundary.
It was a catch even Virat Kohli found difficult to comprehend, and one that may merit a crossover for cricket’s Superman from DC to Marvel. “AB’s catch was Spiderman stuff, you don’t do that as normal human beings,” said Kohli.
It’s unclear whether de Villiers will return to the IPL stage; he has made it clear that his retirement was not motivated by a desire to sign lucrative overseas league contracts. But if he does not, he left where he began: at the top of his game.
The keepers’ season
If T20 cricket is by its nature a batsman’s game, then IPL 2018 has belonged to the glovemen, with Dhoni, KL Rahul, Dinesh Karthik and Joss Buttler all enjoying their most productive-ever seasons with the bat. But from an early stage, it was 20 year-old Rishabh Pant who set the tournament ablaze, eventually picking up the emerging player of the tournament award after scoring nearly 700 runs at the staggering strike rate of 174.
One of the few bright spots for Delhi’s miserable season, Pant has staked a major claim for a more regular spot in India’s limited overs sides. Pant’s brutal 63-ball 128* against the quality Sunrisers bowling attack was the innings of IPL 2018, despite the stylish left-hander’s penchant for running out his teammates – but Pant also peeled off five other fifties and a tournament-topping 37 sixes.