An influx of internationals 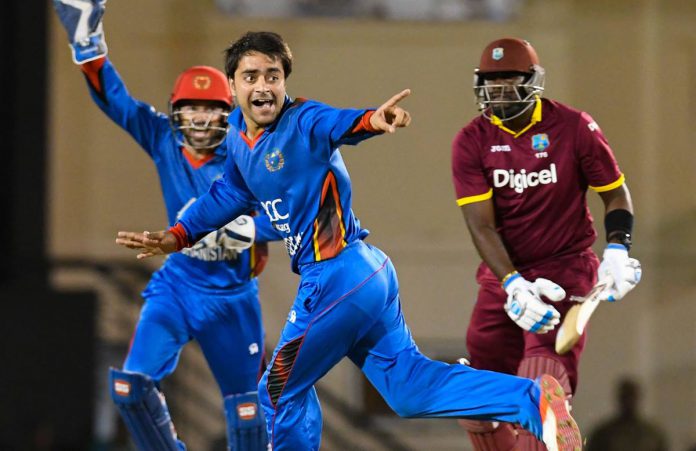 Reading Time: 4 minutes
The year 2018 marks a decade since the Indian Premier League first kicked off, in a thrilling fashion that many would (with a whisper, of course) say was almost scripted in its perfection.
Since then, geographical borders in the cricketing world have become increasingly irrelevant a concept, bucking the global geopolitical trend.
Despite the BCCI’s ongoing refusal to permit Indian players to play in overseas domestic T20 leagues, this year’s edition of the Big Bash League was evidence enough that the league continues to expand its horizons, attracting for the first time talent from Afghanistan in the raw yet brilliant teenager Rashid Khan and the experienced Mohammad Nabi.
Since its inception, the BBL has relied heavily on the strength of domestic cricketers, with a maximum of two international players permitted in any playing XI. In comparison, the IPL and Pakistan Super League allow four internationals.
This is no small reason that the BBL is perhaps the most competitive of all the leagues – a team’s international players, whose availability is often fickle and allegiance variable, are not as deterministic of its fortunes in the BBL as they might be in other leagues.
The balance between bat and ball, too, is vital – scores above 200 are exceedingly rare in the BBL, while they are bread and butter on the small, unforgiving grounds and pitches in India.
It is perhaps this distinction which makes the success of subcontinental players in the BBL so captivating; it warrants respect and is a genuine mark of quality.
The Afghani duo are not new to top-flight franchise cricket – both played for the Sunrisers Hyderabad in the IPL last year.
While Khan was successful, picking up 17 wickets in 14 games, such is the demand for marquee players – and, admittedly, the quality of the overseas contingent – that Nabi only played three games.
Notwithstanding their mixed success in the IPL, the pair are a natural fit for the BBL, as they are – despite being in every respect the quintessential underdogs – charismatic, aggressive in their approach, and they play for every ball as if they are playing for their lives.

Melbourne Renegades’ import – and this season, a key player – Nabi (photo above), is still pinching himself.
“It was my dream that I would play one day in the Big Bash League and this dream came true,” said the 33-year-old former captain of the national team. “There was nothing at all, no proper grounds in Afghanistan, when we first started cricket there.”
Forget the dearth of facilities and resources that characterises even an elite Afghani player’s rise through the ranks though – at the turn of the last century, cricket was only played in hiding under the Taliban regime.
Pakistani players too, have enjoyed significant success down under. From Yasir Arafat, one of the most reliable BBL death bowlers in its early editions, to leg-spinners Shadab Khan and Yasir Shah this year, players from cricket’s most mercurial talent corner have thrilled Australian and international audiences alike.
With no Indian players having ever taken part in the BBL, it is in some ways surprising that the BBL has generated the popularity it has, including in India.
Yet although the IPL remains the pot of gold in the rainbow of T20 leagues, even the BCCI would acknowledge the sheer depth of international-standard T20 leagues; they need look only at Chris Gayle, who, after becoming unwelcome in the BBL, has plied his trade in the Bangladesh Premier League, with no damage whatsoever to the BBL brand following his departure.
Naturally, there are scheduling issues: Indian domestic competitions take place over December and January. Also of concern to the BCCI is protecting the IPL brand – and competitive advantage – by restraining its players’ freedoms and ensuring that the IPL remains in every respect the premier league.
More unclear is the rationale behind restricting lesser-known players who are either not yet on the radar of national selectors, or have for all purposes retired from international duty – think of the learning curve of playing on hard, bouncy pitches for young guns such as Rishabh Pant or the thrill of playing in front of packed houses for forgotten stalwarts like Suresh Raina.
There have been some positive signs, with India’s female cricketers having been given clearance to play in the WBBL last season – but despite other ICC members making concessions to allow their players to play in the IPL, for now, it doesn’t appear as though the BCCI is interested in reciprocity.