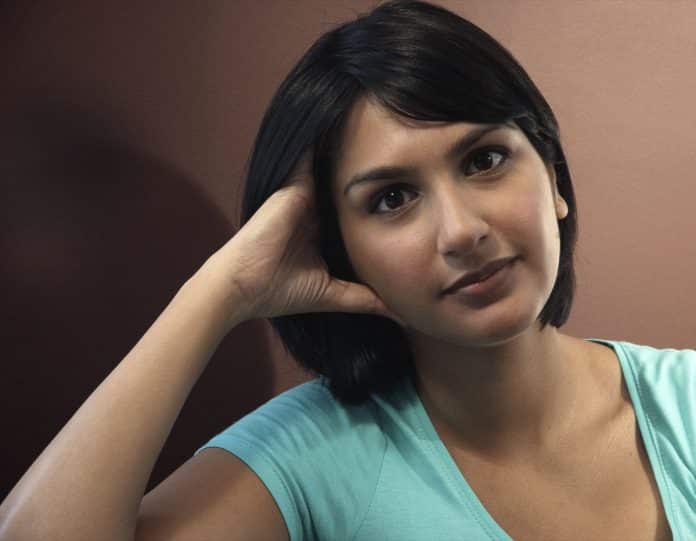 Reading Time: 4 minutes“If you were a geek growing up, you’ll recognise how lonely it can be. If you were the female geek, you’ll know it’s far lonelier,” says Angela Saini in her book Inferior: How Science Got Women Wrong, which takes on biased assumptions and sloppy research against women in science.

In her work, the British writer and journalist, who was recently in Sydney as part of Sydney Writers’ Festival 2018, attempts to understand why women have not been represented well in science and technology fields.
She realises that women still live under the shadow of a legacy that perpetrated myths of women being intellectually inferior to men, carrying forward centuries of systematic exclusion and prejudice.
Angela spoke about myths and truths to differences in how men and women think and feel. Talking about Charles Darwin, whom she admired, Angela said he was careful and detailed but didn’t extend that thoroughness to his hypothesis on women’s inferiority. Her chapter titles are self-explanatory: Woman’s Inferiority to Man; Female Get Sicker But Males Die Quicker; A Difference at Birth; The Missing Five Ounces of the Female Brain; Choosy, Not Chaste and The Old Women Who Won’t Die.

She was also part of another event lead by Deb Verhoeven, ‘Women in Tech: Okay Ladies, Now Let’s Get Some Information’, along with Aminatou Sow, co-founder of Tech LadyMafia, and Elanor Huntington, first female Dean of Engineering and Computer Science at the Australian National University. Theirs was a lively discussion about why science and technology industries continue to remain boys’ clubs and how women can make a dent, regardless.
The writer shared how she was the only girl in class, in college and school, which was in direct contrast to her egalitarian upbringing. “My father was instrumental in cultivating my love for science,” she reveals. “He was an engineer and whenever he was building something at home I would help him.”
And yet, she felt lonely in the outside world because she was an exception. “I still felt I wasn’t female enough. That somehow I was different because I enjoyed Math and Science.”
Her research helped her debunk some of her own constructs. “There is no difference, I realised, be it spatial awareness, psychological studies, mathematical reasoning, language, cognitive or IQ. We have known that for a 100 years. No difference,” she says.
Which, of course, leads to her next question. “Why was I the only woman? It’s because of choices and circumstances. At home, I got the message that it was good to do, other women weren’t getting that message and were making different choices,” she points out. “Being a British Indian helped. It was inculcated in me that engineering was a plum profession.”
People, Angela adds, still see inequality as a result of a biological fact, “It is a problem. A lot of people in Silicon Valley see it that way. That’s what the Google guy thought, who wrote that memo about women.”
[In August 2017, Google fired a software engineer who wrote an internal memo that said that there were fewer women in technical positions as a result of biological differences and not discrimination.]
Yet, we have to be careful of adding to the stereotype threat, whereby women think tech and science worlds are difficult, sexist, and a struggle for them. “It pushes them away. Hearing that isn’t going to make me want to enter the profession. Think about immigrants and the kind of jobs they take up and why,” she says.
She provides a sound analogy for her case, “Look at the Indian immigrants in the ‘70s and ‘80s, their parents told their children: be a doctor, or a lawyer. Why? It brings them status, money, security. There is a proven path, a good career. See how well British Indians are represented in medicine today. That’s what we need to do with women.”
Indeed Saini would be happy to note that even though Australian women in STEM continue to be few and far between, there are many role models here from our own community, including mathematician Prof. Nalini Joshi AO, and inventor and scientist Prof. Veena Sahajwalla. (Sahajwalla incidentally, is often referred to as the poster girl for women in STEM in this country.)
Positive reinforcement is the key. “I had loads of job offers after I finished my degree,” Saini revealed. “We need to remind girls that this is a bankable degree for you. That you will get paid well. You will definitely get a job, in fact, jobs will come knocking at your door.”