Can the two countries envision a mutually-benefiting relationship on the basis of education, questions AMIT DASGUPTA 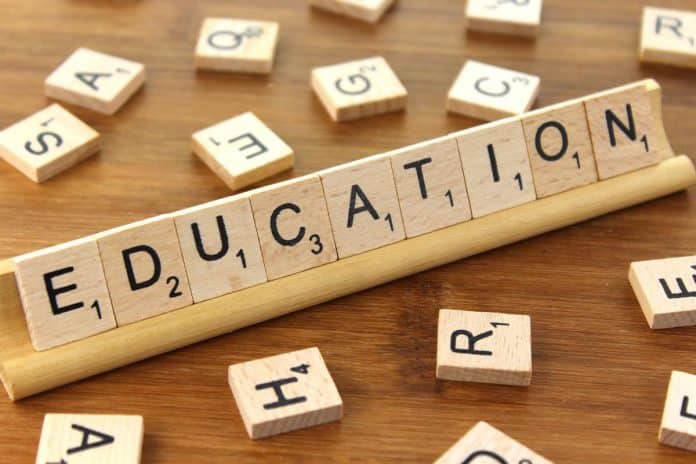 Reading Time: 4 minutesIndia faces a critical challenge in the education sector that has, tragically, been of its own making. In each area, whether primary, secondary or tertiary, supply and resource constraints, infrastructural inadequacies, lack of qualified personnel, including faculty, are a common complaint. This is a result of seven decades of neglect and a lack of forward-planning.

Over the years, this led to a proliferation of private initiatives, several of which are sub-standard and solely aimed at taking advantage of the supply-demand mismatch. While private sector participation in education is to be welcomed, without proper regulatory mechanisms in place, a mushrooming of dodgy institutions and informal parallel service-centres will only churn out graduates who are not employable. This kind of factory-approach to education is particularly worrying, not only for policy makers but also the corporate sector. Indeed,India’s demographic dividend could potentially become a demographic calamity.
With almost half its population under 25 years of age, India needs to dramatically increase access to quality education, so as to sustain high economic growth and emerge as a regional and global economic power. Unfortunately, uneven development and huge disparities, whether in terms of a rural-urban divide or gender, income levels or social status make the equitable availability of high-quality education one of the grand challenges that confronts the government.


Sadly, over the past seven decades and more, education has received only passing attention. Even today, the allocation in the fiscal budget is only 1.2 per cent. Unless this anomalous situation is addressed and urgently, India faces a significant and crippling crisis that has dangerous consequences for its future.
This neglect has impacted educational institutions pan-India. Future-thinking, for instance, is not part of our pedagogy. We use a 19th century pedagogy to create a 21st century mindset. We educate our children but never encourage them to learn. We insist that they memorise, but never to understand. We shun curiosity because it challenges the status quo. We uphold “jugaad” (improvisation) and extol its virtues but do not invest in research and, thus, in innovation. We hesitate to train our teachers to embrace technology or “new” thinking because we feel threatened. We disseminate information but not how it might be processed and used to advantage.
The government has recognised the compulsions of urgently addressing the education crisis. Prime Minister Narendra Modi and his party would, naturally, look for a second term. For this, they would focus on economic and social well-being as their principal electoral plank. This, in fact, is a collective aspiration shared by all political parties. It is also a collective aspiration of all Indians.
At the same time, it is well-established that such an end objective would be elusive unless India recognises the power of human capital. This explains the current and significant interest the government has shown in education reforms and investment, including in the higher education space and, especially, in research and foreign collaborations. What is also noteworthy is that India’s corporate sector has started taking greater interest in the quality of education provided. Analysts, however, suggest that India would not be in a position to achieve its objective on its own in the short or medium term.
We are already witnessing a strong push-factor, where increasing numbers of Indian students emigrate for higher studies. Indian students have generally opted for the US and the UK. There were good reasons for this. However, the situation has dramatically changed, thanks to policies that governments in those countries have adopted and, more critically, the manner in which the Indian rupee has devalued vis-à-vis the US dollar.

This is the new sweet-spot for Australian higher education providers and might well emerge as a win-win situation that dramatically and positively impacts bilateral relations. As we have seen in the case of the US and of the Colombo Plan and Commonwealth Fellowship students who had studied abroad, those studying in Australia could become lifetime advocates and brand ambassadors for India-Oz relations.

However, Australian higher education facilities are not yet a well-known brand in India, essentially because of the traditional and strong pull of the US and the UK. Few know, for instance, that out of 33 universities in Australia, seven are in the top 100 QS rankings in 2019 of which five are in the top 50.
Several Australian universities have now started setting up offices in India and expanding staff in existing offices. All are investing in outreach activities, such as the recently-concluded stellar India Open Days that the University of New South Wales held in the four cities of New Delhi, Chennai, Pune and Mumbai which showcased the unique manner in which pedagogy embraced technology.


It is also worth mentioning that in a number of areas of development interest for India, leading-edge Australian research can provide compatible design solutions. These include energy efficiency, photovoltaics, HIV/AIDS, optometry, smart transport, sustainable housing, cyber security, artificial intelligence, rooftop cooling, waste management, water resources, quantum computing and many others.
The robust manner in which the inflow of high-achieving Indian students to Australian universities has increased in a short span of time is testimony to the increasing awareness of the quality of learning and living that Australia offers.
During President Ram Nath Kovind’s historic visit to Australia, he emphasised how knowledge partnership could contribute towards crafting the new architecture in the bilateral relationship between the two countries.

Education is a force multiplier. Happy to note that “education” has been chosen as the flagship sector for Australia in the "India Economic Strategy” commissioned by your government #PresidentKovind

Only time will tell if Canberra is willing to see India as the new go-to destination and emerge as a strong development partner for India’s rapidly spiraling aspiration. And, equally, whether India is able to think outside its blinkers, in the short and medium term, and seize a knowledge partnership with Australian universities to address the aspirations of its young demography and its corporate sector.
A great opportunity awaits if the two countries can seize the moment. Indeed, a new and dynamic chapter in bilateral relations could be written. It is time to lift the game and to see with new eyes.
(The author, a former Indian diplomat, is Inaugural Director of the UNSW India Centre)