Take a plunge: Try these adventure tours in India 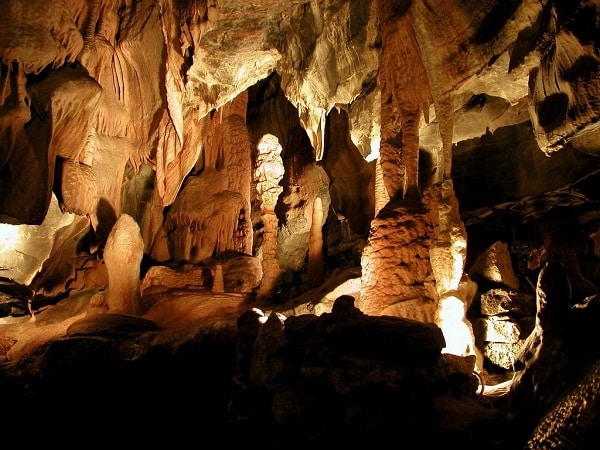 Caving
Meghalaya means the land of the clouds. But, for thrill seekers travelling to this state in North-Eastern India, the real fun is not in the sky, but underground.

With more than 1,200 caves, Meghalaya has the largest network of caves on the Indian sub-continent, stretching over 300km.
Negotiating slippery inclines, wading through waist-deep water and marvelling at gigantic limestone formations are some activities that you will do while caving.
Many operators offer caving tours, complete with gear and a professional guide.
BEST TIME TO VISIT: November to March
STAY: Many medium-range and budget accommodations in state capital Shillong
GETTING THERE: The closest airport from Shillong is Guwahati, 128km away. From here, buses and taxis ply regularly
Scuba diving
Beaches are for relaxation, but if you want adventure, you must take the plunge. Literally.
India has some of the best scuba diving destinations in the world, with the Andaman and Nicobar islands and Lakshadweep islands offering pristine waters that have corals, stingrays, dugongs and even whale sharks.

In the Andamans, the most popular spots are Lighthouse, Mac Point, Neil Island, and Cinque Island, while Lakshadweep’s top picks are Kavaratti, Bangaram and Minicoy.
The other places in India where you can go scuba diving are Puducherry, Goa, Netrani island (Karnataka), Tarkarli (Maharashtra) and Dwarka (Gujarat).
BEST TIME TO VISIT: October to June
STAY: Private hotels and resorts as well as government-run hotels
GETTING THERE: Both sets of islands are connected to the Indian mainland by air. Port Blair is the gateway to Andaman and Nicobar, and Agatti for Lakshdweep
Frozen river trek
Walking on water is possible for mere mortals, too, if you can brave subzero temperatures.

The Chadar trek in Ladakh is challenging but has been attracting trekkers for some time now. The trek gets its name from the sheet, or chadar, of ice that the Zanskar river turns into during winter. For eight to ten days, trekkers must walk on the frozen river and stay in caves or tents.
BEST TIME TO VISIT: Mid-January to February-end
STAY: Mostly tents, homestays on some days
GETTING THERE: The only way to get to Leh in January is a flight from New Delhi. From Leh to Sumdo, the starting point of the trek, by car.
Try these out, too
Punjab’s rural Olympics: They are held near Ludhiana, and feature horse racing, acrobatics, athletics, martial arts and feats of strength.
River rafting: While Rishikesh in Uttarakhand is known for its rapids, other places where you can do it are Ladakh (Jammu and Kashmir), Kullu (Himachal Pradesh) and Kolad (Maharashtra).
Bungee jumping: Rishikesh has the highest bungee jumping spot in India, but you can also experience the extreme thrill at Goa, Bangalore, Delhi and even Jagdalpur in Chhattisgarh state.
Air show at Bengaluru: Aero India is a biennial air show and aviation exhibition and the second largest air show in the world after the Paris Air Show. The next edition is in 2019.
Mahalaxmi race course: Built in 1883 and modelled on the Caulfield Racecourse in Melbourne, it hosts the Indian Derby on the first Sunday of February.