The Indian-origin academic was conferred the Order of the Rising Sun for his extensive contributions in the field of Japan studies. 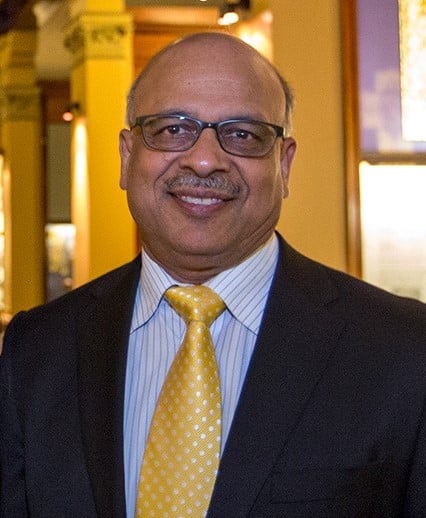 Prof. Purnendra Jain of the University of Adelaide was recently awarded the Order of the Rising Sun, Gold Rays with Neck Ribbon by the government of Japan on behalf of the Japanese emperor. It is the third highest award in the Order and the highest award for an academic, as the first two awards are reserved for top political leaders, royalty and high-ranking public officials.

It was conferred in recognition of the Indian academic’s extensive contributions across a four-decade long career.

“My contributions to the field of Japan studies include my scholarship, training a generation of Japan-knowledgeable students, editing journals, and establishing exchange programs between Japan and Australia, amongst other things,” Prof. Jain told Indian Link.

His interest in the country dates back over thirty years to when he was a Political Science lecturer at Delhi University. After meeting a professor from England who was a specialist in Japan, Prof. Purnendra Jain became interested in Japan “as a country with traditions yet modern outlook.” He took up an intensive Japanese language course at the university, and after it was completed, he was offered the Japan Foundation Fellowship to visit Tokyo to study language and politics. Since then, there’s been no turning back.

This past ‘Showa Day’, an annual Japanese holiday honouring the old emperor’s birthday on 29April, Prof. Jain was one of the individuals conferred the highest civilian honour. While the Order of the Rising Sun has been awarded to Japanese citizens since the late 19th century, it was only extended to foreigners in the 1980s.

“It is unusual for a migrant in a third country (as I am not Australian by birth) to be recognized by the Japanese government. In Australia, there are maybe two or three academics who have been awarded this order,” the professor said.

He told Indian Link of the Japanese concept of ‘gaijin’ which means ‘outside person’. It relates to the society’s general distancing of outsiders to one’s social circle or outsiders to the country.

He explained: “We have a tendency to think through our own cultural prism. We think ‘oh, Indians are good at cultivating friendships’ but that isn’t the case there. To be recognized, accepted, and acknowledged is a long and winding road for foreigners in Japan.”

“They even invite me to their homes, which is very unusual in Japan. It’s not their culture. Now some of them are former politicians who helped me with my research in the early days. When I informed them of the award, they were delighted. I got a lot of calls and emails from Japan,” he said.

From 1980 to today, Prof. Purnendra Jain has cumulatively spent over seven years in Japan.

“The first time I visited, I stayed for one year. The next time was eight months. Since then, I’ve been to Japan countless times. I’ve spent a lot of time there, including teaching at various institutions like the prestigious University of Tokyo,” he explained.

And what does he think we can learn from Japanese society?

“What impressed me is that it’s a society where people are very honest, genuine, and punctual,” he said. He recalled incidents in the 1980s, before the time of mobile phones, when appointments had to be made weeks in advance with location and time decided, and everyone was always present on time.

He added: “Sometimes people say they’re too meticulous, too bureaucratic or too systematic, which is quite a contrast to India in a way, but it was a huge attraction to me.”

Over the years, Prof. Jain has observed that interest in Japan has increased in India.

“There are also many Indians in Japan, about 30,000 or so. Almost by accident, they are becoming Japan-literate by living in that society, learning the language, and interacting with the people,” he added.

Despite retiring in late 2019, the professor remains active in the field. He is involved with the Japanese International Cooperation Agency (JICA) for research papers in addition to advising a think-tank in Adelaide and continuing to supervise PhD students at the University of Adelaide.

“I’m proud of the award and also humbled. My interest is not just academic, but what we can learn through deep research about Japan and its relations with the world. I try to communicate that in simple terms for people to understand,” he said proudly.