An Asian regional relationship needs to be enhanced and maintained, beyond traditional ties 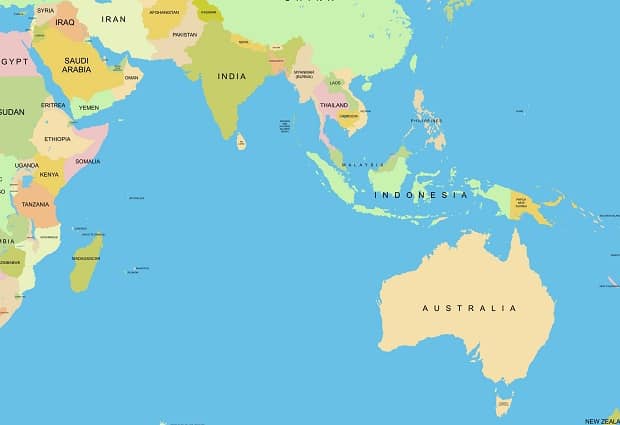 When World War II ended, the great slogan in Europe was ‘Freedom’. The Nazi assault on freedom was the justification to go to war against them. But when the same war ended in Asia, former colonial powers attempted to reimpose their rule over their former colonies. A glaring example was General MacArthur’s promise of freedom for the Philippines, which was ultimately kept. The two prominent examples of attempted reconquests included the French in Vietnam and the Dutch in Indonesia.

British troops landed in Jakarta with the intention of helping the Dutch to reconquer their former colony in what was arrogantly described as a ‘police action’. It is significant that Bob Menzies, the then Prime Minister of Australia, went against the British action. He teamed up with the then Indian Prime Minister, Jawaharlal Nehru, who was helping the Indonesians to safeguard their newly won independence, and denounced any attempts to re-subjugate Indonesia.

It was the joint initiative of Australia and India in the United Nations which led to the Dutch withdrawal from Indonesia. Menzies had realised the importance of neighbouring Indonesia to Australia. The echo of this sentiment is found in former Prime Minister Howard’s statement that there is no country more important to Australia, than Indonesia. So when he became Australia’s Prime Minister, the first country that Howard visited was Indonesia, and not Britain as had been the norm till then. Prior to this, Paul Keating, as Prime Minister of Australia, had been criticised for having close dealings with Indonesia.

For India, Indonesia is very much its cultural child, its genetic and cultural links with that country being strong and enduring. It was Biju Patnaik, a well-known Indian politician, who personally piloted Indonesian leaders to safety when the Dutch were out to seize them.

In the nineteenth century, both France and the Netherlands had advanced their colonial pursuits in Southeast Asia. During that period their archaeologists had been researching the past of their newly conquered colonies. The tropical jungles of those countries were overgrown and covered large areas where ancient monuments lay. These included Angkor Wat in Cambodia and Borobudur in Indonesia.

Clearing the forest growth was an arduous task. Modern space science methods have been used and have greatly helped to uncover the precise geometry of both Angkor Wat and Borobudur. Angkor Wat is the world’s largest Hindu temple. Its intricate bas-relief carvings reveal the stories of Hindu mythology. Built by the Emperor Suryavarman II, Angkor Wat derives its inspiration from Southern India with regard to design as well as artistic origins. Angkor Wat is an important World Heritage Site. The Archaeological Survey of India has being carrying out restoration work from 1986.

Hinduism and Buddhism converge in Southeast Asia. There may be those who seek to point out that there are ‘great differences’ between Hinduism and Buddhism. However, they need to remember that the convergence of those two religions takes place even in Muslim-majority Indonesia. In Thailand and in Cambodia the royal houses are traditionally Hindu, whilst the general populations are Buddhist. Important occasions have ceremonies conducted by Brahmin priests. Recently, the ceremonies for the funeral of King Norodom Sihanouk of Cambodia were Hindu. A similar situation exists in the royal houses of Bali.

India’s national emblem is the Ashoka pillar. It has been reconstructed from various bits and pieces found in historic sites in India. However, Thailand has several well-preserved Ashoka pillars such as in Chiang Mai.

Borobudur is arguably the world’s biggest Buddhist monument. Built in the ninth century, it encapsulates Mahayana Buddhist philosophy. Constructed during the Shailendra dynasty, it demonstrates the influence of the Gupta dynasty of India. The Gupta Dynasty excelled in several fields such as science, agriculture and the arts. Indonesia remembers its Buddhist past. It has incorporated the Pancha Sila (the five Buddhist principles) into its educational system and its relationships with other countries.

The Shailendra Dynasty covered the central plains of Java as the Medang Kingdom, as well as the famous Sri Vijaya Kingdom. Hinduism and Buddhism flourished side-by-side. In Borobudur, the pilgrim goes through a symbolic journey which marks the ‘three worlds’ of Buddhist cosmology: the world of desire (Kamadhatu), the world of forms (Rupadhatu) and the world of formlessness (Arupadhatu). The monument is large and extensive, and has nearly 1500 panels carved into its walls.

India needs to reinvigorate its relationship with Southeast Asia, for which the cultural base already exists. These countries are also strategically important to Australia. India has a large enough navy to patrol the eastern rim of the Indian Ocean. Its growing naval power should enable it to also have patrols in the Western Pacific as well. News reports suggest that India is building a large aircraft carrier. The sinking of the submarine INS Sindhurakshak has jolted India from any complacency, and it is determined to bring its current ageing fleet up to date.

Pakistan revolution can be to India’s gain