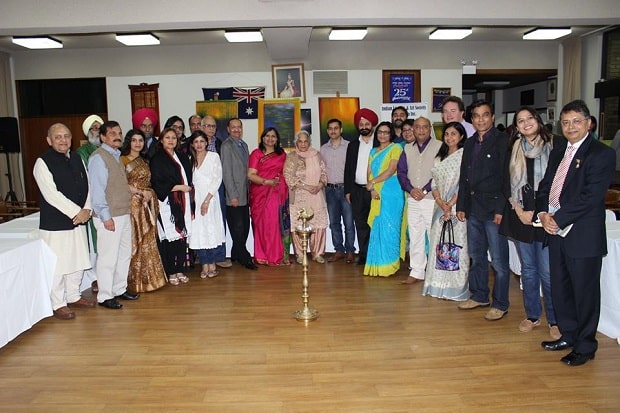 The profound, the spiritual, the humorous. There was poetry of all kinds at the fourth annual Hindi Kavi Sammelan (poets’ conference) held in Epping in mid-September.

Organised by the Indian Literary and Art Society of Australia (ILASA), the event was held to celebrate Hindi, the fourth most-spoken language in the world, on Hindi Day.

Presenters at the conference, all from Sydney’s Indian community, greeted each other warmly on the occasion before presenting their creative works. They help keep the language alive and thriving in a country where, according to the last census, it is one of the top ten spoken languages. 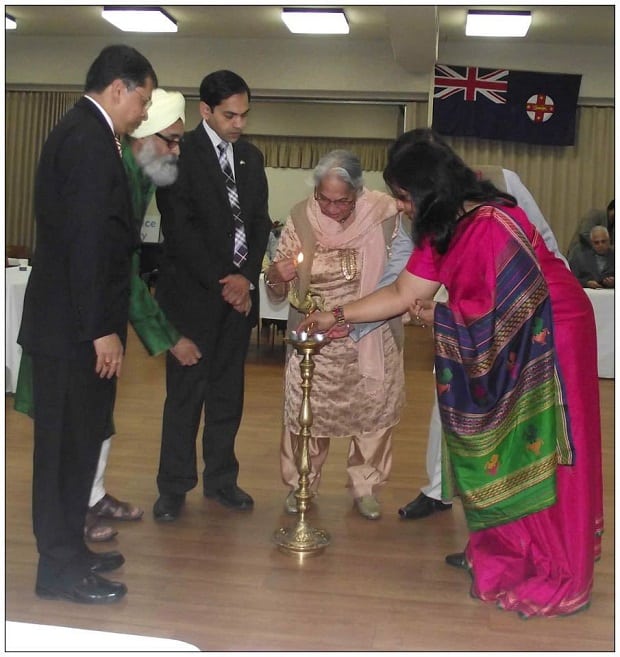 The kaviyon ki goshti began appropriately with chai and samosa as the audience, mostly poets, settled in.

The works presented centred on relationships, assimilation, life as migrants in a foreign land, and comments on the human condition; even politics and nationalism got a mention.

Poets Anu Shivram and Sumathi Krishnan touched on the spiritual as their theme. While Ritu Bhamra, Swati Tiwari and Gaurav Kapoor added pleasant moments from life going past.

Ajay Bajaj wrote on friendships, Vimla Luthra on childhood memories, Suresh Makkar on the word of elders and Mrinal Sharma an ode to his mother. All examined the significant role of relationships in our lives.

The socialist poetry of Harnam Singh Sandhu, a poet and social activist visiting from Haryana, was particularly imposing; his passionate delivery made it one of the stand-out presentations of the evening.

Swati Mishra was strong and impressive with her Bharat ki beti, a lament on the increasing sexual violence against women in India and a call out to our betis to fight against this scourge.

The humour came from Prabhat Sinha’s take on contemporary Indian politics, Dave Passi’s account of a newly arrived migrant, and Harmohan Walia’s report of being punk’d by his wife on April Fool’s Day.

As for the melodic, we had Vijay Kumar’s geet in perfect chhand aur matra, and Ashraf Shaad’s ghazal in poetic tarannum.

And there was the theatrical as well. Nukkad Natak, a joint presentation by Abha Kumar and Punam Wahan, was high on entertainment value. With their poetry set to Bollywood tunes, they spoofed the Indian community here on their many foibles. Absolute gold! 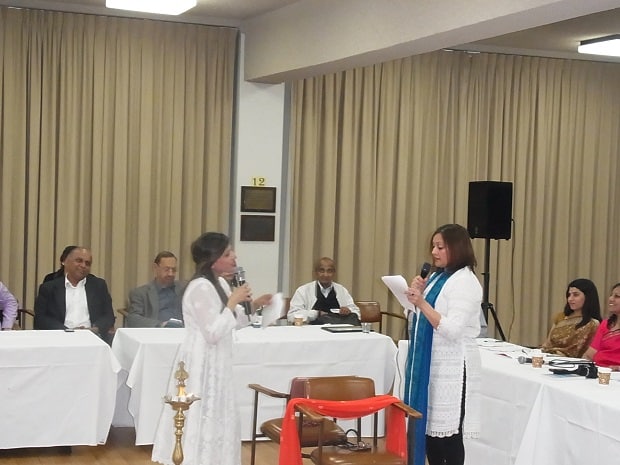 In similar performance mode, Rajpal Sandhu impressed with his exuberance and energy in Heer, a Punjabi presentation.

Garima Trivedi and Sukhpreet Dhamun helped coordinate the proceedings from the executive’s desk alongside ILASA Chair Rekha Rajvanshi. Both poets themselves, they were eminently suited to the role of MCs: Garima presented a picture of graceful dignity, and Sukhpreet looked the quintessential Hindi kavi, complete with long hair specked with grey tied in a knot at the back, kurta and jeans, and yes, jootis too (he probably arrived with a khadi jhola dangling from one shoulder)!

Rekha Rajvanshi told Indian Link later, “The annual Kavi Sammelan is a labour of love. It is still baby steps for us, but I am very pleased with the way in which it is growing each year”.

Rekha revealed she had to hunt out the poetically inclined from within the community, for the inaugural version of Kavi Sammelan. And yet today, they are beginning to flock to her, as she provides a valuable platform for those with talent. Indeed Consul-General Sunjay Sudhir could not resist reciting a few lines himself at this year’s event, choosing Faiz Ahmed Faiz. (Earlier in the evening, he had lit the ceremonial lamp to officially inaugurate the event). Similarly, Gurdip Singh, Deputy Mayor of Hornsby, was keen to present as well this time round, and picked Harivanshrai Bachchan’s Madhushala, a suitable choice especially as it refers to “the wine that is poetry”. (Did not Virginia Woolf also say similarly, “Language is wine upon the lips”?) Pouring himself a nip from the very same carafe, was Paul McKenzie, for whom it was a maiden attempt at Hindi poetry.

Rekha must no doubt be pleased with these efforts to participate, especially as she has plans to go much larger next year.

In a welcome move this year, other languages from India were included as well, notably Santokh Ambalvi, Dave Passi and Harmohan Walia who wrote in Punjabi, while Tamil poet Beema Jaan Youssaf presented a Tamil poem with Hindi translation, as well as a tribute to Tamil great Subramaniam Bharati whose death anniversary had just passed.

True to their purported aim to encourage the arts, ILASA this year also honoured community artist Ramesh Chandra Alandkar who at 84 continues to produce creative works, despite battling ill health. He was presented with ILASA’s Life Time Achievement Award “for serving the community through art” and a cash prize of $251.

As well, artist Gauri Torgalkar Nadkarni was offered an opportunity to present her works on canvas: even as the gathered community were introduced to her work, they played their part in helping make the mehfil ever so colourful.

The gift of a mother