Swamiji breaks a world record for his music therapy

Created by His Holiness Dr Ganapathy Sachidananda Swamiji, Nada Sagara, or celestial music, is a unique blend of Nada (divine sound), Yoga, Veda, Nama Sankeertana (singing the glories of God) and Dana (charity). Swamiji has been reaching out to the world with Raga Sagara Music Therapy sessions, by employing multi-varied divine melodies, for many years now.

The Sydney Opera House was recently chosen by Swamiji as the venue to expound his endeavours to promote universal welfare. Datta Yoga Centre Australia organised the pioneering event also known as ‘Music for Meditation’. A record audience of over 2000 was regaled by Swamiji in a concert where the accompanying troupe of artists included world renowned violinist Dr. L. Subramaniam, Shanker Ramesh on the mridangam, Suresh Vaidyanathan on the ghatam and Ramdas Pulsule on the tabla.

Swamiji, who has an excellent command of several musical instruments, played the Roland synthesizer in a lead role for every raga, along with a talented bunch of accompanists like Jaitra Varanasi on the violin and Tadepalli Narasimham on the keyboard.

Consul General of India in Sydney, Sunjay Sudhir, was invited to start proceedings by lighting the ceremonial lamp before the Master of Ceremonies Roy McCullagh invited a Koomurri indigenous Australian performer to play the didgeridoo. The performer produced unique musical notes in keeping with mood of the evening.

Swamiji began the concert by suggesting that music has the potential to cleanse the soul by penetrating into the deepest spheres of the natural human state. He believes music transcends all race, religious and communal differences. The therapeutic aspects of Swamiji’s music incorporate the traditional Indian concept of Nada Yoga and Nada Chikitsa, which is somewhat different to Western thoughts on music therapy. Nada Sagara also involves the invocation of shakthi, the mother of supreme energy. He linked each presentation to a particular sign of the zodiac, a chakra in the yoga paddhati and one or more of the five elements (air, fire, water, earth, space/ether). Swamiji explained the mudras (hands, thumbs and finger positions) before playing each raga for the audience to replicate.

Listing the sequence of ragas that would formulate the body of the concert, Swamiji started with a bhajan Pranavaswarupam in raga Rushyaketupriya, which purifies the surrounding environment and the instruments, whilst he held his right thumb with his left hand. He identified this raga with Libra, Swadhishtana chakra and air as the element. It was a well-orchestrated piece with participation by all accompanists.

The next bhajan Ishapatisha in raga Mohana demonstrated the format of play was similar to alapana on the violin. Dr. L. Subramanian brought out the instrument’s beauty, assisted by the percussionists to a lilting beat. According to Swamiji’s philosophy, playing Mohana raga has maximum effect on the upper abdomen, counters hyperacidity, irritable bowel syndrome and provides motivation for physiotherapy and exercise. It links to the corresponding zodiac sign Leo, Manipuraka chakra and the element fire.

Swamiji announced the next bhajan Shantirastu in raga Charukesi, to be the one with the “longest sanchara” as it is linked to all the chakras, all zodiac signs and all the five elements. The raga promotes comprehensive well-being and health. The play made even laymen feel the impact of all the elements at work particularly due to the deep notes touched upon by Swamiji where his synthesizer sounded like sarod and santoor alternately. Dr. L. Subramanian toyed with the ‘aarohana’ and the ‘avarohana’ to bring out the ‘gamakas’ with his command and found enough scope to demonstrate his mastery.

Bhaja Bhaja Dattam in raga Shubhapantuvarali was next in line. It is supposed to impact the knee and joints affected by conditions such as arthritis and osteoporosis, as well as help to recover and recoup after surgery. The raga links to the zodiac sign of Capricorn, Muladhara chakra and the element earth. The play was “kirthana” style and had a short ‘alapana’.

A dance tune Needu Padayuga in raga Shankarabharanam followed with a rapid tempo upfront which increased with the passage of the raga. It was played for a short duration but was crisp in the rendering. This raga has maximum effect on lower thighs, helps with lower back pain, fracture healing and neuropathy pain. It is remedial for diabetics also. This was linked to the zodiac sign Sagittarius, Muladhara chakra and the element fire.

The penultimate bhajan was Pahi Pahi Gajanana in raga Sindhubhairavi. The corresponding chakra is Muladhara, the element being ether and the zodiac sign Aquarius. This raga impacts burning feet or restless foot syndrome. It is remedial for those with high blood pressure, calf muscle pain, sciatica and insomnia. Dr. L. Subramaniam’s violin accompaniment was simply divine and the audience applauded repeatedly. The solos and unison performance by all three percussionists followed. It almost resembled a mini ‘tala vaadhya kucchheri’, a treat in rhythm.

The concert concluded with a Mangalam in raga Sama.

Swamiji’s performance on this day received an accreditation from the Guinness Book of World Records for being the largest music therapy lesson in the world. Added to Swamiji’s performances on world stage at Royal Albert Hall in London, Lincoln Center in New York and the Esplanade in Singapore, the Sydney Opera House concert will linger long in everyone’s memory. 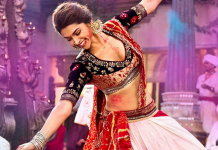