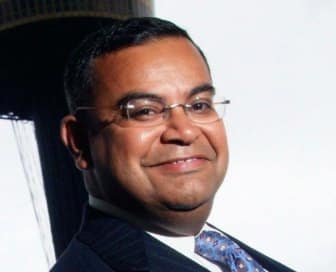 Having just celebrated its 65th Independence Day, India has now cemented itself as a nation known for its democracy and secularism. At recent functions in Sydney to mark the occasion, these two words were linked with India in all major speeches.

For us Indian Australians, we perhaps tend to take these achievements for granted. Democratic principles allow us to the right to free speech and to participate equally in the practice of political self-determination. In case of unhappiness with the local and national administration, we do have the choice every five years, to vote out the ones we do not like. And India and Indians have changed guard successfully in the past without bloodshed, with the decision of who will govern the country made at the polling booth. Contrast this with ongoing issues in the Middle East and Syria in particular, as civil war between the country leader President Bashar al-Assad and the rebels continues to rage. It is a credit to our maturity and deep belief in our democratic traditions that Indians are unlikely to fight against Indians in the streets of Delhi or the suburbs of Mumbai, to effect a change in government.

Secularism is another area in which India has achieved much. Largely Hindu, India has welcomed people of all different faiths and religions, allowing them to successfully integrate in the social fabric of the country. Bollywood for instance, is ruled equally by Muslims and Hindus, having been founded by Zoroastrians a hundred years ago. The Indian cricket team is filled with cricketers from different backgrounds. There is equal respect for Eid and Diwali, Christmas and Gurpoorav, Navratri and Navroz. India has successfully built one of the largest multicultural societies in the world, an achievement that very few nations can lay claim to on such a grand scale. But going forward, an area which needs revamping is the education system in India, to promote greater entrepreneurship and a stronger economy.

“Education is the key to build momentum to fight the evils of hunger, disease and poverty,” said India’s new President Pranab Mukherjee in his official address to the nation on August 15. Linking education to the economy, the message also said that education is the key and the economy is the fruit. Going down the route of the Three Musketeers slogan of ‘All for one, one for all!’, the President paraphrased, “All for knowledge, and knowledge for all!”

The speech rightly articulates the vision, but the reality is quite different. According to a recent report, while India produces 2.5 million graduates every year, third behind the United States of America and China, the quality of education is such that these graduates struggle to get appropriate jobs. Corruption in the education system with inadequate facilities not only produces inferior graduates, but the overall emphasis of rote education methods stifles innovation. Students are not accorded the opportunity to use their mental faculties, think independently or stimulate their creativity. India has failed to create a brand such as Apple, Google, Facebook or Microsoft globally. The country has great potential to be a major inventor in many industries that will lead the world in this century, but we have not been able to produce ground-breaking products. Great followers, but innovators? The answer is painful, but obvious!

The priority and vision needs to be articulated as to what needs to be done to encourage greater participation, both in quality and quantity, for the youth of India through its education systems. India should be clear on where it would like to be on its 100th Independence Day. Its educated masses should now aim to battle against poverty and disease, and by default, against corruption in the system. In the future, education should be another sparking jewel in India’s crown.

Dilemmas of an Aussie guy in Chennai

Ignorance is not bliss