KR Kamath is confident of not just the progress of the bank, but also of the Indian economy finds PAWAN LUTHRA 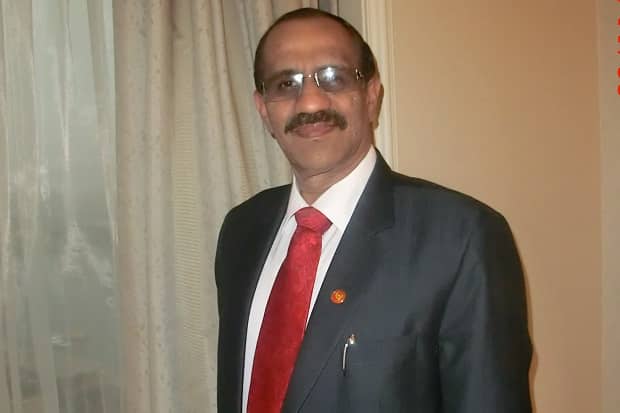 Mr KR Kamath has the unique distinction of being the youngest Chairman and Managing Director of a major bank in India. He comes across a man with clarity, vision and strong communication skills. Now, just a few months short of completing his five year tenure with the bank, there are strong indications that his tenure in the highest echelons of the Indian banking sector will continue post his term with the Punjab National Bank (PNB)

Mr Kamath was in Australia recently to progress the status of the local PNB branch, from a representative office to a full branch. While local consultants KPMG followed the formalities, Mr Kamath was here to meet personally with the Chairman of the Australian Prudential and Regulatory Authority (APRA), to inform him about the formal intentions of his bank to lodge their papers.

Speaking to Indian Link after his meeting with the APRA chairman, Mr Kamath was pleased with the success of the local office. He was also confident that the Indian economy with the efforts of the Indian government and the Reserve Bank of India (RBI), would reach a GDP growth of 8-9% in the next six months. “Green shoots are emerging due to their efforts and I expect this figure to be attained in the next six months, despite the elections and whichever Government comes into power,” he stated confidently.

Mr Kamath also admitted that it was not possible for the Indian economy to continually grow at 9%, and the recent slowdown gave them a chance to be introspective and take corrective actions. “We can recover the lost pace of growth,” he further stated.

Talking about international influences on the Indian banking systems, he acknowledged that India is part of the global banking system and is not isolated. “But India’s growth story is based on domestic demand. Over the next few years, over 30% of our population will come into an income earning bracket, which will create demand for our growth and services. While we have the potential of being effected by any international movements, our domestic demand will act as shock absorbers for any downturn,” Mr Kamath said.

Mr Kamath is very proud of the progress made in PNB under his tenure. “PNB is the first bank set up over 188 years ago by Indians, for Indians and managed by Indians. We are the second largest bank in India in terms of network,” he proudly announced.

He admitted that PNB at times is perceived to be a north Indian bank, but quickly pointed out their extensive network of branches in Kerala and Tamil Naidu. He laughingly agreed that marrying his south Indian background and the north Indian character of the bank truly makes it a national bank.

“Yes, I did think about changing the name (of the bank) but it was a very brief thought, as I felt the Chairman and MD should spend his time and energy on better things. There are strong emotions attached to our name and logo,” stated Mr Kamath.

“We have not only the brick and mortar customers who like to go to their branches and get their passbooks updated and have a cup of tea, but we also have the younger generation who are more technologically friendly, who would not even know the location of their nearest branch. Our challenge is to meet the needs of both while reaching out to 60% of Indians who do not have a bank account,” he told Indian Link.

It is clear to see why Mr Kamath was judged by the Economic Times as one of the most powerful CEO’s among nationalised banks in India.

So close and yet so far! England beat India to lift...