Newtown’s best bars to grab a drink (or four)

With restrictions relaxed in Sydney, it's time to re-discover Newtown’s best bars. 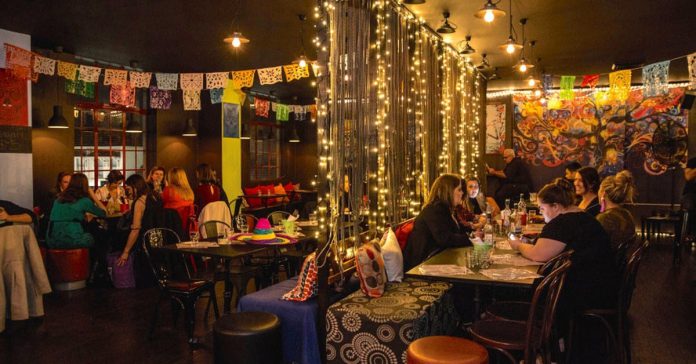 After what feels like an eternity, Sydney is ready to open again. Restrictions are increasingly relaxed, new liquor licenses are being handed out by the NSW Government, and lockouts have reached their (legal) conclusion after nine long years (most bars, however, still tend to close at midnight).

It’s time to return to the pubs and bars we have missed so dearly, and there’s few better suburbs in which to begin this return than the always lively Inner West haven of Newtown. Here’s the post-isolation spots we recommend:

If you’ve started your night with stone-roasted pizzas at Newtown’s popular establishment Gigi’s, you’re in luck – two of Sydney’s best bars are but seconds away. Gurdy’s, known for their mulled wine, carries the same rustic, intimate-yet-popular atmosphere as the spot you just ate at. After all, Gurdy’s is for alcohol what Gigi’s is to pizza.

Earl’s Juke Joint is just as good, if not better. Hidden inside the exterior of an old-school butcher shop, Earl’s takes the sophistication of an up-market Southern American bar, combines it with a catchy playlist and friendly staff, and throws in an intriguing selection of drinks for good measure. Though there will often be a line outside the store, the venue is nice enough to provide free Irish coffees for patrons to keep them warm. Inside, their notable cocktails include the Numero Uno, the beeswax-featuring Diabolical Biz, and a great selection of sour beers.

Further up King Street, it’s hard to avoid the purple lights of Calaveras. Tucked away in a manner reminiscent of The Drunken Dumpling, Newtown’s amazing Asian offering with a dim sum menu to die for, Calaveras bolsters Sydney’s recent interest in Mexican cuisine. They promise not-too-salty margaritas, powerful long island ice teas, and a lengthy tequila selection. That being said, a booking may well save you some waiting time (which, however, could be used to explore more of Newtown.)

Head down Enmore Road, however, and there should be more space. A simple road crossing from middle King Street and 3-minute walk takes you to, in my opinion, some of Newtown’s hidden gems with only a fraction of the lines (if any at all).

The artsy Blue Fig Bar features live music, stand-up comedy, and great cocktails. Their ambience is only boosted by graffiti art and murals that will have you itching to pull out your camera.

A neighbourhood tiki bar packed to the brim with Polynesian décor, Jacoby’s assures nothing less than tropical vacation vibes. We recommend the Big Kahuna III or The Zappa, amongst their other solid drinks, best enjoyed out of their beautiful tiki mugs and crazy straws.

Gravitate towards the busier spots of King Street. Check out Webster’s Bar for their whiskey, Kelly’s for the best pint of Guinness in Newtown, and of course, the Newtown Hotel. It certainly helps that Newtown’s fast food options like chicken at El Jannah, burgers at Mary’s, and 1950s-esque Big Daddy’s Burger Bar are just footsteps from all these places away when the hunger pangs hit.

Before stepping out, keep in mind a few changes to your typical night of drinks.

Firstly, be prepared to share your contact details like name, email address, phone number, and even postcode. It’s hard to say how long this practice will stay, but with venues requiring this for entry as a health precaution, it seems like it will be here for a while.

Secondly, it may be better to book ahead of time, especially for food. Some spots will have the occasional table available for walk-ins, but for many of the nicer places, the chances of getting a table even for two on a weekend night are slim.

Finally, no venue will ever be immune to lines. Use this mantra as a guide: the longer you’re out, the longer the lines will get. Timing your night is crucial.

Though we could keep going, those are our favourite drink spots in Newtown. Think we missed any?