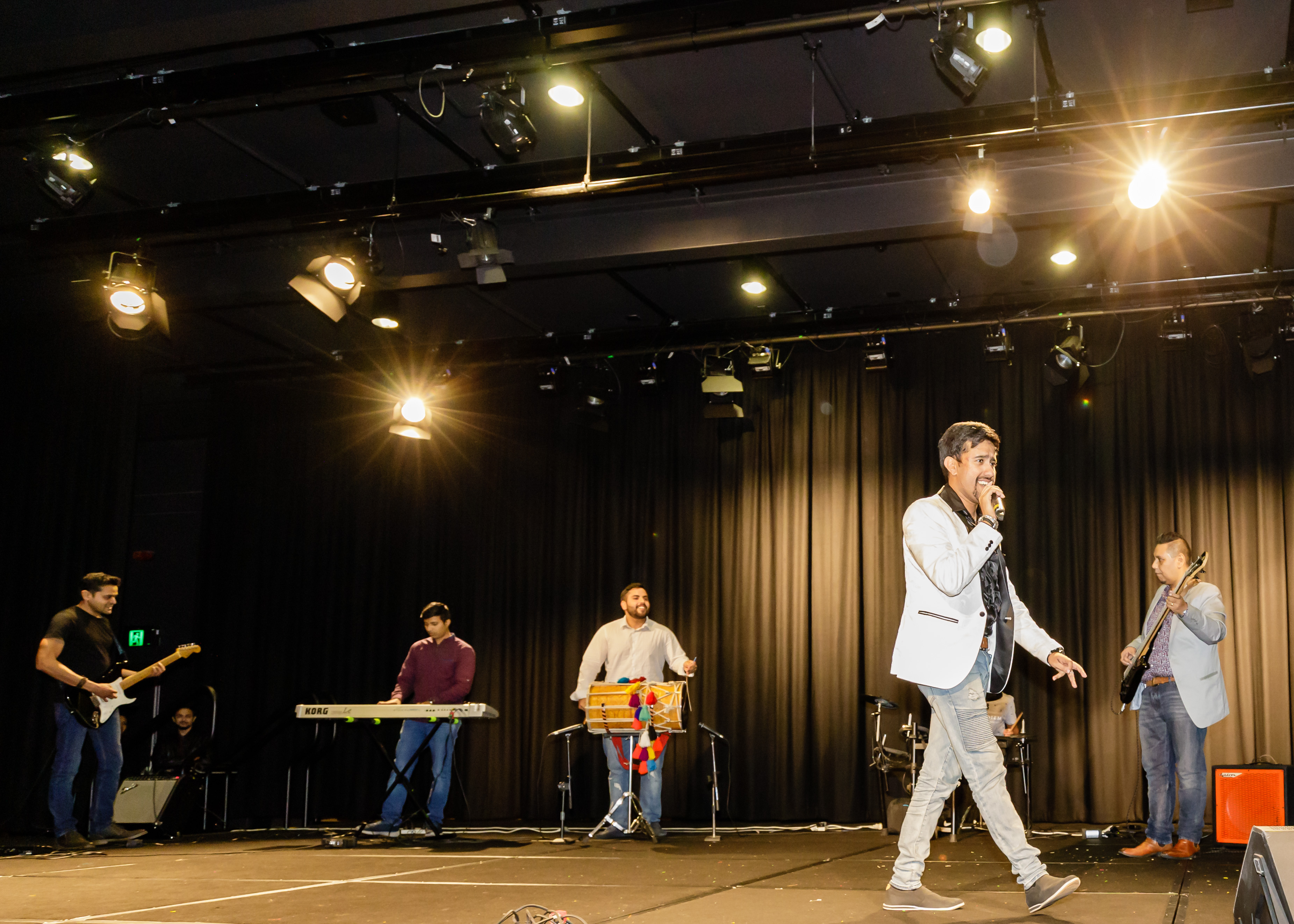 Aman Pal has been moving house, and is a bit tired. He talks at some length about how he has been carting his musical instruments around – the sound system, the microphone stand, the harmonium, the cajon, the seven sets of tablas. Clearly these are some of his most prized worldly possessions. That doesn’t surprise – given this young man has built himself a reputation of sorts as a musician to watch in Sydney’s Indian community’s entertainment space.

His band DZYR – which boasts an entire gamut from classical, semi classical, Bollywood, ghazals, qawalis, pop rock and heavy metal – is ushering in a breath of fresh air in the community entertainment scene.
It all started not so long ago.
“It was July 2018,” Aman recalls. “We met as competitors at a music contest for singers. We got along well despite the competition, and when it all ended I invited everyone over to
my place. The intention was simply that our new-found friendship shouldn’t die now that the contest was over. So we gathered at 5.30 on a Friday night. One thing led to another, the musical instruments came out, and we began to jam. When we finished, it was 5.30 am the next morning!” With the unusual connect that the group had discovered, the logical conclusion was the formation of a band. 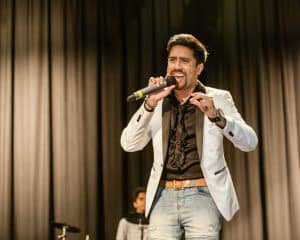 Shortly thereafter, the new band DZYR hit the streets: videos of their private jam sessions began doing the rounds of social media, and they were soon strutting their stuff at community events, private functions and on radio stations. “What struck me the most about us as a troupe, was that we were a massive pool of trained and talented musicians, covering a broad range of genres,” Aman recounts.
Equally, he notes, they vibe well together on stage. “We do gel well; our stage interactions are filled with fun. We meet so regularly that there’s mutual bonding – we’re basically family, the ten of us – so it always ends up being a magical experience in performance, and we can all look back at it with much artistic satisfaction.”
That unique combination of skills is no doubt coming in handy as the band look to entertain a vastly varied community. As such, they come off just as good at a Deepti Naval tribute night as at Nach Le Sydney dance competition, two of their recent appearances. 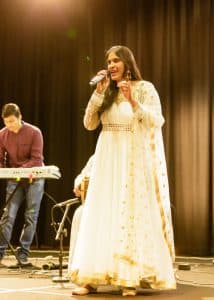 How did the name DZYR come about?
“We mulled over our name a fair bit,” Aman smiles. “The suggestions poured in, but we decided to keep away from the usual music-loaded terms. We wanted something different – not related to music alone, to make it memorable. In the end it was my wife Shom, herself heavily involved in this passion, who came up with the name. It reflects our very deep desire to devote our lives to music.” 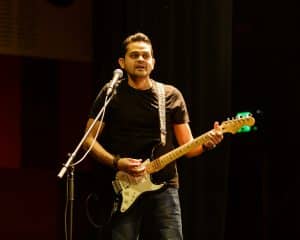 The same desire is seen in DZYR’s lead guitarist Mayank, trained in the western style.
“I worked as an executive in the financial industry, in this very building actually,” Mayank reveals as we meet at Indian Link’s city offices. “Music beckoned to me throughout and at some stage I thought I have to give it a go properly…” He left it all behind to go perform with and manage a rock band, until Aman brought him to DZYR. (By coincidence, Mayank’s wife, also called Shom, is herself deeply involved with DZYR.)
Aman, born and bred in London, belongs to long line of musicians. “My family were kirtanis,” he reveals. “My father played the tabla too, so I guess it is in my genes. I did learn from him, yes – family folklore is that I would watch him and then go to the kitchen to grab a utensil as my own tabla!” 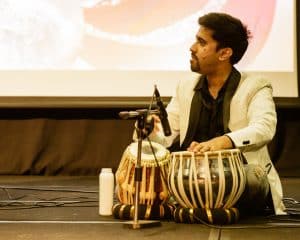 But his guru was the illustrious Ustad Tari Khan, of Mehdi Hasan and Ghulam Ali fame, even though the tutelage was quite unorthodox, not unusual in the Hindustani music scene.
“It was a unique method of instruction – no pen and paper,” Aman recounts. “He would talk about a particular piece of music with its particular taals etc, and then would say, try adding this bit to it at the end. My homework would be to go home and do what he said. In the end it would be like I had created something of my own – he’d give me the seed, and I would make a guldasta out of it.” 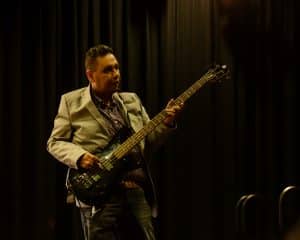 But it was his dad who was at the bottom of the drill if it all – practice, practice, practice. “He had my brother and I on the tablas at 5 pm, after school, often finishing up at 9 at night.” No doubt it has all paid off, and London’s loss, is Sydney’s gain. 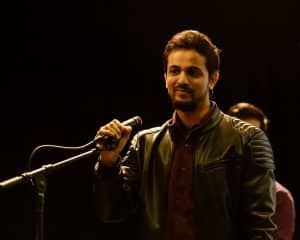 Even though, Aman acknowledges, the music scene is quite different, if not a bit old fashioned, here. “London audiences are open to experimentation, in fact they don’t want to hear the original. Whereas here, the feedback I got was always, ‘don’t spoil the song’. I felt like it was downplaying the creativity: I wanted to say, the original’s great, but you’ve heard it for eons, let the musician express his creativity now! For instance, you should hear our Inteha… it’s totally different, upbeat, heavy metal. I’m sure the audiences will warm up to our entertainment innovations. Thing is, the audiences here, they’re engaging, but not used to diversity: it’s been same old same old, Kishore Kumar-Mohd Rafi-Lata Mangeshkar nights and Jagjit Singh tributes in Bollywood style. Sufi and qawaalis have been missing… we want to change that perception.” 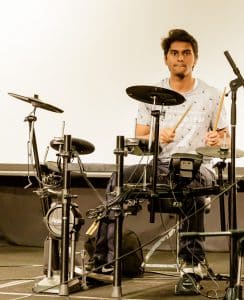 Part of the innovations DZYR are desirous of making, are broader than just performing. They are currently wrapped up in launching a YouTube channel and creating their own works. “Mayank and I are in the studios at the moment, writing and composing,” Aman reveals. 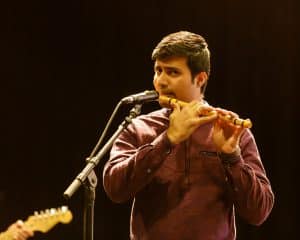 DZYR is also reaching out to new audiences such as kids, and poets out in the community who are seeking to transform their works with music. Showing star power in their talent and in their mannerism, Aman and Mayank are leading DZYR to a desirable position in
the community’s entertainment stakes. 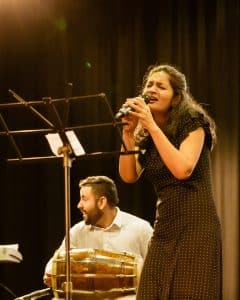 Journey of an artiste

Dancing their way to the top