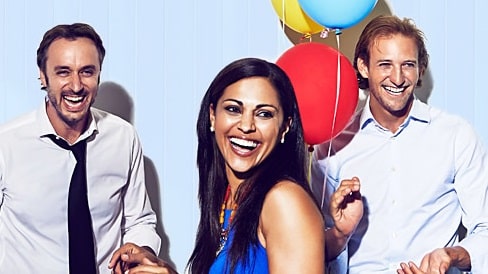 Vodafone’s push to continually offer greater value to customers continues with the latest offering on the new Samsung GALAXY S5, which has proved to be extremely popular with its larger and brighter full HD super AMOLED screen and faster processor.

Vodafone mobile plans have been built around the internet so customers can get the most out of their devices. The new GALAXY S5 is available for $19 per month on our $60 a month plan over 24 months (total min cost $1896) with 3GB of included data (double the usual 1.5GB).

Recognising that customers in Australia are now becoming more and more global, customers on new Vodafone Redplans can also get the added bonus of being able to take their Red plan overseas for $5 extra a day to over 47 countries, and also enjoy the newly launched Pay-As-You-Go rates when travelling to another 200 countries.

Vodafone’s Chief Marketing Officer, Kim Clarke said Vodafone has removed complicated charging structures when you travel overseas. “After launching our $5-a-day roaming offer last year which is available in 47 countries on our Vodafone Red post-paid plans, we wanted to take it one step further and provide peace of mind to our customers travelling to countries outside these destinations so they won’t be hit with excessive fees when they return to Australia”.

“Vodafone is a truly international mobile company and we are proud to offer consistently good value for our customers in Australia who travel abroad. No different price rates, no confusing zones and no need for add-on data packs’ Ms Clarke said.

Vodafone has simplified its calling and data rates to more than 200 countries including India making the new Pay-As-You-Go rates an easier way to calculate international roaming costs and avoid arriving home with an excessive bill. With data charges reduced by a staggering 90 per cent, Vodafone customers can enjoy Pay-As-You-Go international roaming rates while overseas of: