The town that built Sydney

Cruising through the Central Tablelands of NSW. EMIE ROY writes. 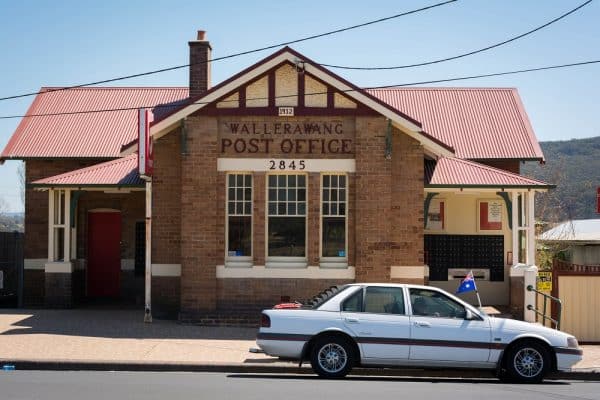 The history of some places safeguards the key to our present. An unexpected rendezvous with these places and their long-forgotten history sometimes opens up a wealth of information for us. I had this experience recently as I travelled through the Central Tablelands of NSW – in particular Lithgow, Portland and Wallerawang.
I have driven past these towns previously; they were just a few scattered points on my GPS then. This time round, I got to stop and talk to a few locals.
At a dinner break in Portland, someone said I should check out the ‘town murals’ on the walls in the town centre, apparently a tourist attraction. A bit sceptical, I decided to take a look, and came across a unique sight -vintage signs adorned the whole of the town centre. One particular sign caught my attention. It said, “Portland: The Town That Built Sydney”. To my mind, the region did not seem to have much to offer for the number of people living there. What could bring them here? And how did this remote town build Sydney?

A new world unfolded in front of me. A historic mining town, Portland was where the first cement works of Australia was built in 1902. Cement produced here was transported around Australia, and was used in the construction of much of the modern city of Sydney.
The cement factory stopped functioning in 1991.
Interestingly, the vintage signs were recreated in 2001 by Ron Bidwell, a sign writer by trade. His handiwork has now become the trademark of the town.
If you have the time, a visit to the town’s Charlie Pinch Museum is highly recommended – a collection of Australian memorabilia is housed here.
The town of Wallerawang gets its name from the Aboriginal term Waller-owang which means ‘near wood and water’. Yet when I visited, the town was desperately in need of water. A local remarked, “We have not had rain for months.” The fire hazard pointer indicated the same – “very high” – in spite of it being spring. Carrying the remnants of a glorious past when the power station existed from 1957 to 2014, the town reminded me of a noble, aged gentleman trying to relive the eminence of times past. The fact that the railway station was opened here in 1870 (it only opened in Sydney in 1855) was quite fascinating for me!

I stopped in Lithgow, a large town compared to the other two. The site of Australia’s first commercially viable steel mill and home to the iconic ‘Great Zig Zag Railway’, this little town is in the centre of a coal mining district. None of these are currently functioning, and their ruins serve as souvenirs of Central NSW’s once eminent past. On the other hand, the town has one of the ‘big’ attractions of Australia – the miner’s protector lamp, which now houses the Lithgow Tourist Information Centre. Ironfest, by far the biggest attraction of tourists that takes you into the steel and iron history of the town, is an arts festival held annually in April which ‘explores the relationship between humans, metal and identity’.

Come back I will for sure, to soak in the present of these towns, and explore the pieces of the past of Australia in greater detail!