Swan Festival of Lights: Diwali by the river

Swan Festival of Lights makes it a celebration of multiculturalism 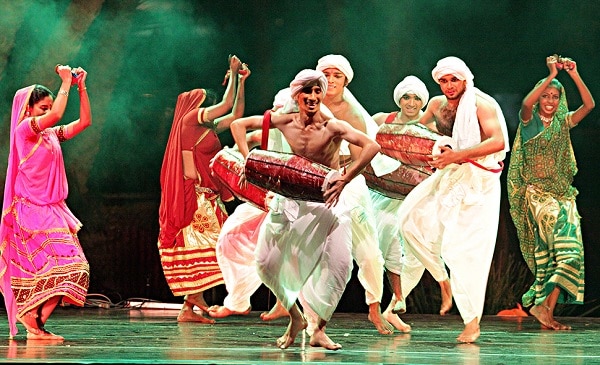 The Swan Festival of Lights (SFOL) is celebrated around Diwali, but Arun Krishnan insists that the festival is not restricted to India. No wonder then, that this year, the 10th edition of the festival had performers from as far and wide as Ukraine, Indonesia, Japan and even Pakistan! But more on that later.

Krishnan, a volunteer dealing with media and community engagement of SFOL, said the festival symbolises multiculturalism and involves all cultures that celebrate light and sound.
There was plenty of both these elements at this year’s festival that took place from 13 to 15 October. This free entry event, a smoke and alcohol free family affair, was held at Supreme Court Gardens, Perth.

SFOL is hosted by Saraswati Mahavidhyalaya (SMV) and Annalakshmi Cultural Centre of WA, both non-profit institutions staffed entirely by volunteers and guided by the principles of ‘Give, Love and Serve’ and ‘Art for Art’s sake.’
Continuing its tradition of showcasing one Indian state each year, this year SFOL celebrated the northern state of Punjab in all its glory.

The entire ‘Punjab experience’, including a Punjab village scene, was recreated in collaboration with close to 150 local members of Perth’s Punjabi community. So, colourful turbans, delicious vegetarian Punjabi snacks and meals and, of course, bhangra were the order of the day. There was also a marquee, with photos from Punjab, along with information about the contribution of Sikhs to society.

In fact, as a special treat, on 14 October after the evening fireworks, close to 2,000 festival-goers danced into the night as the DJ spun Punjabi numbers as part of the mass ‘Bhangra Under the Stars.’
What gave a soulful touch to the celebrations were Qawwali performances by Fareed Ayaz, Abu Muhammad and their troupe from Pakistan. “Almost two-thirds of Punjab is in Pakistan, so we thought it would be fitting to forget our political differences and celebrate Punjab as one. With less than 10 days to go for the festival, we organised the Pakistani performers to be with us. The visas and other formalities also fell in place rather quickly. It was meant to be,” Krishnan shared, adding that while listening to the qawwalis, there was many moist eyes in the audience, “not only because of the music, but the memories associated with it.”

Turban tying has been an ingenious way of introducing non-Sikhs to the faith, and at SFOL, it was a passionate youngster, Harjit Singh, who carried out this initiative with aplomb. “He even tied a turban around the head of WA Premier Mark McGowan and Consul General of India in Perth Amit Mishra.”

For the first time this year, Consul General of India in Perth partnered with the event. “They had their own stall that showcased the initiative of Make In India. India Tourism Sydney also put up a stall. Not only that, even the WA government supported us and the Premier Mark McGowan made sure to visit the festival,” Krishnan said. Indian Link was also a partner of SFOL.

It was also supported by the Government of Western Australia Office of Multicultural Interests, Healthway promoting the LiveLighter message, Lotterywest, City of Perth and the Government of India.
“We started the festival with 1,000 people 10 years ago. This year, we had 40,000,” said Krishnan. “It’s great to see the event becoming mainstream and bringing communities together.”