Nepal on our minds 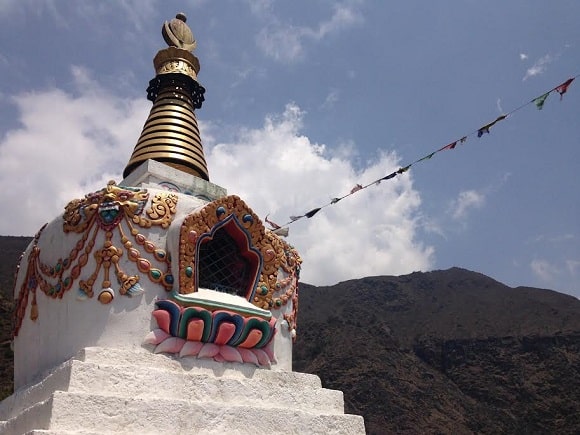 Reading Time: 5 minutesAustralian travellers reflect on their memories of Nepal

Nepal has always been a popular holiday destination for thousands of Australian travellers. For an affordable price, Nepal has so much to offer: breathtaking mountain ranges, pristine locations, renowned heritage and affable people with rich customs.
For the many Australians who have visited Nepal, images of the country ravaged by an earthquake and its aftermath have left them shocked and distressed.
The 7.8 magnitude tremor on 25 April, has killed several thousands of people, injured hundreds more, and has obliterated property, including world famous sites in the region.
For two Australian visitors to Nepal, it has been heartbreaking to see the country devastated by the earthquake after they experienced the hospitality of the nation and its people firsthand.
Virginia Morgan and her daughter Annabelle were severely distressed on hearing of the disaster, while Maddie Clise was overcome by emotion as she watched footage on the news of climbers at Everest Base Camp during the avalanche, knowing that she had stood there exactly a year ago.

The visit
Virginia Morgan recalled her recent visit to Nepal as a celebration for her daughter’s 21st birthday. The Adelaide duo went on a guided tour with five other people, including two women friends from Sydney, a married couple from Cairns and an American woman.
“My daughter Annabelle and I arrived in Kathmandu on the 13th of April 2014. We had a planned guided tour of eight days, but arrived two days earlier and stayed an extra day following the tour,” Morgan said. “We spent three days in Kathmandu, two days in Pokhura, two days in Chitwan, two days travelling, and then returned to Kathmandu for the final three days.”

Maddie Clise was also in Nepal last year, for about 10 weeks between April and June. She travelled from Adelaide with two friends and even taught at the local school in a remote part of Nepal.
“We trekked to Everest Base Camp all together without a guide and carried all of our equipment ourselves,” Clise said. “One friend then left to go back home and two of us trekked to Annapurna Base Camp and explored Pokhara for a few weeks,” recounted Clise.

The memories
Both Morgan and Clise cherish their memories of Nepal, before the country was destroyed in the earthquake.
“My daughter Annabelle and I both have really meaningful memories of our visit. We found the historic sites amazing,” Morgan said. “For me it was of particular interest to as I had visited Kathmandu in 1976 as a teenager and our tours brought back a lot of memories.”
“We were interested in the community environments of where the locals lived and on our return home actually discussed researching possible volunteer organisations that we could engage with so that we could return,” she added.
For Morgan, the most memorable sites in Kathmandu included the Boudhanath Stupa, which experienced minimal damage, the Swayambhunath Stupa which experienced damage to some surrounding buildings and the Hanuman Dhoka Durbar Square.
“Also memorable was the city of Pokhura, and travelling to the rural areas viewing the many rural communities living on the hillsides,” she said.

During her visit to Kathmandu, Pokhara, Lukla, Everest Base Camp Trek, Annapurna Base Camp Trek and Fujil, Clise recalled meeting “some hilarious and interesting people along the trek” from all over the world.
“The best memories were definitely from the Everest Trek. It was so difficult physically and mentally – so exhausting, pushing your fitness to the limit every day. It was quite scary too, as people died along the way from altitude sickness,” Clise said.
“One man, a sherpa called Wanda, was so hilarious and got drunk with us all one night on the trek. He also taught us how to eat with our hands, the traditional way in Nepal. Without a doubt the trek to Everest Base Camp was the best experience I have ever had.”
The recent events in Nepal also brought back memories from Clise’s stay in the city of Pokhara.

“We rented a room in Pushpa Guest House, which was run by a friendly and welcoming Nepalese man, Raj, and his family. We became such good friends over the month that we stayed there, Raj helped us to book transport, planned our treks, looked after us when we got sick and even booked the next leg of our trip to India,” Clise said. “The final dinner with them was very sad, and I hope with all of my heart that Raj and his family are safe after this disaster.”
“Raj also was kind enough to organise a week of volunteering with his family and friends in rural Nepal in a village called Fujil. It was a very different experience for me and my friend. The people in the village had seen very few white people and were absolutely fascinated by us. We helped to cook, carry water, taught at the local school, with 400 students and only 12 teachers, and chatted with the locals,” Clise said.
“Another memorable visit was the Pashupatinath Temple, which is a scared Hindu temple where most Hindu cremations occur. We were not allowed access to temple but viewed it from across the Bagmati River. We also viewed Hindu cremation rituals on the funeral pyres,” she said.

The distress
Admitting that she and her daughter experienced quite severe distress on hearing news of the disaster, Morgan said, “This was exacerbated by images of the extreme damage, not only to the historic sites, but to the destruction of the many homes and the loss of so many lives.”
“We are aware of the disorganisation of the government, having seen many street and roads in disrepair, and the disordered and chaotic street electrical cables would now be also impacting on the communities,” Morgan added.
Clise was also extremely saddened to watch the news and was devastated to see all of the historical sites which have been left in ruin.
“Religion and culture is so important to the Nepalese people, and I cannot begin to imagine how the survivors feel right now. Every Nepalese person we met over the 10-week stay was so genuinely friendly and welcoming – I can’t think of a country less deserving of such devastation,”Clise said.
“The footage of the wreckage brings tears to my eyes. And I think of all of the beautiful people that I met last year and hope they are alive and found safety.”