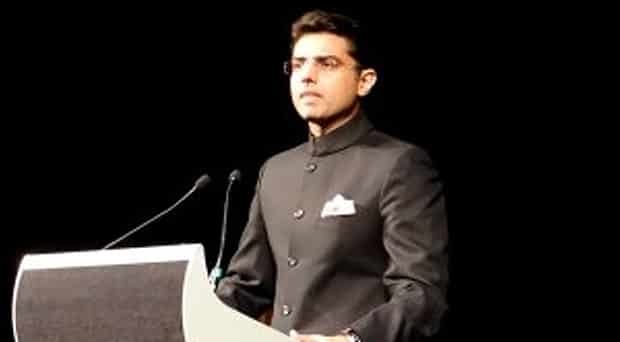 When Sachin Pilot, Minister of State for Corporate Affairs in the Government of India strides to the podium, the silence is palpable. Articulate, young, infinitely presentable – and did I mention young? – he could be India’s saving grace, and we are all eagerly gathered to hear what he has to say.
This is the Minister’s second visit to Sydney, following in the footsteps of a wider Australia trip that included stops to Melbourne and Canberra, in a detailed programme drawn up by AusTrade – the purpose of which was to discuss commercial and company related matters. Three other senior members of the Competition Commission of India accompanied him this time.
Mr Pilot’s previous visit to Sydney was in May 2012 to attend CeBIT, in his previous position as Minister of State for Communications and IT.
Organised by the Indian Consulate and hosted at the Four Seasons at Circular Quay, this particular evening however, is an opportunity for the Indian community in Sydney to enjoy a brief Q&A with Mr Pilot. And for many – myself included – this is an exciting first.
The Minister talks about the “cohesive workable partnership” between India and Australia. It is a relationship that’s going in the right direction as “there are no divergent views on anything of major significance between our two countries”, he states.
He notes, “The relationship is one that has potential to grow especially in areas of technology and telecom, where India has been doing tremendously well, and can share its considerable expertise with our friends in Australia”.
Happy to see “such proud smiling faces”, Mr Pilot encourages us to diligently keep doing the work we have done so far, so both countries may benefit and ultimately do better, bigger things together. He ends by inviting us to “get together and share a few ideas”.
Sprinkling his words with a touch of humour, always a crowd-winner, Mr Pilot asks us to shelve the difficult questions for later, as it’s Saturday night. A good-natured chuckle follows, after which he spends a good half hour listening to and allowing himself to be photographed with various members of the gathering.
I hear a range of questions directed at him, from heavier topics about recent corruption scandals in India and what he plans to do about them (not going into detail, he acknowledges it is a problem, and that more transparency in public life is needed), to the current state of innovation and entrepreneurship in the country. What more can be done between India and Australia? What’s his vision for the future? How has his youth been received?
The Minister is diplomatic and polite, tactfully sidestepping questions when required, not quite encouraging conversation, but responding to questions curtly, before moving on to the next circle.
“Working the room” is the expression someone near me uses, but it is said in a positive light – after all, time is scarce and much of the questions are being repeated.
Before we know it our time is already up and Mr Pilot is gone in the whirlwind of a meet and greet. There is a possibility that he might visit Sydney again later this year for a regional PBD (Pravasi Bharatiya Divas) on November 10-12; however this will only be confirmed closer to the time, given that the Minister’s home state of Rajasthan is due for state elections around that time.
An MBA graduate of Wharton Business School, there should probably be no surprise that Sachin Pilot is well-spoken. I think it is more relief than anything, that is the lingering sentiment in the room, that someone so young – in fact, the youngest Minister in Indian politics! – is in a position of power.  Sachin Pilot symbolises a new relevance for India. Even the good relations between him and NSW Premier Barry O’Farrell bode well for the future of both countries. Sachin Pilot gives people the feeling that they can connect to him, relate to him and most importantly, share hope with him! A second-term MP, he is obviously doing something right and it’s clear that he resonates with the people both back home and here.
It has been a long time coming, but maybe India is in for the start of change it needs.

Malika Goel
If there was a list it would read: writer, designer, fitness enthusiast, Auckland-dweller, coffee please, candid snaps and it’s always better in French