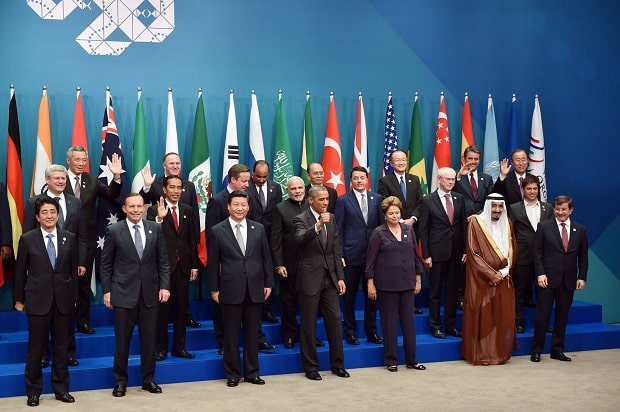 The G20 Summit concluded with its leaders endorsing India’s concerns over black money, while promising a new global transparency standard that will modernise international tax rules and allow automatic exchange of related information between governments to curb the illicit outflow of money estimated at over one trillion dollars annually.

India, being represented at the summit by Prime Minister Narendra Modi, immediately called this development an unprecedented success, and said the next step will be the delivery of an action plan, along with the Organisation of Economic Cooperation and Development (OECD). The two forums represent 44 countries and 90 per cent of the world economy.

“We are taking actions to ensure the fairness of the international tax system and to secure countries’ revenue bases. Profits should be taxed where economic activities deriving the profits are performed and where value is created,” the G20 leaders said in a joint communique at the end of the eighth summit, promising to finalise work by the end of 2015.

This was precisely what Prime Minister Narendra Modi had specifically said and sought during a session on “Delivering Global Economic Resilience” on the second day of the summit, while also wanting systems that will help countries in getting back the ill-gotten monies stashed away abroad.

“At this Summit, G20 Leaders have endorsed a new global transparency standard that will leave no place for tax cheats to hide. More than 90 jurisdictions will begin automatic exchange of tax information, using a common reporting standard by 2017 or 2018,” said Australian Prime Minister Tony Abbott.

India has no official estimates of illegal money stashed away overseas, but the unofficial ones range from $466 billion to $1.4 trillion.

In fact, according to Indian negotiators, such strong words on illicit money and imposition of curbs in the communique would not have been possible without India’s intervention, since the original draft did not contain a language that was satisfactory for India.
They said the Prime Minister and his official team, led by his Sherpa, Railway Minister Suresh Prabhu, got strong endorsements for New Delhi’s stand, notably from Brazil and South Africa, to make this happen.

The tax and related black money issue aside, several other issues which New Delhi pursued vigorously in Brisbane found support at the G20 Summit; reducing the cost of remittances from abroad, of which India is the largest beneficiary at $70 billion annually, collaborations on energy, infrastructure financing, inclusive growth, job creation and energy security.

The communique also specifically welcomed the breakthrough between India and the United States at the World Trade Organisation (WTO) and saw this as paving the way for a pact that will help ease the processes involved in global commerce, and move forward in addressing the concerns of developing countries on food security.

The G20 promised strong, practical measures to reduce the global average cost of transferring remittances to 5 percent, which goes up sometimes as high as 10 per cent.

The communique also promised to raise global growth to deliver better living standards and quality jobs for people across the world to ensure financial inclusion. It specifically set a target of raising the output of G20 members by around 2.1 percent by 2018 and the necessary steps towards achieving this.

Prime Minister Modi also made a strong pitch for energy security and finding alternative solutions. “Our Prime Minister mentioned that we should create a global centre for dealing with renewable energy to find solutions and everything. It was very widely welcomed including by those who are not part of the G20, like Jeffrey Sachs and others who have been saying that this is an excellent idea that we have done,” Prabhu said.

Indian interlocutors said another issue that has become a central theme for the G20, thanks to India, is employment. There was also some movement forward in raising the target of 25 percent jobs for women.

Similarly on infrastructure, the G20 decided to establish a Global Infrastructure Hub within four years to emerge as a platform for sharing of knowledge, also for networking between governments, the private sector and funding institutions.

Akbaruddin, summing up India’s gains at the G20, said: “If you go back to our initial briefing and see from there where we are today, we have achieved substantially or overwhelmingly all our goals.