Dhruv Gaur is the latest in a long line of Indian-origin winners. 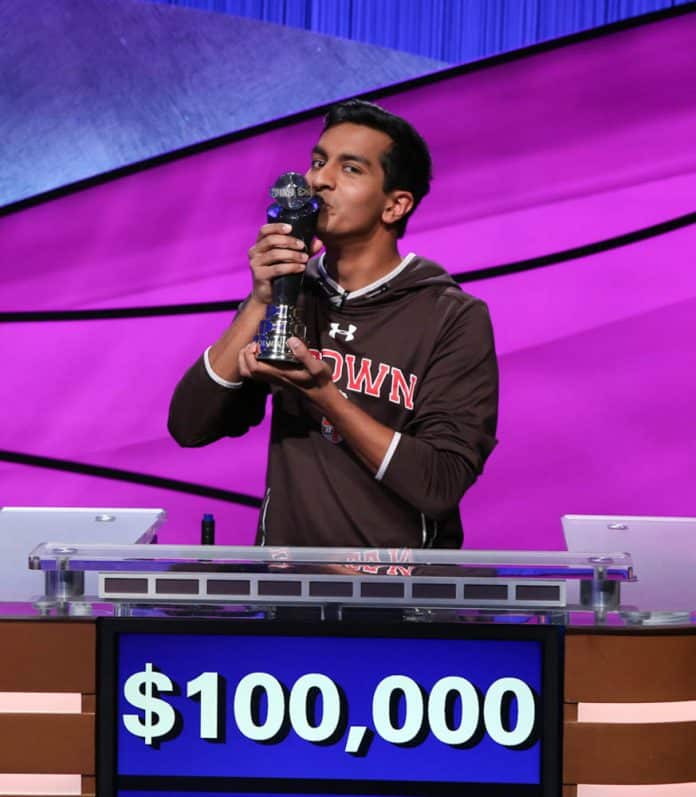 The first-year student at Ivy League Brown University emerged the champion in late April in the two-day final round of the college edition of America’s most popular quiz show televised nation-wide.

He faced another Indian-American, Rishab Jain, in the semi-final round before getting to the finals.
Gaur had scored a perfect score of 1,600 in the national-wide college entrance exam, Scholastic Aptitude Test.
About his plans for the winnings, a Jeopardy news release quoted him as saying, “I’m just going to save it until I need it for grad school or to pursue an opportunity I might really want in the future.”
“My little brother is really interested in investing, so I’ll give him some so he can give the stock market a go,” he added. 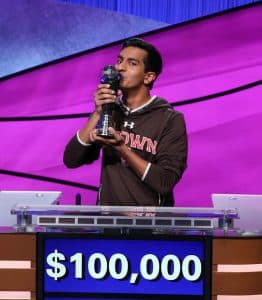 Viraj Mehta, who came third in the 2017 edition, made news because either intentionally or accidentally he was seen flashing his middle finger — an obscene gesture — while being interviewed by the show’s host Alext Trebek.
Several media pounced on the gesture seen fleetingly on the show.
Vinita Kailasanath is the only other Indian-American, who won the college championship, which was in 2001.
In the teen championships for high-schoolers, Sharath Narayan won the $100,000 prize in 2016.
Two other Indian-Americans had earlier won the teen championship.