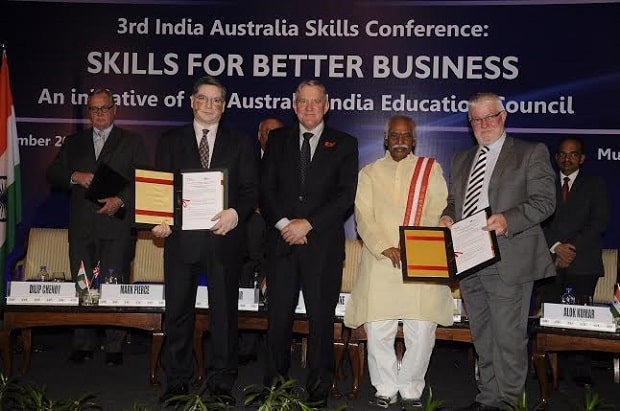 He also lauded the Indian government for the focus on skill development with the formation of its new Skill Development & Entrepreneurship Ministry, and the announcement of Rajeev Pratap Rudy as the Minister.

Macfarlane has been in India for the 6th Global Summit on Skills Development organised by the Confederation of Indian Industry (CII), in which Australia is a partner country.

Macfarlane said the visit of his delegation is a great opportunity for both the countries to collaborate and create a sustainable partnership on skill development.

With the new Modi government’s focus on skill development leading to employment generation, Adi Godrej, past president of CII and chairman of the Godrej group, said it is an opportune time for discussing requirements and reform.

He said the world is looking to India to capture the business opportunities being presented and it is the demographic dividend that will work in India’s favour.

Godrej, however, said there is no dearth of jobs but a dearth of skills that the industry needs to focus.

There were 400 delegates that attended the summit, which had speakers from Germany, Sri Lanka, Bangladesh, Canada, Japan, South Korea and Australia who spoke on key aspects of skills development, covering the role industry in skill development, technology as an enabler for ‘Make in India’, and the potential of trainers as value creators.