1971: A Global History of the Creation of Bangladesh by Srinath Raghavan. Harvard University Press, 2013

The Blood Telegram: Nixon, Kissinger and a Forgotten Genocide by Gary Bass. Vintage, 2013

Some time ago, we reviewed a crop of books that have been published about the 1962 China-India war (which seems quite topical, given the China-India stand-off over Doklam now).  Quite fortuitously, this reviewer came upon some superb books on the 1971 war written by three authors – two of them renowned scholars, and the third, the US Consulate General in Dhaka at the time the crisis was unfolding in what was then East Pakistan. 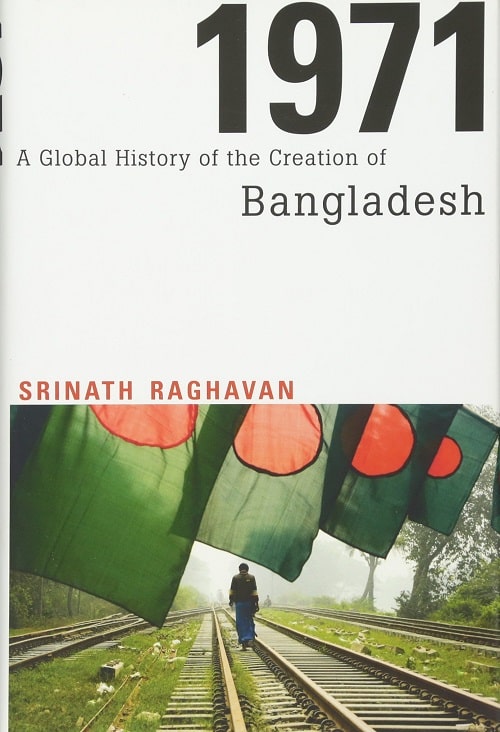 Srinath Raghavan, in his book 1971: A Global History of the Creation of Bangladesh, chronicles in great detail the way the crisis in East Pakistan unfolded, and the global politics that shaped the way India responded to it.

The timeline of the crisis is something most of us are familiar with: Awami League of Mujibur Rehman wins 160 of the 162 seats in East Pakistan in the 1970 elections, yet Yahya Khan and Zulfikar Ali Bhutto collude to keep the Awami League out of government; Mujib offers a compromise: a 6-point programme that would give some autonomy for East Pakistan without breaking up with Pakistan.

However, Pakistan proved inept at handling the crisis, and a combination of severe crackdown by the army and racist attitudes towards Bengalis, precipitated a crisis and the beginning of a secessionist movement. On March 25 1971, the Pakistan army launched ‘Operation Searchlight’ to halt East Pakistan’s independence movement. 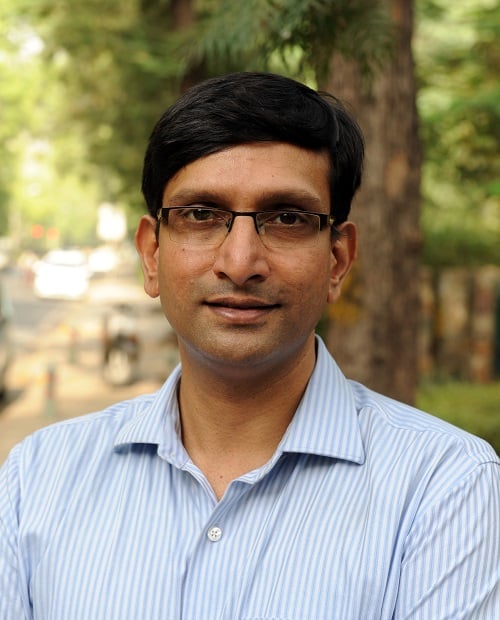 What scholar Srinath Raghavan offers are fresh insights on the 14-day war that led to the creation of Bangladesh. Raghavan went through the copious PN Haksar papers archived at the Nehru Memorial Museum and Library in New Delhi and brings to light some surprising facts about the war that was probably India’s finest military moment. Haksar was both a diplomat and adviser to Indira Gandhi.

One of the revelations is that Indian military and security planners had not initially really aimed or planned for a ‘complete victory’ in East Pakistan – a fact confirmed recently by JFR Jacob, the chief of staff of the Eastern Command at that time.

Indeed, the initial plan was quite modest: to capture a part of East Pakistan, just enough so that a state of Bangladesh could be created. It was only well into the 14-day war that the capture of Dhaka became an objective.

Second, the author also reveals how Delhi quietly sought and got arms from Tel Aviv as it prepared to go to war with Pakistan in 1971. Raghavan’s research reveals that India’s ambassador to France, D N Chatterjee, began the process of acquiring Israeli arms in July 6, 1971.

Gandhi immediately accepted the proposal and, through the country’s external intelligence agency RAW, began the process of procuring arms through the tiny principality of Liechtenstein.  Diplomatic ties with Israel, however, were only established in 1992 when PV Narasimha Rao became the Indian Prime Minister.

Other revelations in the book include a secret agreement between Iran and Pakistan for air cover for Karachi in case of an Indian attack. But the Shah of Iran reneged on the agreement, fearing retaliation from the Soviet Union.

Finally, the US move to send in the seventh fleet to the Bay of Bengal to “intimidate” India proved counter-productive. As soon as the American ships began moving towards South Asia, India decided to step up the offensive and para-dropped troops into Tangail to make a dash for Dhaka.

As the capital fell, India forced a surrender before any international power could intervene. What this book has also unearthed is Kissinger’s duplicitous attempts to rope in China – through the Chinese ambassador Huang Hua – in support of Pakistan, to thwart India’s endeavours. While Gandhi was concerned about Chinese intervention, the then charge de affairs of the Indian embassy in Beijing, Brajesh Mishra (who would go on to be the national security adviser in the Vajpayee government), sent an authoritative assessment that China would stay out of the war.

This book is a must-read for any history buff interested in geo-politics of the subcontinent, and the 1971 war in particular.  It is a superb piece of scholarship. Srinath Raghavan graduated from Madras University, and spent six years as an infantry officer in the Indian Army.

He later completed a PhD in War Studies from King’s College London and was a Senior Fellow at the Centre for Policy Research, New Delhi. His other publications include War and Peace in Modern India: A Strategic History of the Nehru Years (2010) and India’s War: The Making of Modern South Asia, 1939-1945 (2016), as well as several co-edited volumes. Raghavan is a regular commentator on international and strategic affairs.

When US averted its eyes from a genocide

The second book is by Princeton University Professor of Politics and International Relations, Gary Bass, called The Blood Telegram: Nixon, Kissinger and a Forgotten Genocide – based on the series of telegrams that Archer Blood, the American Consul General in Dhaka sent to Washington – hence the eponymous title. 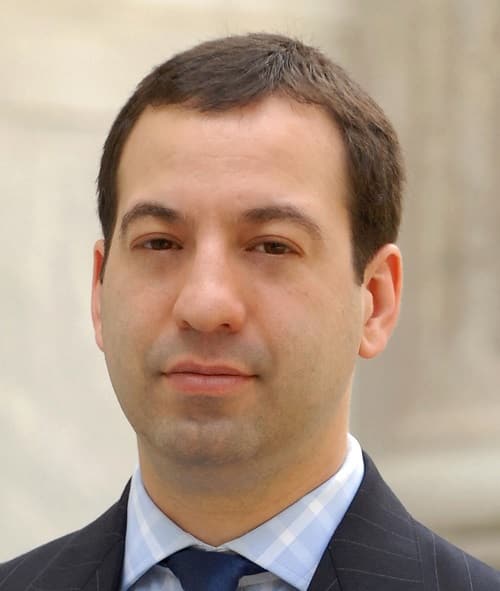 Gary Bass’s book recounts this terrible and little-known story (outside the subcontinent) of the 1971 war that led to the birth of Bangladesh, and the sordid and disgraceful role that Washington played in the crisis. One truly good and heroic American figure emerges from the morass, and it is Archer Blood.

Throughout the crisis, Blood risked and even sacrificed his career by refusing to buckle under White House pressure, and continued to tell the truth about what was happening on the ground – and the pogrom unleashed by the Pakistan Army.

Bass’s focus is on US conduct at the time: He recalls how Nixon was obsessed about opening a channel to China which he thought would help US extricate itself from Vietnam, as well as strike a blow to the Soviet Union, its Cold War rival, by exploiting their growing schism and rivalry with China. 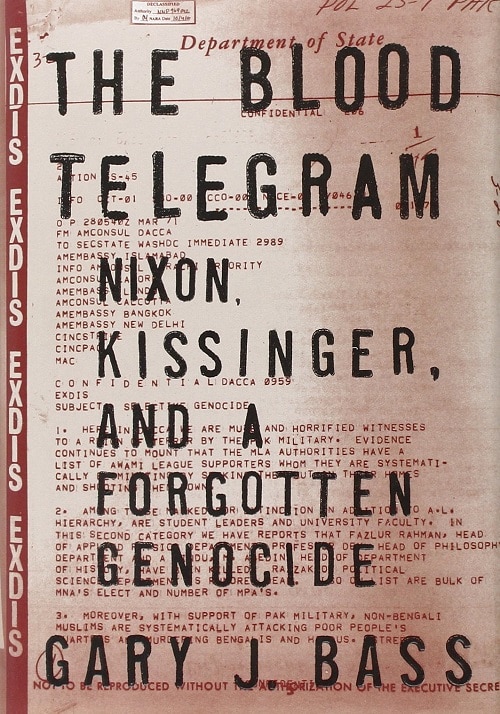 Pakistan – and its military dictator Yahya Khan – became Nixon’s secret liaison with the Chinese leadership, helping to lay the groundwork for Kissinger’s, and later Nixon’s, visit to China.

In practice, this meant that Yahya Khan suddenly became indispensable to the US – and free to do what he pleased in East Pakistan, while the White House averted its eyes.  300,000 Bengalis – mostly Hindus – were killed by the Pakistani Army, and 10 million refugees fled to India.

Nixon and Kissinger spurned the cables sent by their own diplomat in Dhaka that highlighted the massacre and used the word ‘selective genocide’ that targeted Hindus; and by failing to restrain West Pakistan, they let a bloodbath unfold.

The book shocks the reader with the conduct of, and vulgar language used by, the duplicitous Washington duo, as can be seen from the extensive quotes from the secret White House tapes that Bass deploys.

Paying for dissent, with Blood 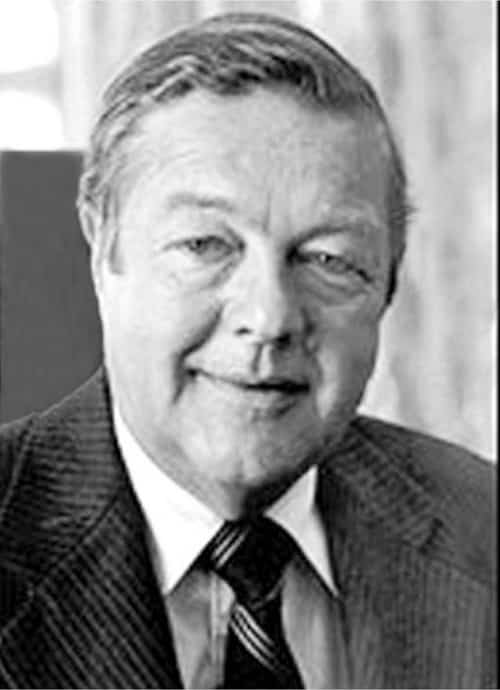 Blood glorifies the independence struggle and reflects a deep commitment to freedom by the author. Blood had to wait until 1998 for the State Department to declassify the documents pertaining to the events of 1971 before he wrote this book. It is both intensely personal as well as a serious account of the crisis.

Blood, along with 20 of his consular staff, despatched a cable expressing their ‘dissent from US policy toward East Pakistan’ and riled against their government for failing to stop the killings.

Blood was unceremoniously removed from Dhaka 18 months before his tenue was to end, and placed in an obscure section in the State Department. 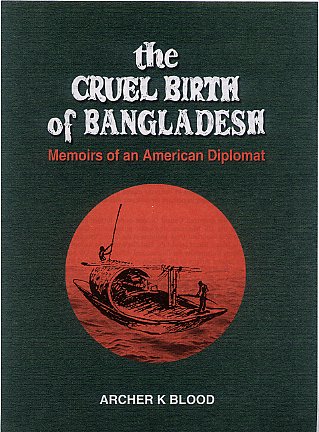 Thirty-three years later, when he died, the news of his death was in the front pages of all Bangladeshi newspapers and his family was overwhelmed by the spontaneous expressions of grief from that country.

Nixon and Kissinger had every right to pursue US national interests and they did change the course of history: the world has not quite acknowledged, however, that it came at a price, the lives of hundreds of thousands of Bangladeshis.

Five ‘must-read’ books to look forward to in July 2017